Translation: Risks in the Anti-Corruption Campaign 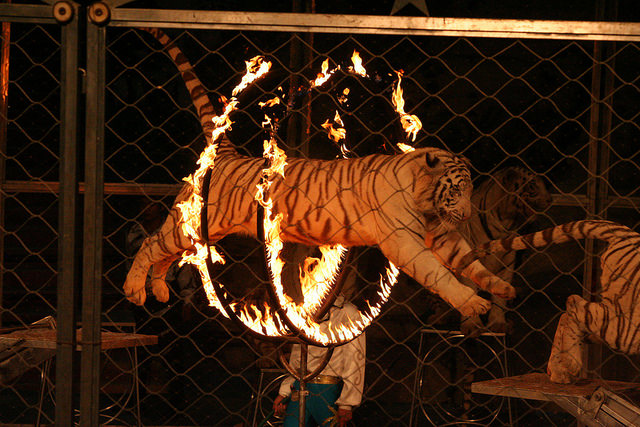 Xi Jinping’s anti-corruption campaign could be causing more problems than it is solving, according to the editorial translated below, from the American-based World Journal. The piece is fueled by rumors of assassination attempts—and successes, though the alleged victims are not named. It claims that President Xi Jinping and anti-corruption czar Wang Qishan have been the targets of several assassination attempts, and that former People’s Liberation Army (PLA) officer Gu Junshan, under investigation for graft, has twice escaped death. While none of these claims has been substantiated, the article shows how Xi’s drive to catch both “tigers” and “flies” has stoked paranoia and fueled the rumor mill. In a special December report for Reuters, David Langue wrote that Wang Qishan’s Central Commission for Discipline Inspection (CCDI) “openly encourages a climate of fear,” a point reiterated in a more recent report by James Palmer at Vice. The World Journal also points out another potential effect of constant, high-profile graft busting: the growing sense among the public that no one is clean.

The Spread of Assassination and Suicide: Dangers in Anti-Corruption Campaign Are Everywhere

Since 2012, when Xi Jinping took highest position in the Chinese Communist Party (CCP), he has cracked down on corruption with an iron fist, and the effects are there for all to see. As the anti-corruption campaign continues, its scope is ever widening, and the dangers are ever increasing. 2015 has been called a crucial year for the CCP anti-corruption campaign. Apart from the imminent trials of former Politburo Standing Committee member Zhou Yongkang and some fellow “big tigers,” former Central Military Commission vice-chair Guo Boxiong and several other “big tigers” are expected to be sacked at any moment. These people for years wielded much power in the Party, and they have numerous henchmen in the Party, government, and military. With even the slightest incaution, they will “bite the tigers who failed to suppress them.” Recently there has been a constant murmur about assassination plots against Xi Jinping and anti-corruption chief Wang Qishan, while stories of officials committing suicide continue to pour in. Both indicate that this campaign is at a critical juncture that won’t be ending anytime soon.

The ultimate goal of Party’s iron-fisted drive against corruption is undoubtedly to protect the long-term stability of “single party rule.” There doesn’t seem to be any argument on this point within the Party. But when the anti-corruption hammer falls on your own head, nobody lies down without a fight. Some quickly transfer their assets, send their children overseas, and wait for an opportunity to flee. Others look for new patrons and hope to bide their time in peace. And then there are those cornered dogs who tackle the anti-corruption campaigners head-on, fighting to the brink of death.

Early on, when political commissar of the People’s Liberation Army (PLA) Logistics Department Liu Yuan toppled deputy logistics chief Lt. General Gu Junshan by reporting him for corruption, he was twice nearly killed by Gu’s assassins. Government officials neither confirmed nor denied this rumor. But at the “Two Sessions” on March 5, Liu told the Hong Kong media, “There is an underworld, and there are issues, but there is no such thing as this plot. Do you think the PLA is afraid of this?” It seems that the rumors were far from baseless.

The most recent assassination rumor focused on Wang Qishan, secretary of the Central Commission for Discipline Inspection (CCDI). Hong Kong media say that Wang has struck such terror in the hearts of corrupt officials that this year he has narrowly escaped a number of plots in Shanxi, Tianjin, and Henan. Hong Kong media have quoted internal Party documents stating “a recent central Party circular revealed that since 2013, primary CCDI officers have suffered more than 40 violent attacks, assassinations or other incidents. Among these, 12 were directed at Wang Qishan.”

The corrupt bloc within the Party have targeted officials, even the most senior leaders, for assassination and revenge. While this is difficult to confirm, judging by the shadows cast from the paper lantern surrounding the Beijing PLA command and the Central Security Bureau, the high CCP officials sense that the anti-corruption campaign has shoved them into the hostile embrace of vested interests. They must now stay vigilant and refrain from going after the objects of their desire, or else chaos could descend on the mainland.

Now the CCP is at a crossroads. Besides potential counter-attacks from vested interests, another risk is the drift of people’s feelings about the anti-corruption campaign. One day the masses see an incorruptible official pledging his loyalty to them, and the next day his rot is exposed, his money piling to the heavens. One by one, these exposures break through the people’s mental bottom line, and the idea of the “evil official” rises further. The People’s Daily published an article the other day called “Are There No Good Officials?” that quotes the saying, “Local officials at the deputy level up who are 55 and older are all corrupt. The only difference is whether they’re ‘tigers’ or ‘flies.’” And then there’s this more ruthless one: “If you line up all the officials in front of a firing squad, there’s bound to be a few innocents who die. But if you pick them off one by one, some of the guilty will surely slip away.”

The People’s Daily commentary points out that officialdom is losing its credibility. When people hear that an official has committed suicide, they think he must have been avoiding punishment for his crimes. Mention that a female official was promoted, and they suspect there’s some unspoken rule. If they see a luxury car in an accident, they connect it to the “governing second generation” and the “rich second generation.” Add to this the visual impact of “corrupt officials every day” who are “caught without fail” and you further prove the theory that “there are no clean officials.”

The People’s Daily reflects on whether the CCP should continue the anti-corruption campaign, and whether corrupt officials should ask for amnesty; it also reflects on the heel-dragging of “tigers” and the difficulty of carrying out the campaign. There are overseas reports that say the Politburo Standing Committee once held a vote on amnesty for corrupt officials, and that only Xi Jinping, Li Keqiang, and Wang Qishan were opposed. Hong Kong’s Wen Wei Po quoted Gao Bo, assistant secretary of the Chinese Academy of Social Sciences Center for Clean Government: “When Wang Qishan was recently asked about the possibility of amnesty for corrupt officials, he took a deep sigh and said, ‘It isn’t time yet.’”

While the corrupt bloc has rebounded, the bureaucrats have used “do-nothingness” as a form of passive resistance to the anti-corruption campaign. This renders the authorities doubly incapable. Several times now Li Keqiang has warned the “do-nothing” officials that “lazy governance” is also a form of corruption, and that they must hold themselves accountable.

The CCP stresses that the anti-corruption campaign is “forever in progress.” They must face the risk of inertia or imperceptible movement within the bureaucracy. Assassination, retaliation, and counter-attacks have created a big variable in fighting corruption and maintaining stability. Step by step, risks and opportunities emerge for Xi Jinping and Wang Qishan’s own safety, and even for how they’ll fend off revenge after retirement. Whether this is a power struggle or a cleanup of government, and where this process sits between right and wrong, is impossible for an outsider to know. [Chinese]