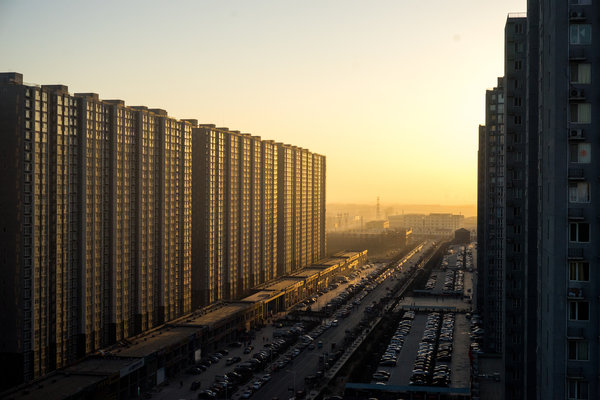 At The New York Times, Ian Johnson provides an in-depth look at the creation of Jing-Jin-Ji, a new mega metropolis that will span Beijing, Tianjin, and Hebei. As a part of a comprehensive government plan to stimulate the region’s economy and promote the growth of innovative industries, the new supercity will accommodate over 100 million residents who will be connected across the region with high-speed rail.

For decades, China’s government has tried to limit the size of Beijing, the capital, through draconian residency permits. Now, the government has embarked on an ambitious plan to make Beijing the center of a new supercity of 130 million people.

The planned megalopolis, a metropolitan area that would be about six times the size of New York’s, is meant to revamp northern China’s economy and become a laboratory for modern urban growth.

“The supercity is the vanguard of economic reform,” said Liu Gang, a professor at Nankai University in Tianjin who advises local governments on regional development. “It reflects the senior leadership’s views on the need for integration, innovation and environmental protection.”

The new region will link the research facilities and creative culture of Beijing with the economic muscle of the port city of Tianjin and the hinterlands of Hebei Province, forcing areas that have never cooperated to work together.

[…] It would be spread over 82,000 square miles, about the size of Kansas, and hold a population larger than a third of the United States. And unlike metro areas that have grown up organically, Jing-Jin-Ji would be a very deliberate creation. Its centerpiece: a huge expansion of high-speed rail to bring the major cities within an hour’s commute of each other. [Source]

As a part of the creation of this supercity, the Beijing municipal government announced plans earlier this month to move its bureaucracy to the suburb of Tongzhou. Along with the city’s administrative offices, hospitals, factories, and other services will also be moved out of Beijing to surrounding hinterlands to ease traffic congestion and offset the city’s residency limits. The New York Times’ Ian Johnson reports:

At the end of a Communist Party meeting, city officials said on the evening news that hospitals, wholesale markets and some of the city’s administrative offices would move outside the city center. Beijing is to limit its population to 23 million, slightly more than its current estimated population of 22 million, and reduce the population of its six core districts by 15 percent. Many important services will move to suburbs or neighboring Hebei Province, officials said.

The centerpiece of the plan will be an administrative center in the Beijing suburb of Tongzhou, a historic move that reverses decades of urban planning that wedged government offices into the imperial city center. The move will begin by 2017 at the latest, the Beijing party secretary, Guo Jinlong, said in a speech.

In addition, city officials said, 50 city hospitals will begin cooperating with hospitals in Hebei Province, and some will move important facilities to surrounding communities. The neurological unit in Tiantan Hospital, for example, will move to another suburb, Fengtai, by 2017, they said.

The city also said it would move 1,200 pollution-causing businesses out of the urban center. [Source]