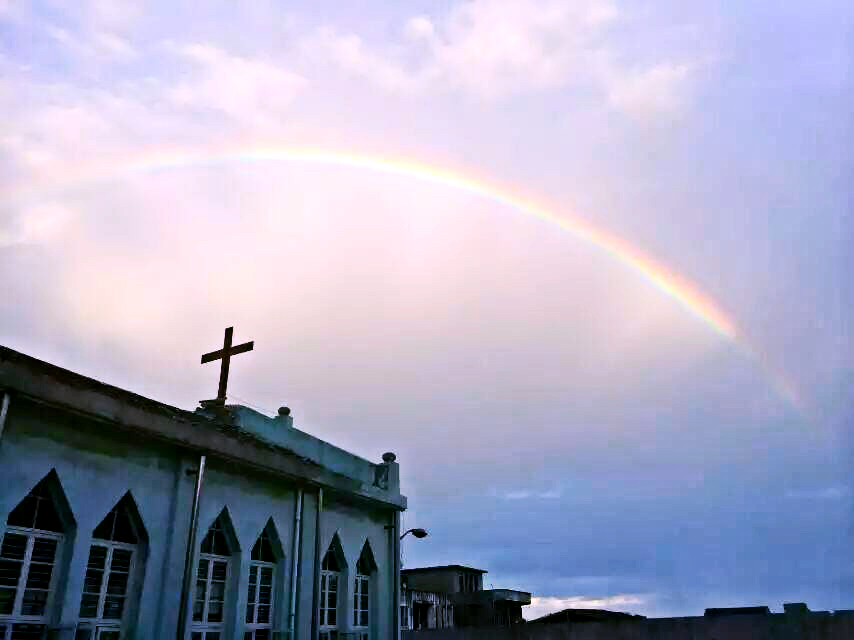 A request from the Wenzhou Internet police to surveil a Weibo user posting about church crosses has been making the rounds on Weibo and Twitter:

Neither of the posts mentioned in the letter remain on Weibo user @Fr_Francis_Jonathan’s feed, but similar messages abound: On August 23, 2015, Pastor Li Shan’s Pingyangshui Church of Wenzhou re-erected the cross. We return all glory to God, and hope that more church raise high the crosses that were brought down! (August 23, 2015) [Chinese] After the cross was re-erected on Wuxi Church, a rainbow appeared in the sky. It is too beautiful for words. Praise God! (August 22, 2015) [Chinese]

Over 1,200 crosses have been removed from churches in Zhejiang since 2013. A provincial official recently justified the ongoing campaign as a safety measure. Taishun County, where the churches in @Fr_Francis_Jonathan’s posts are located, is a part of the prefecture-level city of Wenzhou, Zhejiang, nicknamed the “Jerusalem of the East” for its long-standing (and growing) Christian community. Resistance to cross removal lead to clashes with the police in July 2014.