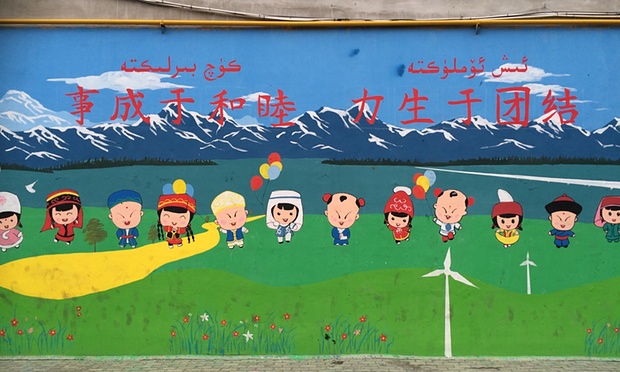 On September 18, as state media was launching a propaganda campaign to accompany a 60th anniversary celebration of the troubled Xinjiang Uyghur Autonomous Region’s founding, an attack left over 50 dead at a coal mine in Baicheng county, Aksu, Xinjiang. With the region still under heavy security over a month later, The New York Times’ Andrew Jacobs reports on official’s continued efforts to keep the deadly incident in the shadows, and the reluctance of locals to talk to visiting reporters:

Even as Baicheng County remains in a state of siege, with an enormous manhunt underway, the Chinese news media has yet to report on the massacre, and local officials, when asked about it, have denied that it even took place.

[…] Last week, the county seat was bristling with heavily armed police officers and was subject to a nighttime curfew. At main intersections, officers huddled behind sandbags; at Baicheng County Hospital, they guarded the rooms of the half-dozen injured mine workers yet to be discharged.

[…] Despite the siege atmosphere, many Baicheng residents said they knew little about what had happened at the coal mine. “We don’t know anything, and we feel safer if it stays that way,” the desk clerk of a local hotel said with a shrug and a smile.

[…] At the county hospital, relatives of the injured workers were reluctant to talk to a reporter, but one man, who gave his surname, Liu, said the government was paying the medical bills for his brother-in-law, a native of Sichuan whose hand was slashed during the attack.

Last week, Radio Free Asia reported that officials had identified 17 people from three families suspected of carrying out the deadly attack, quoting one local official who believes those wanted may have reacted in response to the ongoing government anti-terror campaign in the region:

“I am sure that this incident was the direct result of our county enforcing campaigns [by the Chinese] to promote modern culture and expel extremism,” he said.

“I think we harassed them during the campaigns,” Turdi said. “Maybe they could not take it anymore. Based on the fact that they killed not only police officers, but also Chinese bosses and workers, we can say that they might have been poisoned by separatist ideology.”

Local officials had to force Eysa’s relatives to participate in six campaign sessions, he said.

“Every time the family was not only forced to join, but also brought to our offices and educated,” Turdi  said. “They were clearly irritated about this.” […] [Source]

Increasing violence in Xinjiang and elsewhere in China, blamed by authorities on Xinjiang separatists and religious extremists, prompted Beijing last May to launch an ongoing “war against terror.” The campaign has so far included enhanced security measures; intelligence gathering relying on official efforts, drone surveillance, and cash rewards for community members; a life-long prison sentence for Uyghur scholar Ilham Tohti that has been sharply criticized by diplomats and rights activists; as well as the controversial targeting of religious and cultural customs observed by many Uyghurs.