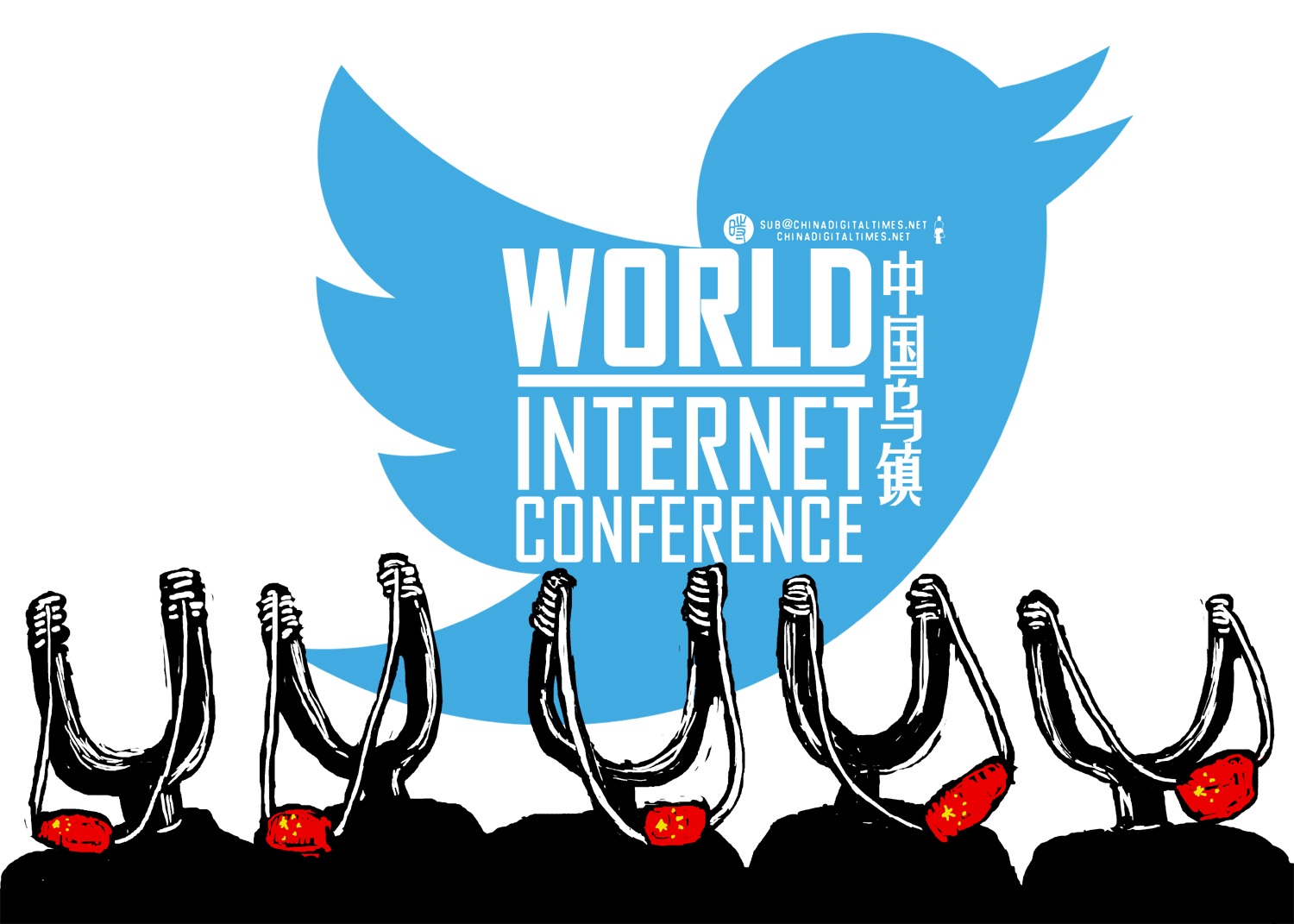 The second World Internet Conference begins next week in the picturesque canal city of Wuzhen. Invitations for last year’s conference went out a month before the summit, and participants were mostly from China, though LinkedIn was represented. This year, Russian Prime Minister Dmitry Medvedev and Pakistani Prime Minister Nawaz Sharif will be in attendance, and Chinese President Xi Jinping will deliver the keynote speech.

Cyberspace Administration Minister Lu Wei, who helms these conferences, is increasingly confident about China’s “management” of the Internet. At a press conference today, Lu insisted that China does not censor online content, only regulates it. He pointed to the growth of Internet use in China as proof. “If we really censor the Internet, how come our Internet user population and their reliance on the Internet keep growing?“

On Weibo, comments on a CCTV post quoting Lu from the press conference were well regulated. Within minutes of the post appearing, the number of comments dropped from 135 to 24. There are 30 as of publication, but none of them are visible:

Nine minutes after the CCTV post appeared, it had 90 reposts and 135 comments.

The quotation from Lu justifies why some foreign Internet companies are not welcome behind the Great Firewall:

I have no way of changing you, but I do have the right to choose my friends. We do not welcome those who earn Chinese money and occupy Chinese markets while slandering China, just as no family would welcome an unkind guest into their home. We are open to global Internet business. As long as you don’t hurt the interests of China and its consumers, we will welcome you. [Chinese]

Lu has emphasized his “power to choose my friends”  before.

China’s cyberczar further argued today that Western countries also regulate the Internet, and that China has more to learn from them in this regard—despite an ongoing campaign to excise “Western values” from higher education, the law, and other spaces for public thought. Lu does have a point, though: Freedom House’s 2015 “Freedom on the Net” report found increased surveillance and storage of metadata in place like Australia and France.

The night before the conclusion of last year’s summit in Wuzhen, hard copies of a manifesto on “Internet sovereignty” were slipped under the hotel doors of attendees, who were invited to submit critiques by 8 a.m. the following morning. There will be no declaration issued this year, Lu said today.