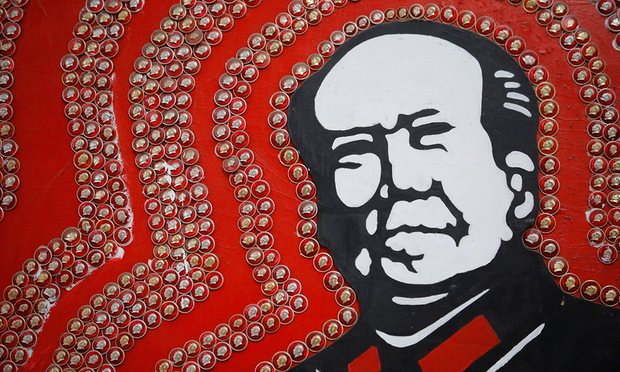 China’s Great Proletarian Cultural Revolution began exactly fifty years ago today. Unleashed by Mao Zedong as a means to reassert his authority over the Communist Party with the help of the Chinese masses, the Cultural Revolution led to a decade of violent political upheaval and widespread social turmoil. With the lack of public discussion and official memorial events, the 50th anniversary of this devastating period in Chinese history has been marked largely with silence. Aside from desolate cemeteries and private exhibitions, few physical remnants of the traumatic decade are available for public view. Despite the growing abundance of personal accounts from those who lived through the decade, it remains difficult for scholars and historians to document the period. Researchers inside China are barred from accepting interviews related to the Cultural Revolution and books written about the event are often banned from publication. In The Diplomat, Perry Link explores the ways people remember the Cultural Revolution on a personal level, writing: “For Chinese society as a whole, the two earthquakes of late Maoism (the Great Leap Forward and the Cultural Revolution) were so fundamental and so pervasive in their consequences that people who are living through the continuing undulations are better described as still coping with the Cultural Revolution than as struggling to recall it.”

A commentary on the anniversary in The People’s Daily Monday was a rare official acknowledgement, though it didn’t veer from the official Party line on that period of Chinese history. Chris Buckley at The New York Times reports:

“History always advances, and we sum up and absorb the lessons of history in order to use it as a mirror to better advance,” said the commentary, which appeared late Monday on the website of the newspaper, People’s Daily, after a day when official news outlets were mostly mute about the anniversary. “We must certainly fix in our memories the historic lessons of the Cultural Revolution.”

The article was the party’s most high-level public comment so far on the 50th anniversary of the revolution, Mao’s effort to cleanse and reinvigorate Communism by attacking his own colleagues and unleashing the Red Guards, fervent student militants recruited to enforce his cause. It also appeared in the print edition of People’s Daily on tuesday, on an inside page.

But the commentary broke no new ground. It asserted that the Communist Party’s verdict condemning the Cultural Revolution, delivered in a resolution in 1981, was “unshakably scientific and authoritative,” and urged Chinese people to rally around President Xi Jinping and his policies. [Source]

In another article at The New York Times, Buckley examines the potentially dangerous consequences of the government’s reluctance to reckon with the event five decades on:

The suppression of memory has blocked the kind of airing out of the episode — much less the assigning of legal culpability — that many who endured it believe could help the country move forward.

[…] Many survivors, former Red Guards and historians said the official reticence had permitted a dangerous nostalgia for Mao’s time.

They see no risk of a full-scale repeat of the Cultural Revolution. President Xi Jinping has none of Mao’s appetite for upheaval, and Chinese society is far less rigid and isolated now. But many said they worried about a return of the harsh political tactics, ideological zealotry and absolutist pronouncements that fed the fury of the Red Guards, Mao’s teenage political shock troops.

Nostalgia for Mao’s revolution can be seen in the recent rise of Maoist sentiments in places like Luoyang and Tianjin, where people from various walks of life, including laid-off workers and white-collar employees, gathered to commemorate Mao. Gerry Shih at AP reports:

“Either it’s because people have forgotten the Cultural Revolution or are increasingly dissatisfied with social conditions, but since the mid-1990s these kinds of [Maoist] ideas have been gaining currency,” said Xu Youyu, a former Chinese Academy of Social Sciences researcher.

[…] Grassroots Maoism has been “blossoming in every corner” in the past few years as social media has taken off, said Han Deqiang, a prominent Maoist lecturer and professor at Beihang University in Beijing. “Many consider General Secretary Xi Jinping a leftist, so we are certainly rising, even if we cannot vote or demonstrate under the Chinese system,” Han said.

People swarm around a clothesline and squint at dozens of pinned essays condemning the past 30 years of liberalization or positively reappraising the Cultural Revolution.

When asked, many reject historical accounts of widespread political chaos during the period, or absolve Mao of responsibility, saying he did not explicitly order violent abuse. [Source]

This public display of longing for Mao at the grassroots level has been accompanied by official events that harken back to the Mao era. Earlier this month, Beijing’s Great Hall of the People staged a controversial concert featuring songs that paid tribute to Mao and the Cultural Revolution. At the elite level, President Xi Jinping’s governance approach has been likened to Mao’s political style. Phillip Wen at The Sydney Morning Herald looks at the various traces of Mao that Xi displays:

[…P]erhaps the most stunning characteristic shared with Mao has been a growing personality cult around Xi fanned by the central propaganda department, which has produced some jarring results: newspaper front-pages dominated by Xi’s every move, saccharine music videos professing love and loyalty to the leader.

“It does harken back to Mao, this personality cult, the concentration of power by casting aside the collective leadership … now his style is quite dictatorial, demanding loyalty ideologically,” says Sun, the historian. “He’s anti-Western, dismissive of universal values and he also rules by fear, in the form of the anti-corrupt campaigns and cracking down on dissent and tightening the control on media, education, culture – all this does harken back to Mao’s practice.”

[…R]ather than rejecting Mao Zedong’s methods, Mao Yushi says Xi has actively sought to embrace, what after all, had been brutally effective methods of propaganda control and inspiring loyalty and adulation.

“Though Mao killed tens of millions, he is still seen as a saviour, people idolise him till this day. Xi is learning from him,” he says. [Source]

While some observers believe the claims that Xi is building a “cult of personality” are overblown, the Guardian’s Tom Phillips reports on the lasting impact of the Cultural Revolution on present-day China, both politically and socially:

Daniel Leese, a Cultural Revolution expert from Freiburg University who is researching the legacies of the Mao era, said one consequence was the fixation of Chinese leaders with political stability.

“From the view of the party it is very clear that one of the main legacies is that you should never let go of control, you should always maintain the commanding heights, there shouldn’t be factionalism at all within the party,” he said.

[…] MacFarquhar, the author of Mao’s Last Revolution, said half-a-century on the role of ordinary Chinese citizens in the violence had still not been been sufficiently interrogated.

“I think that the most terrible aspect of the Cultural Revolution was not just that the chairman threw the whole country into chaos. It was that having fired the starting gun, Chinese became immensely cruel to each other,” he said.

“It wasn’t as if some Nazi boss had said, ‘Kill these 6,000 Jews’. People just fought each other, killed each other – especially in the Red Guard factional fights … It was just a case of letting them off the leash and they did it.” [Source]

Despite public apologies by former Red Guards for crimes committed during the Cultural Revolution, families of those who died in the tumultuous decade continue to seek justice for the cruelty that their loved ones suffered.

At The Economist, one writer reflects on the important role that Mao’s mass movement has played in shaping the political choices that Chinese leaders since Deng Xiaoping had made in the aftermath of the Cultural Revolution and the subsequent decades that followed.

Yet however much the Cultural Revolution is ignored officially, it casts a long shadow. Widespread abhorrence of it enabled the eventual rise of pragmatists led by Deng Xiaoping, who ushered in economic and social reforms. But it also exacerbated widespread disenchantment with politics; Rana Mitter, a historian at Oxford University, notes that older generations that suffered under Mao’s endless political campaigns and policy flip-flops transmitted their disillusionment to younger ones. Perhaps, Mr Plankers suggests, Chinese people are unusually determined to succeed in business partly in order to protect themselves against the randomness of power embodied in the Cultural Revolution.

[…] The violence of the Cultural Revolution, and the many officials it claimed as victims, may explain why China’s liberalisation of the economy has not gone hand-in-hand with greater democracy. To Westerners, the students protesting in Tiananmen Square in 1989 may have seemed a million miles from the Red Guards who had assembled there more than two decades earlier screaming Maoist slogans. But to China’s leaders, there has always been a connection: that the Cultural Revolution was a kind of “big democracy” (as Mao called it) in which ordinary people were given the power to topple officials they hated. The students in 1989 may not have been Mao-worshippers, but had they been given a chance, they would have acted just like the Red Guards, according to the logic of Chinese officials—with chaotic, vindictive rage. They produce no evidence. They do not need to. The nightmare of the Cultural Revolution continues to disturb the dream of Chinese democracy. [Source]

Both South China Morning Post and Initium Media have produced detailed multimedia overviews of the Cultural Revolution, the former in English and the latter in Chinese. At The New York Times, Austin Ramzy explains the basic context surrounding the event, from how it happened to who the major participants were. The New York Times has also collected personal accounts from Chinese academics and writers who were witnesses to that period in history. At Los Angeles Times, Jonathan Kaiman interviewed Ragnar Baldursson about his experience as a foreign exchange student in China at the end of the Cultural Revolution. Live tweets on the Cultural Revolution are also available from Twitter user @GPCR50.