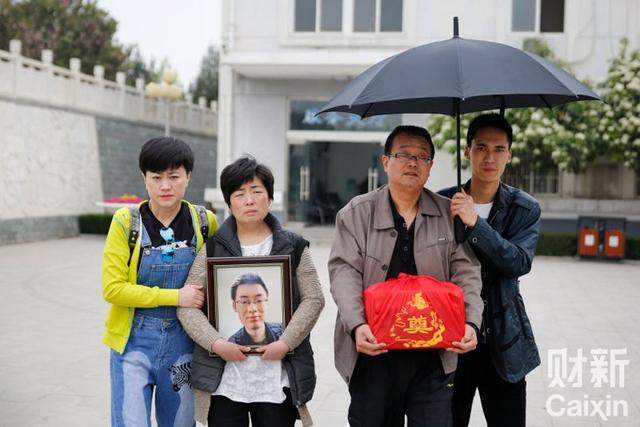 #Ban All local websites [overseen by provincial internet information offices] are asked to immediately and thoroughly find, delete, intercept, and attack information involving the inner workings of the Putian system, and to find and delete information involving armed police and army hospitals that incite or call to action; also, please complete collection of specimens of harmful [material]. Related specimens (headline + link) are to be sent to the group no later than 8:30 p.m. tonight. (May 3, 2016) [Chinese]

[Updated at 15:43 PDT on May 10, 2016: The following three directives were added to the original to CDT Chinese at 16:44 PDT on May 6, 2016. The first and third come from unnamed sources; the second is a screenshot from what appears to be a forum thread on the Xinhua website www.news.cn.]

All Websites: Except for wire copy, cease republishing new reports on the Wei Zexi incident. Stop doing in-depth analysis. Reports and commentary which pursue the story or dig into the behind-the-scenes are not permitted. [Reports] from sources which do not conform to regulations are all to be found and deleted. This is also effective for WeChat public accounts, official Weibo accounts, mobile apps, and mobile WAP pages. (May 4, 2016)

Online regulation and control work for the Wei Zexi incident is hereby reiterated. All website departments and local channels are kindly asked to strictly follow these demands and to promptly implement these directives:

All commercial news clients and mobile WAP pages must tone down coverage related to the Wei Zexi incident. Stop publishing updates related to the inner workings of the Putian system and to the Second Hospital of Beijing Armed Police Corps. Do not create features. Do not make live broadcasts. The network of medical businesses from Putian, Fujian Province runs at least 70 percent of private hospitals in China. The “Putian system,” also known as the Putian Clan, has been implicated in the death of 21-year-old Wei Zexi after he received experimental (and ineffective) cancer treatment at the Second Hospital of the Beijing Armed Police Corps. Wei found the treatment at the top of Baidu search results for his illness, synovial sarcoma. That result was a paid advertisement. Wei wrote bitterly about Baidu on the question-and-answer forum Zhihu, in response to the question “What is humanity’s greatest evil?” Wei passed away on April 12.

Baidu will be jointly investigated for questionable search ranking practices by the Cyberspace Administration of China, the National Health and Family Planning Commission, and the State Administration for Industry and Commerce. A separate investigation of the hospital was announced today.

Putian’s involvement in Wei’s treatment is unclear. People’s Daily reported that the hospital department where Wei was a patient operated under contract with a Putian company, but the hospital denies this claim. Austin Ramzy writes in the New York Times, “although some Chinese news outlets suggested a link, a nurse at the hospital told Huashang Bao, a newspaper based in Xi’an, that the hospital itself controlled the department.”

But he said he was not involved in the Wei case. “I have left this industry. I now devote myself to religious work,” he told Sixth Tone.

Cheng Kun, deputy general manager of Shanghai Claison Bio Technology Co. Ltd., said in an interview with Sixth Tone sister publication The Paper on Tuesday that when Wei received the immunotherapy at the Beijing Hospital in 2014, Shanghai Claison was the supplier of the technology.

According to filings to the Shanghai stock exchange, Putian businessman Chen Xinxi was controller of Shanghai Claison until December.

Manager Cheng insisted that his company only provided the technology, but didn’t employ any doctors and nurses to work at this biological treatment center in the Beijing hospital. “This technology treated 10,000 cancer patients in 2015 at around 30 hospitals nationwide,” he said.

The website of the hospital where Wei received treatment was registered by a company called Kangxin, established by Chen Xinxi. (The hospital’s website was offline by Sunday evening and the registration details were made anonymous by Tuesday morning.) [Source]

Putian ads are not just a problem for Baidu:

Read more on the Putian system from Vice and China Spoon via CDT.