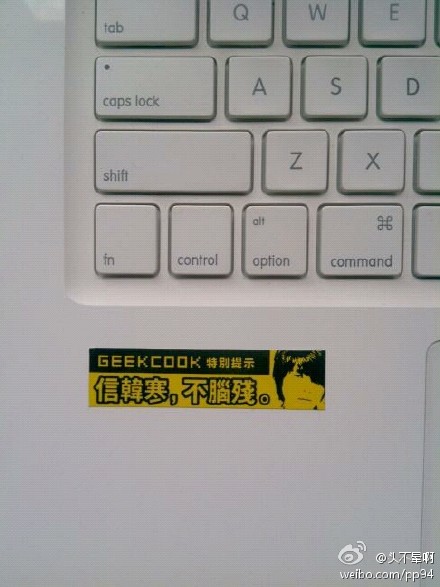 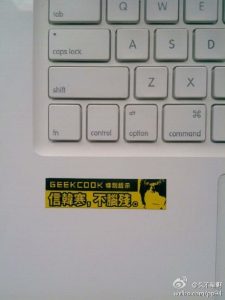 “Believe in Han Han and you won’t be brain-damaged.” (Source: Weibo)

Half-joke, half-invocation invented by fans of the writer-cum-speed-racer Han Han; derived from the saying “believe in Christ and obtain eternal life” (xìn Yēsū dé yǒngshēng 信耶稣得永生), itself based on John 3:36 (“He that believeth on the Son hath everlasting life“).

Han Han is a singer, director, race car driver, restaurateur, heartthrob, and for many years China’s most popular blogger. (He no longer actively blogs.) A wildly successful high school dropout, he is considered an icon of youth and nonconformity. If you believe in Han Han, the saying goes, you won’t be brain-damaged—i.e. a moron.

Han Han’s writing has been critical of the government, and has occasionally been blocked by web censors. He uses humor to reveal the hypocrisy of the Party’s propaganda and sheds light on social problems. He rejects the label “rebel,” however, and has also opined that China should strive for reform under the current regime, rather than full-fledged democracy.

“The Problem with Me,” a collection of Han Han’s work translated into English, was published in August 2016.

CDT has translated several of Han Han’s essays, included “Let the Sunshine In” and “The Liberation of Shifang.”

Tags :Han Han,word of the week