Southern Metropolis Daily: Let Us All Vote for Han Han 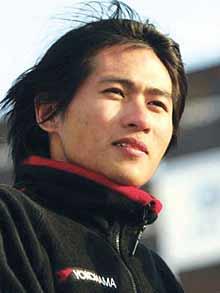 After dealing with the Internet giant Google’s challenge to their authority, the Chinese government is now facing another, potentially even greater, challenge: the blogger Han Han. Time Magazine’s selection of Han Han to its most influential 100 list, and his subsequent response, has become the focus of attention and debate in China, online and off. Han Han is a homegrown rebel. He turned down an acceptance to the prestigious Fudan University to become financially independent through his best-selling books and car racing career. Han Han now writes the most popular blog in China; despite – and perhaps because of – the fact that many of his blog posts are deleted by censors for their sharp critical tone, his following continues to grow. But Han Han is not simply a critic of the government; he has articulated a sense of justice, honesty, and compassion that his readers deeply relate to in today’s Chinese society. He has become a voice of change for the young generation.

When Time Magazine nominated him as a candidate for their 100 list, he responded with a passionate post which points his pen directly at the heart of the regime. The post garnered 20,000 comments, overwhelmingly supportive. And so Han Han is providing a new test for the authorities. In the past two decades, authorities have never allowed dissident figures a public space to express themselves or given them any recognition, even through public criticism. But Han Han’s following is too massive for them to simply ban or ignore, and so the battle will have to be fought in a more subtle way. In recent days, the authorities have used their propaganda machine – including People’s Daily and Xinhua – to send a message that Han Han and his fans do not represent China. People’s Daily, for example, ran a voter poll in which one question asked: “Do you think Han Han can represent China?” And the answer choices included:

Obviously, such a choice would force even his most ardent supporters to answer that Han Han “only partially” represents China. At the same time, all commercial Internet portals have been given instructions from propaganda officials not to set up Han Han as a topic page or poll. The Great Firewall has also established “Han Han” + “Time” as blocked keywords.

But Han Han’s millions of fans are not his only allies in this battle. In a testament to the true influence of Han Han, some reform-minded media have taken the unusual step of publicly taking sides. On April 11, Southern Metropolitan Daily published an editorial calling on its readers to vote for Han Han in the Time poll. Excerpts translated by CDT:

Because the darkness is too thick and heavy, the ray of light that is Han Han is being treated as total light. Actually, Han Han is only trying to be himself. He does not have privilege. Publication of his magazine is being constantly set back and his blog posts are often deleted. We never know if someday his name will become another sensitive word. His discontentment is many people’s discontentment. His ideals are being buried in the earth. He is surrounded by 300 million clicks, but as Chen Danqing said, he is alone and lonely. When everyone puts their own hope on Han Han’s shoulders, that is the time he is most lonely without support.

[…] Han Han produced a one-man racket, in contrast to the silence of so many. This is not the way it should be. The key to change is not in Han Han’s hands, it’s in everybody’s hands. The sound of hope is in the footsteps of everyone moving forward. Han Han’s value is to provide a reference to remind everyone one has to save himself and to find their lost courage and tenacity facing a gloomy life. How can one expect a writer and race car driver to save you? Han Han is lonely, fighting this battle by himself. Han Han does not lack people to worship him, he just needs co-travelers.

[…] Let us all give our vote to Han Han. This vote is not for the public intellectual Han Han, nor is it for opinion leader Han Han. Rather, it is a vote for an explorer who clearly defines his distance from the system. Vote for a sensitive young man who inspired people to look for their true self. At this moment, the identity of Han Han has no importance here. Voting for him is not voting for someone else, but voting for yourself. It’s voting for everyone who can be called human. Whether his name is Han Han or another name makes no difference.