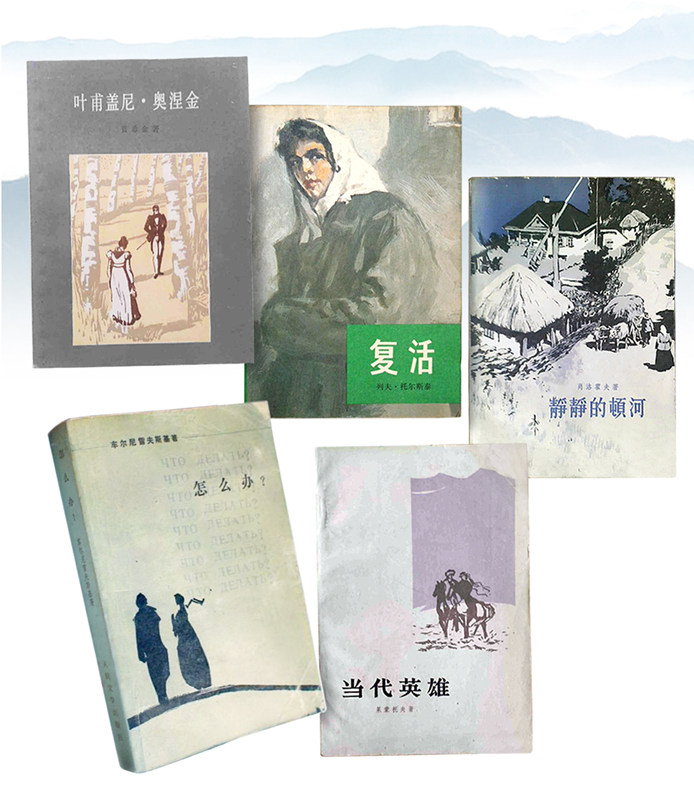 Do the CCP authorities believe that, by tearing out pages of a dictionary, they can obliterate Taiwan from humanity’s conscience and the face of the earth?

[…] This is why I have said that it doesn’t matter what palatial bookstores Taiwan or other free societies might construct in China, they will not help to open the minds of the Chinese people because their contents will be intellectually gutted by China’s ruthless censors.

[…] What happens with these fancy Taiwan and Hong Kong bookstores on the mainland is that the books are largely pablum, while the excitement comes from the decor, the cafes, the controlled lectures, etc., in other words, everything but books with truly thought-provoking contents. [Source]

Read more on China’s “fetish” for controlling representations of its territory, via CDT.

The topic of mind-opening reading material also arose on Chinese social media recently when People’s Daily’s published a description of Xi Jinping’s favorite books, and his conviction that great literature “possesses the ultimate power to move people and shape morality” (Chinese). The article marked the second anniversary of Xi’s landmark speech at a symposium for writers and artists which The Financial Times’ Lucy Hornby recently described as “the watershed for intellectuals” under his rule:

The text of Xi’s speech was not made publicly available until late 2015. But when it was, his take on contemporary literature caused many to shiver. The president denounced works that “ridicule the sublime, warp the classics, subvert history or defile the masses and heroic characters” and those wherein “good and evil cannot be distinguished, ugliness replaces beauty and the dark side of society is overemphasised”. Instead, he decreed, writers should produce works with “positive energy”. [Source]

Xi’s recommendations in the People’s Daily piece highlight Chinese and Russian classics, while also touching on American, French, and German works. Even so, Weibo user Muyao (@木遥) was unsatisfied with the scope of Xi’s reading. Some previous commenters have complained that Xi seems to have learned surprisingly little from his purportedly expansive literary diet. But in a now-deleted post, Muyao painted Xi as a victim of his Mao-era upbringing, lamenting that the tightly controlled reading material available during his youth actually offered only a narrow window on the world beyond China. This, he argues, has left its mark on Xi’s current leadership style, which has increasingly been characterised by sharp suspicion of the West. Despite frequent reports of fierce nationalism among today’s younger generation, Muyao expresses optimism about those who have grown up in a more open China. Translated by CDT:

In fact, I do believe he’s read those books. The book consumption of folks in the era before online distractions was amazing. I remember that the number I read before getting online far exceeded the total I’ve managed in the decade or two since. There were a couple of years where you could really call it a passionate thirst. I can’t even imagine his appetite for literature while he was sent down to the countryside during the Cultural Revolution.

The problem is that his reading was too uniform. Looking at his list took me back to the books that my parents accumulated when I was little. Those 1970s-era restricted publications, the plain-bound 19th Century classic novels from the People’s Literary Press, Stendhal, Balzac, Hugo, and the Soviet novels and Chinese classics. Any home bookshelves at that time must have had the same volumes, and his were certainly no exception.

But he himself admits that he hasn’t read American literature, apart from a few short works by Mark Twain and Hemingway. In fact, it’s not just American, but the whole of 20th Century Western literature, because it wasn’t available then. I bet he hasn’t read Faulkner, or Kafka, or Kundera, or Borges, or Nabokov, or Calvino. As for me, I didn’t come into contact with these until I was buying my own books during middle school, and they were all published after the 1980s. By then, he’d already begun his official career in Hebei, and mustn’t have had time for them. This isn’t just about adding to the book list, it’s a completely different dimension. I still remember the sense of unfamiliarity when I first read them; this new world was extremely hard to absorb. (People ten years younger than me probably don’t have this problem: they’ve grown up exposed to it, but I didn’t.)

If he’d read those books when he was young, it’s quite possible he’d be a different leader today. “You are what you eat,” spiritually as well as physically.