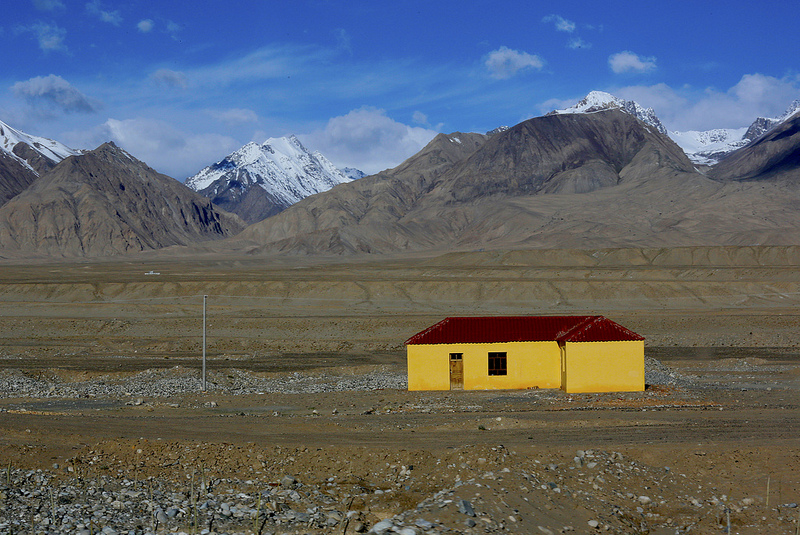 The Chinese Communist Party has established a new bureau for Xinjiang within its United Front Work Department to streamline policy coordination and provide strategic regional advice to the country’s leaders. The bureau’s creation comes amid President Xi Jinping’s call for the building of a “great wall of iron” to safeguard stability in the autonomous territory. From Global Times:

The new bureau is primarily in charge of analyzing Xinjiang’s situation and policies, and will assist in coordinating and supervising the implementation of the central government’s decisions on the region, according to statement released on the department’s WeChat account on Thursday.

Specifically, the bureau will conduct research on significant and sensitive issues and policies in the region, as well as recommend solutions.

The bureau is also in charge of coordinating between Xinjiang and other areas in China on issues affecting social stability, ethnic unity, ideology, economic development, education and employment, the statement said.

[…] Work involving Xinjiang is of special importance to China, and the region’s development and stability is vital to the country’s reform and stability, the statement said. [Source]

South China Morning Post’s Jun Mai writes that the formation of the bureau is a sign of a broader shift in decision-making power away from government bodies to the ruling Communist Party.

The creation of a new office for Xinjiang reflects Beijing’s growing concerns about stability in the region, which borders eight countries from Russia all the way round to India. The office also elevates Xinjiang-related issues on the work agenda of the ruling party to the same rank as non-Communist political parties, ethnic and religious issues, Hong Kong, Macau and Taiwan affairs, and Tibet affairs.

[…] Jiang Zhaoyong, an independent Beijing-based Xinjiang specialist, is sceptical whether the new bureau ill be effective in soothing the conflicts in the region.

“Implementation of the policies is still largely dependent on the regional chief,” he said. “We should pay closer attention to their moves, as the [United Front Work] department was seldom involved in Xinjiang affairs.”

Since President Xi Jinping came to power 41/2 years ago, he has been giving the party a more prominent role in managing key political, economic and social affairs, and the creation of a new bureau in the party’s united front work office fits the broad shift of decision-making power away from government towards the party. [Source]

At the same time, Xinjiang’s ethnic Uyghur population has been subject to increasingly intrusive social controls as the state intensifies efforts to stifle displays of Islamic identity. In April, officials banned parents from naming their newborns Jihad, Imam, Medina and Mohammed, among other Muslim baby names with religious overtones. A new legislation was also passed last month prohibiting “abnormal” beards and the wearing of veils in public places. In addition, cash reward systems for information on illegal religious and separatist activities have been set up in the region to incentivize whistler blowers. These developments are part of an ongoing nationwide “war on terror” that was launched in 2014 in response to a series of violent incidents in Xinjiang and elsewhere in China. While authorities have attributed the violence to Uyghur separatists and religious extremists, critics argue that the state’s regressive policies in the region are the root cause of unrest. Alongside new surveillance measures, authorities in Xinjiang have unveiled plans to deploy drones to patrol its borders as part of its fight against terrorism.

Xin Lin at Radio Free Asia reports that Chinese authorities have now ordered tour guides in Xinjiang to monitor visitors in the region and report all suspicious activities to the police. The guides themselves are also prohibited from discussing topics that are deemed politically sensitive.

“Only CITS is permitted to manage foreign tour groups,” the manager, who declined to be named, told RFA. “There are some place that are off-limits to foreigners, and some topics of conversation must be avoided.”

“We are obliged to report back to the police, not on everything they say, but if somebody won’t take no for an answer and insists on asking questions on banned topics, then this will cause a lot of problems [for them],” the manager said.

[…] Dilxat Raxit, spokesman for the Germany-based World Uyghur Congress group representing the Turkic-speaking, mostly Muslim Uyghur group who call Xinjiang home, said the rules are even stricter for Uyghurs hoping to work in the tourism sector in their own backyard.

“Uyghur tour guides are required to fill out a political appraisal form indicating that there have been no ‘separatist actions’ in their family for three generations,” Raxit told RFA on Friday. [Source]