Employees of Guo Wengui Confess to Fraud in Trial 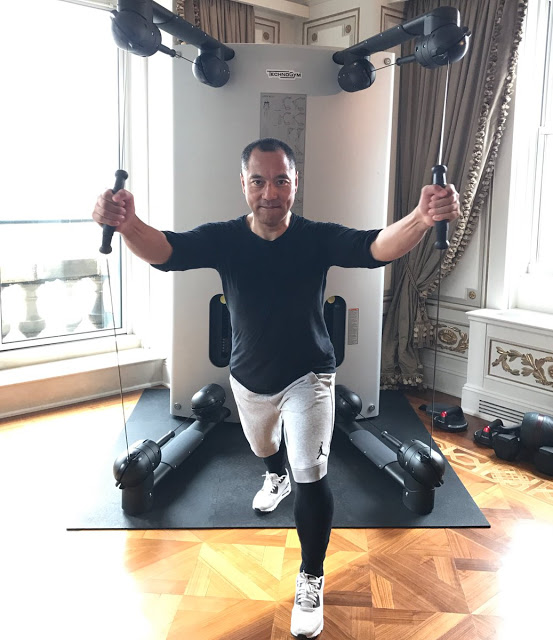 Guo Wengui, the exiled Chinese billionaire with known ties to the Ministry of State Security, has for months been levying allegations of corruption at Chinese media professionals, businessman, and ranking members of the CCP. His claims have raised the hackles of the leadership, who has launched a publicity war against Guo, lobbied for an Interpol red notice against him, and made sure that the Party line is the only easily available narrative on Guo in China. (However, CDT has documented evidence that Guo’s rampant social media activity and regular YouTube updates, in which he’s been continuing to lay out scattered allegations to his many adoring followers, are resonating in China.)

In what appears to be the latest official swipe at Guo, authorities allowed the Friday trial of three employees at his Beijing Pangu Investment company to receive an uncharacteristic amount of publicity, posting video and a transcript of the proceedings, and inviting the foreign press to observe the trial on a live video feed from the courthouse. Reuters’ Philip Wen and Gui Qing Koh report on the trial:

Appearing in the Dalian Xigang People’s Court on Friday, the three staff from Guo’s Beijing Pangu Investment confessed in a four-hour trial to obtaining 3.2 billion yuan ($470.5 million) from the Agricultural Bank of China in 2010 by using falsified company contracts, official seals and receipts. The loan was repaid in full in 2014. Two of the defendants also admitted to the false purchase of foreign currency.

[…] In a highly unusual move showing the Chinese government’s determination in countering Guo’s damaging allegations online, foreign media were granted access to watch a live feed of proceedings from a media room established in the courthouse. Often foreign media are barred from getting access to such events.

Transcripts and footage of proceedings were also posted on the court’s official Weibo account, an increasingly common practice used for politically sensitive cases where the government and party-controlled judiciary wants to get its narrative out.

[…] In closing statements, the defendants expressed regret, pleaded tearfully for leniency, and spoke of the impact their lengthy detention had on their families.

The court said a verdict would be handed down at an unspecified later date. [Source]

State media also reported on the trial in Dalian in English. Xinhua further outlines the charges against the Pangu employees and how they allegedly relate to Guo:

According to the indictment, Guo applied for loans from the Agricultural Bank of China under the company’s name and directed the three individuals to apply for loans allegedly for the company’s construction project in early 2010. The three then asked others to produce fake construction contracts and stamps, before submitting the forged documents to the bank to apply for the loans.

The bank issued loans totalling 3.2 billion yuan (470 million U.S. dollars) to Pangu. The company then presented fabricated invoices and used the loans for other purposes, later having to repay the loan after being found of misusing the money.

Prosecutors also charged Lyu and Xie with fraudulently obtaining foreign exchange totalling 13.5 million U.S. dollars from the Bank of Communications by using falsified furniture import contracts and invoices in 2012. A company controlled by Guo Qiang, the son of Guo Wengui, was used in the fraud.

The money was later transferred to a Hong Kong company for Guo Wengui to buy private aircraft.

The indictment said Guo Wengui and Guo Qiang would be dealt with in separate cases. [Source]

Coverage from the Financial Times highlights the rarity of the provision of an official live transcript of the trail against the Pangu employees: “Over recent years live transcripts were provided during only two high-profile corruption cases, one involving Bo Xilai, former head of China’s largest city, Chongqing, and a second concerning Liu Tienan, a former vice-minister at the National Development and Reform Commission, the state planner.”

The South China Morning Post’s Choi Chi-yuk relays Guo’s comments to the charges against the Pangu employees, as delivered in a live-streamed interview with overseas Chinese news outlet Mingjing just before the trial:

In a live streamed interview with overseas Chinese media Mingjing on Friday morning from New York, before the hearing, Guo said he had not yet seen the indictment or other documents related to the case. But he said he had got some bits of information from pretrial meetings.

“I was baffled after reading it … It was completely different from the truth as I know it,” he said. He said he did not want to make too many comments about the case because it was still being heard, but he did protest strongly about the charge of illegal purchase of foreign currency.

“I was very surprised by the charge … it is out of the question that I would buy foreign currency through fraudulent means,” he said. [Source]

Meanwhile, other accusations against Guo have also made it into the English-language media spotlight late this week. The South China Morning Post has reported that Australia-based Yuge Bromley, who Guo has alleged is the illegitimate daughter of anti-corruption chief and “second most powerful man in China” Wang Qishan, has dismissed the claim as “absurd” and suggested she may file a defamation suit against Guo. Also, at Caixin, Cui Xiangkang and Li Rongde report that a newly disclosed court document alleges that Guo paid an anti-corruption official close to six million yuan in bribes:

The midranking official was Meng Huiqing, who was at the Central Commission for Discipline Inspection (CCDI), the powerful anti-graft watchdog under the ruling Communist Party.

Meng was sentenced to 12 years in prison after being convicted of bribery last year. His sentence was only recently made public when the Beijing No. 2 Intermediate People’s Court released the verdict on its website, bjcourt.gov.cn

The documents provide an extensive picture of the relationship between Guo and Meng, describing how the two men colluded to profit from deals they helped broker between corrupt officials and businessmen in difficulty.

[…] The newly issued court verdict reveals that Guo paid Meng 5.72 million yuan, comprising 3 million in cash in 2011 and two homes worth 2.72 million yuan, in 2009. Meng also received steep discounts on the rental charge for an apartment at an estate developed by one of Guo’s companies. From January 2012 and January 2015, Meng paid only 18,000 yuan a year of rent on the property, far less than the market value of 85,200 yuan a year.

With Meng’s help, Guo was able to broker several deals on behalf of businessmen and government officials, including Zhao Yunan, the then-chairman of Tianjin Huatai, a subsidiary of Tianjin Bohai Circle, the court said. [Source]

Guo and Caixin’s chief editor Hu Shuli have a history as adversaries. In 2015, after Caixin published an exposé alleging that Guo had colluded with fallen deputy state security chief Ma Jian to bring down former Beijing vice-mayor Liu Zhihua, Guo responded with an open letter alleging that Hu illegally held stock in the state-owned Founder Group and had an affair with the company’s CEO (state censors quickly ordered the letter offline). Caixin and Hu then filed lawsuits against Guo in Hong Kong and Beijing. Amid his many allegations levied from New York via YouTube and Twitter in recent months, several have been aimed at Hu, accusing her of extortion and a conspiracy between her magazine and the National Security Department. Forbes last week reported that Hu Shuli has asked a New York state judge to force Guo’s hand by requiring him to provide documents supporting the allegations against Hu and Caixin.

For more on the ongoing publicity war between Guo Wengui and Zhongnanhai, see prior coverage from CDT. See also Global Voices translated roundup of Twitter dialogue in support of and criticizing Guo.