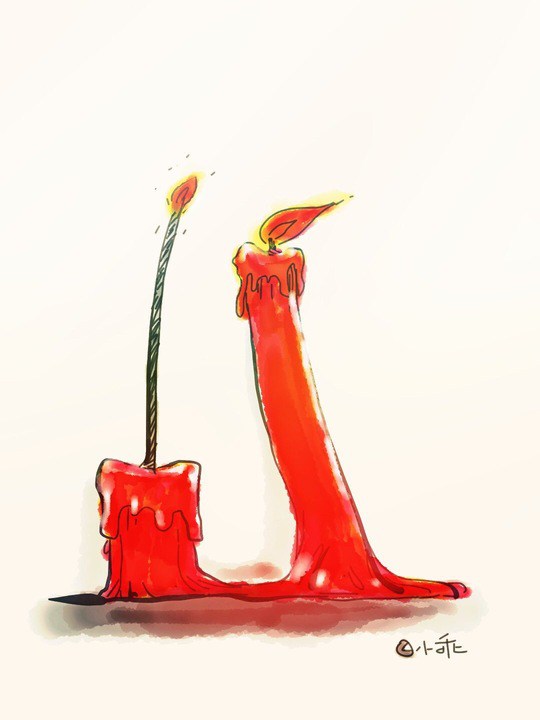 Not allowed to visit him themselves, friends and supporters of Liu’s have expressed their admiration and support for the ailing writer online through essays, poems, and cartoons. Cartoonist Xiao Guai (小乖) payed homage to the evident bond between Liu and his wife, writer Liu Xia. In a drawing inspired by a widely circulated photo of a frail Liu Xiaobo leaning into Liu Xia in the hospital, Xiao Guai depicts them as candles–one standing strong and burning bright, while the other is close to being extinguished.

CDT cartoonist Badiucao has also posted a series of images honoring Liu, including this one, titled, “Searching for Liu Xiaobo.” The one blue chair signifies the empty chair left for Liu at the Nobel awards ceremony in 2010, which he could not attend due to his imprisonment. 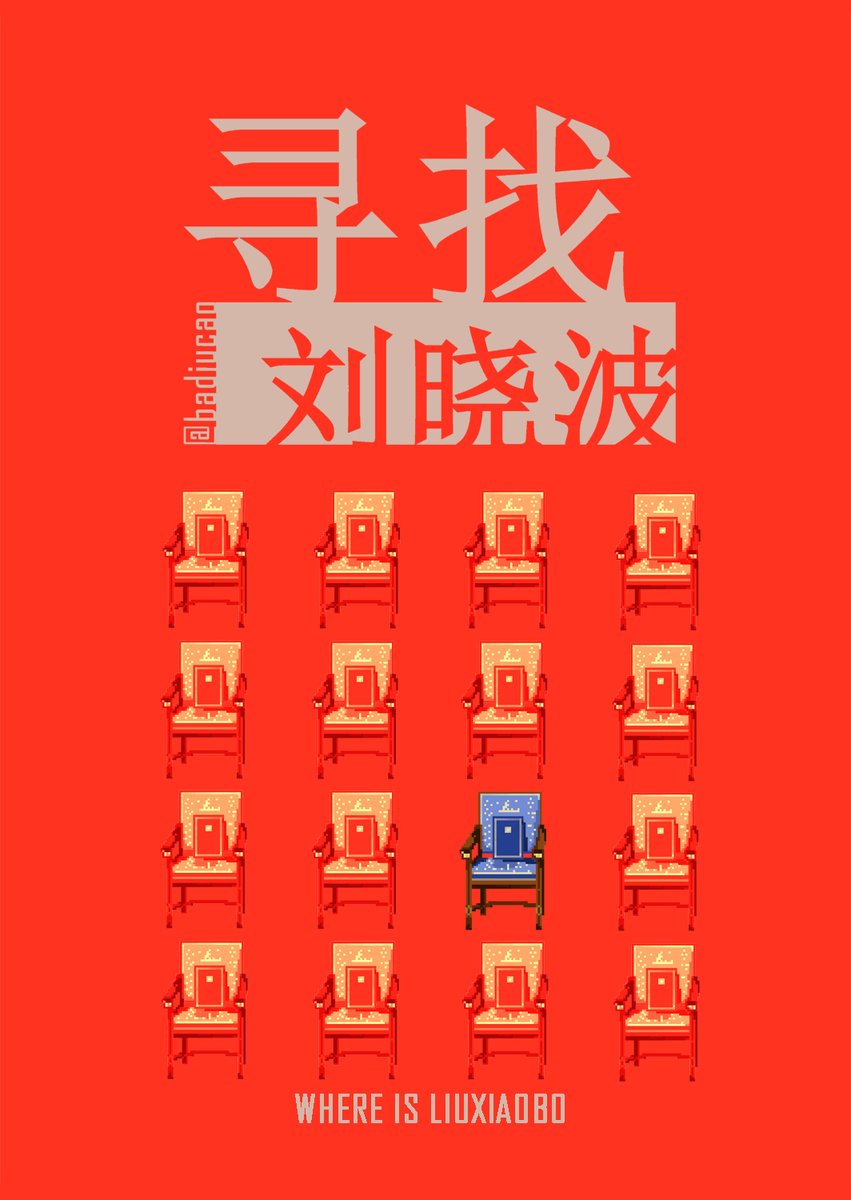 The following poem was written anonymously and then later deleted from WeChat:

There is someone who will die soon

There is someone who will die soon
as I write these words
he dies a bit more.
He’s as thin as the last scrap of paper
left in our time.
He has no crime, he has no enemies,
he has no spite. But still
through death he puts to shame the authors of this era.
His wife, just as thin,
puts to shame all other loves.
My brothers say: leave politics behind
don’t wail, don’t look.
But I think it’s the least that a writer can do.
My friends write happy things
I love them, holding back my complaint.
My elders say: think of the flowers, your dog
you wouldn’t want to lose them.
But I think it’s the least that a conscience can do.
I’ve known it all my life
the pained hand reaching up through the snow.
My parents and my wife say: think of your children
such is everyone’s fear
But I think it’s the least that a person can do.
Twenty-seven years ago, one word
was flattened by a tank. He still can’t stand
the laughter ringing in the palace
the palace dwellers think they know
all living things are ants. But it’s true.
I know what happened in 1630: the criminal sliced up slowly in Caishikou
the people snatching up his meat. The emperor
snickering at the eunuch’s report.
All living things are ants, I know it’s true
the city people, bandits, emperors, the trees on the hill
none knows if the empire will last four more years.
As I write these words
he has died even more.
How many days left? Three? Two?
He’s pure as a saint,
an omen for his killers.
His death will drain the color from our time
like a blinding light.
But it might unleash a signal
of good or ill, no one can say. [Chinese]

Poem translation by Anne Henochowicz. Read more by and about Liu Xiaobo via CDT.