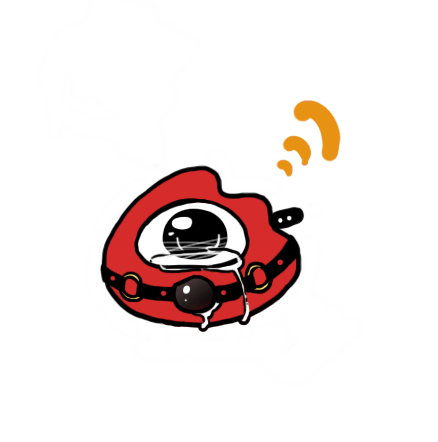 Social media platform Weibo has once again been targeted by Chinese regulators for failing to control “harmful content,” Xinhua reports:

The Beijing office of the Cyberspace Administration of China on Saturday summoned Weibo’s boss for talk concerning the company’s failure to censor illegal information posted by its users.

“Content of wrong public opinion orientation, obscenity, low taste, and ethnic discrimination continued to spread on Sina Weibo,” said a statement issued by the office. “The problems were serious.”

The Weibo boss said operation of several sections would be suspended for a week for overhaul.

[…] The spread of false, illegal and harmful content on the Internet is a common issue facing countries around the world. [Source]

The move is just the latest in a long-running tightening of restrictions on even apolitical entertainment content online. State media have reported that 128,000 websites were closed and 31 million publications containing “obscene content” were confiscated in 2017. Earlier this month, the CAC issued a similar reprimand and service suspension to content aggregator Toutiao, accusing it of “spreading pornographic and vulgar information” and “causing a negative impact on public opinion online.” Similar complaints were behind token but ominous fines levied by the CAC against Weibo, Tencent, and Baidu last autumn. In the summer, the CAC had demanded closure of popular entertainment accounts on Weibo and other platforms, while the State Administration of Press, Publication, Radio, Film and Television, another top regulator, had warned Weibo and two other sites to shut down audio and video streaming services. In 2016, SAPPRFT itself was criticized for inadequately vigorous media supervision in an assessment from the Central Commission for Discipline Inspection that described its work as “lackluster,” “insipid,” “feeble,” “weak,” “slack,” “deficient,” “unsound,” “non-standard,” and “lax.” Tech firms have responded to heightened pressure by boosting their content moderation capacities, with some attempting to recruit users to help.

Weibo’s current woes involve a “black market” in manipulation of its trending topics lists, described on Monday by The Financial Times’ Yuan Yang and Yingzhi Yang:

A search of business-to-business ecommerce portal Zhubajie.com yielded more than 800 results for Weibo hot topics, with companies offering to get a hashtag of choice into the platform’s top 10 trending topics for as little as Rmb8,000 ($1,260) by creating fake Weibo accounts.

Mark Natkin, of Marbridge Consulting in Beijing, said the practice of third-party service firms helping clients to “game the system” for a fee was “endemic” across China. [Source]

What’s On Weibo’s Manya Koetse reported further, listing some of the celebrities who have been exiled from the trend lists for the next three months. The lists themselves are included in the week-long suspension.

On January 28, Weibo’s Administrator (@微博管理员) announced the recent measures and published a list of celebrity names that can no longer hit the ‘most popular’ charts on Weibo for the time to come.

One of the reasons mentioned for the ban is that these celebrities would allegedly buy their way to the top trending lists on Weibo. […]

[…] Based on online data of the past month, Weibo administrators issued a list of 38 celebrity names, topics, and hashtags that were allegedly illegally bought up the trending charts by companies.

[…] The topic of the recent ban on Weibo hot lists itself became a much-discussed issue on Chinese social media. Many netizens dislike the fact that so many celebrities buy their way into the top trending lists, but also express their dissatisfaction with the list of names exposed by Sina Weibo: “There are so many people who frequently buy themselves into the hot lists, yet why are they not on this list?”, many said. [Source]

The barred celebrities, Koetse writes, include “actress Li Xiaolu (李小璐), who recently made it to the top trending lists for her extramarital affair with hip-hop artist PG One.” The rapper’s lewd lyrics made him an early target of the recent crackdown on Chinese hip-hop which was covered at CDT last week and further scrutinized and contextualized by the Magpie Kingdom newsletter. South China Morning Post’s Zhuang Pinghui noted another PG One appearance in the Weibo trend-manipulation kerfuffle:

The move comes weeks after state-run Ziguangge magazine, or “Tower of Purple Light”, was listed on Weibo’s top searches ranking under the hashtag “ZiguanggeGutterOil”.

Fans of Chinese rapper PG One were allegedly behind the hashtag, retaliating against the magazine’s criticism of the musician’s lyrics and lifestyle with mockery.

It was suggested that the monthly magazine’s title sounded like the name of a restaurant chain in Beijing, with a reference to “gutter oil” added – a term to describe recycled cooking oil. State media has alleged the fans paid to have the hashtag pushed up the trending list. [Source]