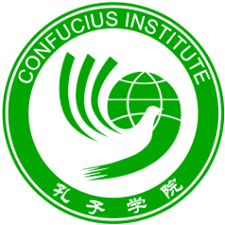 Since Xi Jinping became president in 2012, China has increasingly been criticized for attempting to manipulate its diaspora in order to support political objectives. Peter Mattis in War on the Rocks provides the reasoning:

The CCP seeks to influence the outside world, especially the United States, for two major reasons. The first is preserving the power of the party. China’s political system is a core interest […]. Many of the threats to the CCP and its political system occur in the realm of ideas. They cannot be defeated by kinetic means. The separatism of some Chinese ethnic groups, such as Uighurs or Tibetans, challenges the CCP’s portrayal of a multiethnic society, while Taiwan challenges the party’s narrative that it represents all the Chinese people. [Source]

To fight this war of ideas, Beijing has two distinct strategies. First, it controls and silences dissenting voices of Chinese abroad. Xi’s anti-corruption campaign has long used a mixture of veiled threats and blackmail to repatriate businessmen accused of bribery and embezzlement. The CCP then changed targets, instead using these tactics abroad on those it deems political enemies. Second, Beijing utilizes the pro-Beijing diaspora, primarily through its United Front Work Department. For an in-depth look into the UFWD, see this CDT piece, and read here for information on changes to its mandate following the recent National People’s Congress.

Chinese-born activists and journalists living abroad are regularly monitored by Beijing. This week, website thelocal.se reported on the arrest of a mole accused of spying on the Swedish Tibetan community:

The man is accused of supplying the Chinese government with information on where exiled Tibetans live, their family relationships, and their travel plans. He carried out his suspected espionage on “certain people of importance to the Chinese regime” Swedish prosecutors said, primarily through attending political meetings of the Tibetan diaspora in Sweden and elsewhere in Europe.

His purpose was to “pass this information to representatives of the Chinese state”.

Swedish prosecutor Mats Ljungqvist told Swedish broadcaster SVT that he man had been in contact with Chinese officials in Poland and Finland, and was paid 50,000 kronor ($6,000) on at least one occasion. [Source]

A recent documentary by Al Jazeera presents a few case studies that highlight tactics Beijing uses to silence dissenting voices abroad. Wen Yunchao, a prominent human rights blogger living in New York, has had family members arrested in China, was given photos of his children at school by a Chinese agent as a threat, and had all internet cut off within a 10-block radius of his apartment in a state-sponsored attack later investigated by the FBI. In Toronto, Sheng Xue, who came to prominence after the 1989 Tiananmen Square massacre, was sent online death treats, had cars patrol outside her apartment late at night, and was victim to a large-scale smear campaign where photoshopped images of her were posted on escort websites. Teng Biao, a human rights lawyer, was kidnapped and tortured three times before successfully fleeing to America. He then had to smuggle his family out via Thailand after they were refused permission to leave China.

When emigrating, activists often leave behind families who are then used as leverage against them. During their investigation on Xinjiang political re-education camps, Radio Free Asia’s journalists had family and friends arrested, with the reason for arrest explicitly stating it was due to their work at RFA. One of the aforementioned RFA journalists, Shohret Hoshur, herself wrote of Uyghur scholars “voluntarily” returning to China from study in Egypt after being threatened:

Thousands of Uyghurs, many of whom are students studying at Cairo’s prestigious Al-Azhar Islamic University, have returned to Xinjiang from Egypt after Chinese police detained many of their relatives and threatened them with ‘severe punishment’ if they did not return.

Many have since been detained, forced to undergo political reeducation, and jailed by authorities in Xinjiang, where Uyghurs regularly complain of pervasive ethnic discrimination, religious repression, and cultural suppression under Chinese rule in the region. [Source]

Lauren Hilgers of the New York Times writes of a similar case in the U.S.; again the deal was an activist’s silence in exchange for their family’s freedom:

“Is this Zhuang Liehong?” asked an unfamiliar voice. When Mr. Zhuang said yes, there was a pause and his father’s voice came on the line. “Son,” he said, “stop doing what you’re doing. It will be bad for your family.”

What Mr. Zhuang had been doing, for the most part, was posting on Facebook. He was putting up photos that had been sent by friends and family, which recorded a police crackdown that had swept his home village, Wukan. Five years earlier, during the fall of 2011, Mr. Zhuang had been a ringleader in a series of protests that overtook the little seaside village. [Source]

As discussed on Foreign Policy’s podcast “How Far Will China Go?”, all countries use agencies to promote soft power in some form: the UK has the British Council, Germany the Goethe Institute. The difference with China is that it coerces its beneficiaries, often funding organizations such as the Chinese Students and Scholars Association with the idea they will be loyal voices of support for Beijing or else the funding will stop. See the CSSA-organized protests at the University of California San Diego over the plan for the Dalai Lama to give the commencement speech. Aside from hiring Chinese students studying abroad to publicly demonstrate support for China during state visits to the U.S., Beijing has also been accused of paying them to spy on each other, even blackmailing dissident students to report back on their network’s activities. Ng Yiktung and Wong Lokto of RFA report:

Chen Yonglin, a former diplomat who defected from the Chinese consulate in Sydney in 2005, said the ruling Chinese Communist Party is relentless in pursuing its critics beyond its borders.

“When I worked at the Chinese consulate, they were very concerned about the attitudes of overseas [Chinese] students,” Chen said. “The Chinese government is definitely organizing them to report back to the party, using a twin-pronged approach of threats and profit. On the one hand they threaten and put pressure on them, and on the other they say that the party will reward those who cooperate,” he said.

“The Chinese Communist Party has poured huge amounts of money into its infiltration networks.” [Source]

If the first method of influencing the diaspora involves silencing debates, then the work of the United Front Work Department is the exact opposite, ensuring there is a pro-Beijing voice in any discussion in which China has an interest. Gerry Groot, speaking on The Little Red Podcast, explains the methods by which the UFWD influences Australian political discourse:

“What’s become really apparent in recent times are these professional organizations. The United Front Work Department actually encourages that. The great beauty, outside of China, is it gives a multiplicity of voices, and allows the representation of all sort of special interests. And one of the big advantages of those is the smaller organizations can be invoked to give legitimacy to particular claims, or as endorsing particular claims about China. […] Creating these is a piece of cake in a place like Australia, so you can create very specific ones, for example you could have the ‘Australian Association for Buddhists from Ningxia.’ One of the advantages is that it could represent all those people or it could only represent a couple of people, because a lot of these groups are actually created by entrepreneurs, who try to parley these so-called community associations into political influence, […] or they’re doing it deliberately to curry favor with the United Front Department.

[…] If there’s a discussion in Australia about policy in China regarding Muslims, then the tendency of the Australian media is to so-called balance. They’ll go and look for a community organisation to balance the claims of someone else, and then they naturally come to these sort of organizations which then endorse the party line. […] It’s a wonderful advantage in many respects for the United Front Department because it allows all sorts of plausible deniability, […] often you only find out they are United Front-related if you see the same people popping up in different organizations.” [Source]

Attempts by Beijing to control the narrative presented to its diaspora have been seen in its ownership and influence over Chinese-language news organizations abroad in Australia, Taiwan, and in African countries including Kenya and South Africa.

Foreign accusations are not just limited to Beijing influencing its diaspora, with the Confucius Institutes coming under fire for their role in shaping foreigners’ perceptions of China and restricting academic freedom by banning discussion topics such as Falun Gong, democracy, and human rights. In 2014, the University of Chicago closed its Confucius Institute for this very reason. In Al Jazeera’s documentary, it was revealed that every university that hosts an Institute must sign a contract with Beijing. Controversially, Article 5 of the contract states universities must abide by Chinese law: “The Institute activities must be in accordance with the Constitution and By-laws, and also respect cultural custom, shall not contravene the laws and regulations, both in the United States and China.” American Senator Marco Rubio has been loud in his opposition to the Institutes, and recently both the FBI and the U.K. Government have begun formal inquiries into their practices. Australia’s proposed espionage laws are indirectly aimed at the UFWD, requiring all foreign political agents to register themselves and any donations they have received. China has repeatedly denied all allegations of attempted influence, but Western countries are beginning to act regardless.