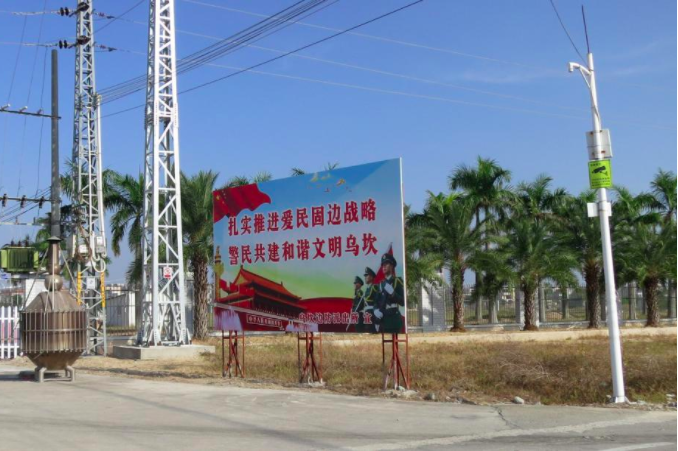 Wukan, once hailed as China’s “democracy village,” has become a site of intense government surveillance in recent years as President Xi Jinping continues to crackdown on civil society and individual rights. Streets within the village have been equipped with high-definition cameras and major areas have been sealed off by checkpoints and armed police. James Pomfret at Reuters reports:

A rare visit to Wukan by a Reuters team and interviews with half a dozen villagers and sources familiar with the situation revealed that the village and surrounding area remain tightly policed as the government tries to maintain security at all costs.

Villagers in Wukan once warmly welcomed the media, but many are now afraid of speaking for fear of reprisals.

“There’s nothing left here,” said one young man in Wukan who was edgy and wouldn’t talk for long. “You know what happened,” he added before moving quickly away.

The sources said that a provincial-level “Wukan Mass Working Group” had been set up with about 100 full-time personnel and charged with ensuring “stability” by marshalling a network of informers, security patrols, surveillance systems and floodlights in the village.

[…] “Wukan has reached a dead end now,” said one villager. “People won’t do anything.” [Source]

The southern fishing village of Wukan made international headlines in 2011 after residents staged month-long protests against government corruption and illegal land grabs. The grassroots movement successfully forced provincial authorities to back down and grant residents the right to hold free and open village elections. The new village committee voted into office soon came under fire as villagers became discouraged by the new leaders’ failure to negotiate land returns. A number of village officials subsequently resigned, with some publicly acknowledging that the democracy experiment in Wukan has failed.

Former village chiefs regained influence three years after the protests as the government gradually took back control of local politics. A number of former protest leaders were detained for alleged bribery in the lead up to local elections in 2014. New protests erupted in June 2016 after officials arrested elected village chief Lin Zuluan, resulting in violent clashes between the protesters and riot police as villagers demanded Lin’s release. Lin was sentenced to three years in jail on two corruption charges. Nine villagers who participated in the protests were subsequently sentenced to jail terms of up to ten years for a number of charges including illegal assembly, disrupting traffic, and spreading false information.