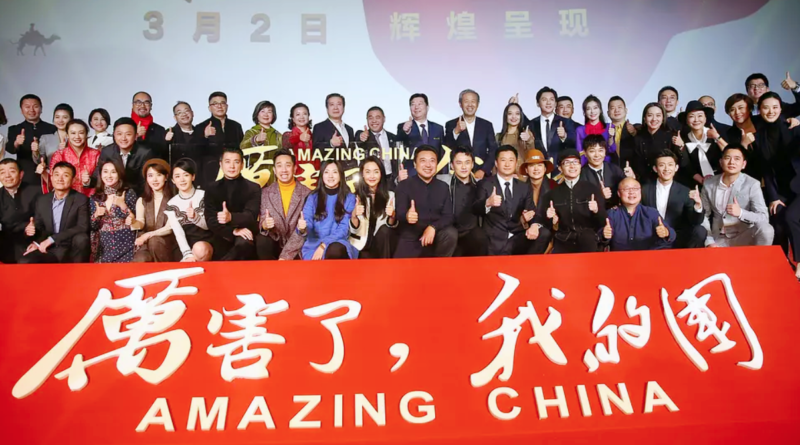 "Amazing China" is a 90-minute showcase of China’s technological, scientific, and economic achievements during Xi Jinping’s first five-year term, released to coincide with this year’s National People’s Congress. It quickly became the highest-grossing documentary ever in China, buoyed, as the Elephant Room newsletter noted, by mandatory screenings for "government agencies, state enterprises, schools and all the other ‘in-system’ organizations," manipulation of online reviews, and orchestrated promotional campaigns enlisting an array of celebrities and online platforms. One instruction in a six-part directive issued by Henan’s provincial propaganda department on March 7, and subsequently published by CDT, ordered recipients to "continue to expand the promotion of the Amazing China documentary."

Shenzhen-based telecom company ZTE takes a prominent role in the film alongside "internet sage" Xi himself. The official U-turn over the film may be linked to a seven-year export ban imposed on shipments to ZTE by the U.S. Commerce Department last week, as punishment for illegal sales to Iran and North Korea and repeated false statements to U.S. authorities. The ban highlighted the firm’s dependence on imported chips and other components, perhaps denting its value as a flagship for Chinese innovation. In a statement, ZTE said that "the Denial Order will not only severely impact the survival and development of ZTE, but will also cause damages to all partners of ZTE including a large number of U.S. companies." The Wall Street Journal reported on Tuesday on the already heavy impact on ZTE’s U.S. suppliers.