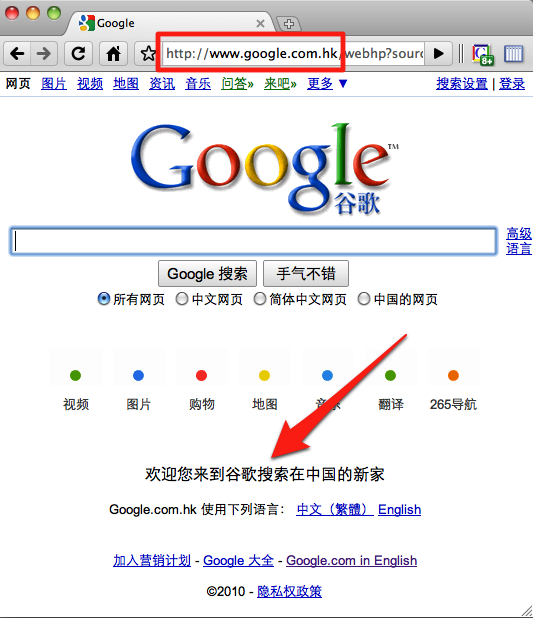 Following a leak that revealed plans by Google to reenter China with a censored search engine, more than 1,000 company staff members have signed a petition protesting the move. Kate Conger and Daisuke Wakabayashi report for The New York Times:

In the letter, which was obtained by The New York Times, employees wrote that the project and Google’s apparent willingness to abide by China’s censorship requirements “raise urgent moral and ethical issues.” They added, “Currently we do not have the information required to make ethically-informed decisions about our work, our projects, and our employment.”

The letter is circulating on Google’s internal communication systems and is signed by about 1,400 employees, according to three people familiar with the document, who were not authorized to speak publicly.

The internal activism presents another obstacle for Google’s potential return to China eight years after the company publicly withdrew from the country in protest of censorship and government hacking. China has the world’s largest internet audience but has frustrated American tech giants with content restrictions or outright blockages of services including Facebook and Instagram. [Source]

Caroline O’Donovan of BuzzFeed has more on the employees’ demands:

Employees are circulating a list of demands for the company in a letter obtained by BuzzFeed News (posted in full, below), calling for an ethics review structure with rank-and-file employee representatives, the appointment of ombudspeople, and an ethical assessment of Google projects including Dragonfly and Maven, Google’s contract with the Pentagon to build AI-assisted drone technology.

“Many of us believe that Dragonfly poses a threat to freedom of expression and political dissent globally, and violates our AI principles,” two employees wrote in an email distributing the demand list.

“But this is not about Dragonfly specifically,” the email continues. “While we support and will join with concerned Googlers in resisting this effort, we need to be clear: Individual employees organizing against the latest dubious project cannot be our only safeguard against unethical decisions. This amounts to unsustainable ethics whack-a-mole, and assumes employees know about a project to begin with.” [Source]

In response, Google CEO Sundar Pichai told employees at a company town hall meeting that any plans for the China-based search engine were in initial stages and it was uncertain whether they would ever be implemented. However, these statements contradict documents about the project seen by The Intercept.

Pichai's statements are totally at odds with confidential Google documents & other info I have seen about Dragonfly. Employees working on the project were told as recently as last month to have it "launch ready" pending approval from Beijing.

Through the process, Pichai repeatedly traveled to China, meeting with top Communist Party officials, such as Wang Huning, one of President Xi Jinping’s top advisors. Dragonfly was *well* beyond the “exploratory” stage.

In 2010, Google shut down its China-based search engine, Google.cn, after saying the company was “no longer willing to continue censoring” search results. The move generated disappointment from Chinese internet users, many of whom lay flowers at Google’s China headquarters in a sign of mock-mourning. Chinese-language Google searches from the mainland got redirected to Google.com.hk, its Hong Kong-based server.

The recent turnaround has angered many advocates of free speech and human rights who previously lauded Google for taking a stand against censorship. Lokman Tsui, Google’s former head of free expression for Asia and the Pacific, has called Google’s plans “a stupid, stupid move,” noting the worsening environment in China for online expression and free speech. Ryan Gallagher of The Intercept, who first reported the leaked plans, interviewed Tsui:

“In these past few years things have been deteriorating so badly in China – you cannot be there without compromising yourself,” Tsui said. Google launching a censored search engine in the country “would be a moral victory for Beijing,” he added. “Beijing has nothing to lose. So if Google wants to go back, it would be under the terms and conditions that Beijing would lay out for them. I can’t see how Google would be able to negotiate any kind of a deal that would be positive. I can’t see a way to operate Google search in China without violating widely held international human rights standards.”

Tsui is now an assistant professor at the Chinese University of Hong Kong, where he teaches students at the School of Journalism and Communication. He still follows human rights issues in China closely and has watched as Google has upped its presence in the country in recent years. Under the leadership of its current CEO Sundar Pichai, Google has launched translate and file management apps in China. The company has also opened an artificial intelligence research center in Beijing, and invested $550 million in the online Chinese retailer JD.com.

These were baby steps, however, in comparison to the planned return of the search engine, which would be a massive strategic move for Google, with broad political implications. When Google pulled its search engine out of the country in 2010, it was a major rebuke to the Chinese government and its policies. Returning to China and embracing the censorship would send the opposite message, according to Tsui.

“Google made a grand statement in 2010. The message was that ‘We care about human rights and we care about free expression, we are the champions of this, we have responsibility, we don’t want to self-censor any more,’” said Tsui. “So for Google to then go back with search — not just any product, but with search — would be giving a green light to every other company. Search has massive symbolic value. It is Google’s crown jewel. It is what makes Google, Google. The core of the company’s identity and its value is the search engine.” [Source]

EFF has called on Google to proceed with caution and to ensure that any move into China follows standards Google set out with other tech companies as a founding member of the Global Network Initiative:

In even considering these changes, Google needs to tread carefully. In the wake of the last wave of engagement with the Chinese market, and to prevent Internet companies being complicit with human rights’ violations, the company joined with Microsoft and Yahoo! to create a set of standards for working in countries with poor human rights records: the Global Network Initiative’s Implementation Guidelines. EFF was a founding member of the GNI, but subsequently left the coalition in 2013 due to concerns that the companies were unable to be forthcoming about their involvement in state surveillance, even within a confidential environment.

From the outside, it’s unclear to us whether this project has yet to be considered in the light of that agreement. GNI’s Executive Director has told reporters, in part, that “All member companies are expected to implement the GNI Principles wherever they operate, and are subject to independent assessment, which is overseen by our multi-stakeholder Board of Directors.” It might reassure Google’s own staff and external critics to be told that process was being followed, and if both the GNI and Google were more public about the results of that procedure.

But for now, it seems the company has opted to prepare new Chinese plans outside the view of the public, and even behind the backs of many of their own employees. [Source]

The Committee to Protect Journalists has also expressed concern over potential influence Google’s move could have on other tech companies and governments worldwide:

China’s censorship regime extends far beyond the news media. The government censors social media networks and installs spyware on citizens’ phones; it has even banned content that notes a physical resemblance between President Xi and Winnie the Pooh. But if Google were to re-enter China, it would have a “direct impact on press freedom,” Xiao Qiang, a Chinese human rights activist who founded the online news outlet China Digital Times, told CPJ. Not only would the company be directly helping the Chinese government censor news domestically–by filtering its search results to remove news websites the government deems inappropriate–it also would be sending a message to other companies, and other countries, that trading press freedom principles for access to lucrative markets is acceptable.

Molly Roberts, a professor at University of California San Diego and the author ofCensored: Distraction and Diversion Inside China’s Great Firewall, told CPJ that the re-entering China would be “an admission that the Chinese government ended up ‘winning’ the 2010 Google spat.” The move, Roberts emphasized, could impact the “rules of engagement” that technology companies follow when they do business in authoritarian settings–if Google acquiesces to China’s censorship regime, it would “be easier for other countries to follow suit.”

[…] Google is the world’s largest search engine with an estimated 90% market share. If it were to agree to completely graft its products to the censored-Chinese version of the internet, “the damage would be global,” Xiao, the Chinese activist and editor, told CPJ. It could embolden authoritarian governments to ratchet up the pressure on already beleaguered technology platforms. Wong, with Human Rights Watch, agrees: “If they are willing to do this for the Chinese why wouldn’t they be asked to do the same by every other government around the world that wants to restrict freedom of the press and access to information?” [Source]