From December 22 to January 24, the 12.9 million inhabitants of Xi’an were confined to their homes in response to some 100 detected cases of COVID-19. Elevators in apartment complexes were shut off to ensure that residents stayed in lockdown. People ran out of food. Patients in need of urgent care were kept waiting outside of hospitals until they showed a negative COVID test. It was the largest lockdown since the first outbreak of the disease in Wuhan in early 2020.

In a WeChat post translated by CDT in full below, the astute social observer Wei Zhou ponders the lessons of the Xi’an lockdown, from the individual to institutional responses, and interrogates the necessity and handling of shutting society down:

On January 24, the day Xi’an’s lockdown was lifted, the country’s attention was focused thousands of miles away on Hainan Province, where news had come of the death by suicide of Liu Xuezhou, a young man who was rejected by his biological parents. Maybe this is one of the reasons why the end of the lockdown was met with little fanfare by those outside Xi’an, especially in comparison with the start of the lockdown there a month earlier. Maybe that was the point.

Earlier, on the evening of January 10, police from the Beilin District of Xi’an announced a case of “providing false information and disturbing public order.” A woman, surnamed Zhang, reposted a notice from Xianyang [outside of Xi’an proper] to her homeowners’ WeChat group: “Lockdown and area restrictions have been lifted,” swapping Xianyang for Xi’an. The police claimed that she had “misled the public and hindered Xi’an’s pandemic response.” Ms. Zhang claimed that she had just assumed that the pandemic situation in Xi’an had improved, and had wanted to help everyone calm down. The price she paid for her post was seven days of administrative detention.

Up until the night before they lifted the lockdown [January 24], no one was certain whether people would be allowed to travel during the Lunar New Year [which began on February 1]. Some speculated that the lockdown would end before the New Year so that people could enjoy their holiday, but no one really knew for sure.

Many people in Xi’an seemed resigned to silently “endure” and “wait.” If they complained a bit, they would often be told to, “stop whining and do as you’re told. A month has already gone by, what’s a few more days?” But the issue wasn’t about waiting “a few more days”—the issue was that there was no plan, and no one knew how much longer they would have to wait.

In this regard, the lockdown was like a drought: no one could predict when it would end, and it seemed to people that all they could do was endure until the heavens once again offered up their rains. This extended game of endurance wore people down. Though it looked like they weren’t doing anything, the simple act of living was mentally and physically exhausting. This was compounded by the constant feeling of helplessness, as the hoped-for resolution seemed to rest on divine favor alone.

A flood is different, because you know the water will quickly recede. A drought, however, follows no timetable, and because you don’t know when it will end, it’s hard to make any plans. The American plant ecologist Frederic Clements once warned that frequent droughts are a fact of life on the prairie, and that people must employ every available scientific means of predicting their occurrence. Otherwise, humans cannot sustain life on the prairie. Clements’ words can likewise be applied to city life during the pandemic. 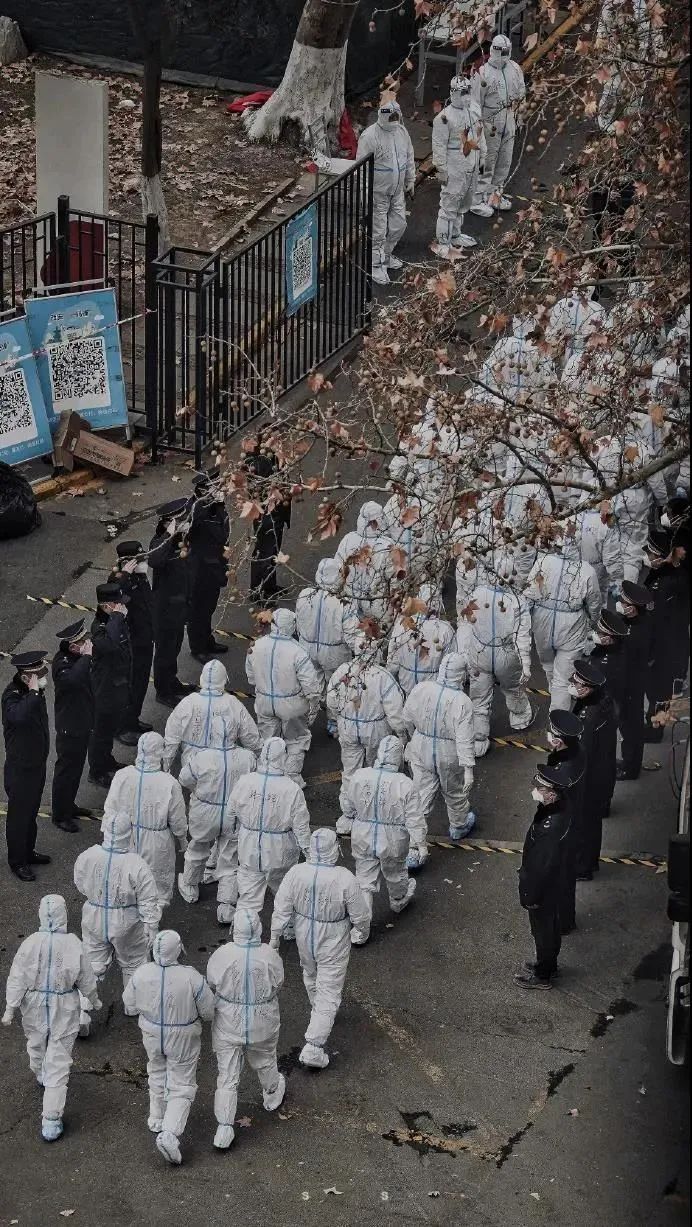 After the city returned to normal, the streets of Xi’an were filled with people. A friend of mine from Xi’an said that when the lockdown ended he drove around on his motorbike for two hours, not to see anything in particular but simply because he had been cooped up for so long. After such a long confinement, previously mundane activities were imbued with a profound sense of newness. Still, most people do not wish to experience this particular pleasure again.

A dark joke circulated during lockdown: “Xi’an people on Taobao are like eunuchs in a brothel”—they can look all they want, but they can’t buy. Post-lockdown, there was finally an outlet for all that pent-up demand, and a lot of stores saw a surge in “revenge shopping,” where people consumed lavishly to “get back at” the lockdowns that had confined them. People were suddenly buying 20 or even 30 items of clothing at a time.

But this may have been more than what it appeared, mere irrationality and a sign of resurgence. More likely, it was a rational response to the experience of lockdown: that just as had happened in Wuhan before, people in Xi’an were hoarding supplies to prepare for an unpredictable future. If this is indeed the case, then their compulsive post-lockdown consumerism wasn’t ecstasy at all, but the product of fear and insecurity.

While it seemed that everything had “returned to normal,” one could not simply ignore what had happened. People’s actions showed that though they didn’t necessarily fear the return of the pandemic, there could be no harm in preparing for that possibility. And just like we see so often in China, many people had no desire to talk about what they had just been through. “It’s all in the past. What’s the point of discussing it?”

If we just forget in this way, then we dishonor the trials we’ve endured. This was, after all, the first time in two years that a city the size of Wuhan has been locked down. Wuhan’s lockdown was longer (76 days), and more terrifying. (The official number of deaths in Wuhan is 2,535, whereas there have been zero deaths in Xi’an from COVID. There have, however, been people whose deaths were indirectly caused by the pandemic.) Xi’an was of course better prepared for the pandemic, and its citizens seemingly more willing to endure the lockdown—they weren’t as indignant as people in Wuhan were at the beginning. 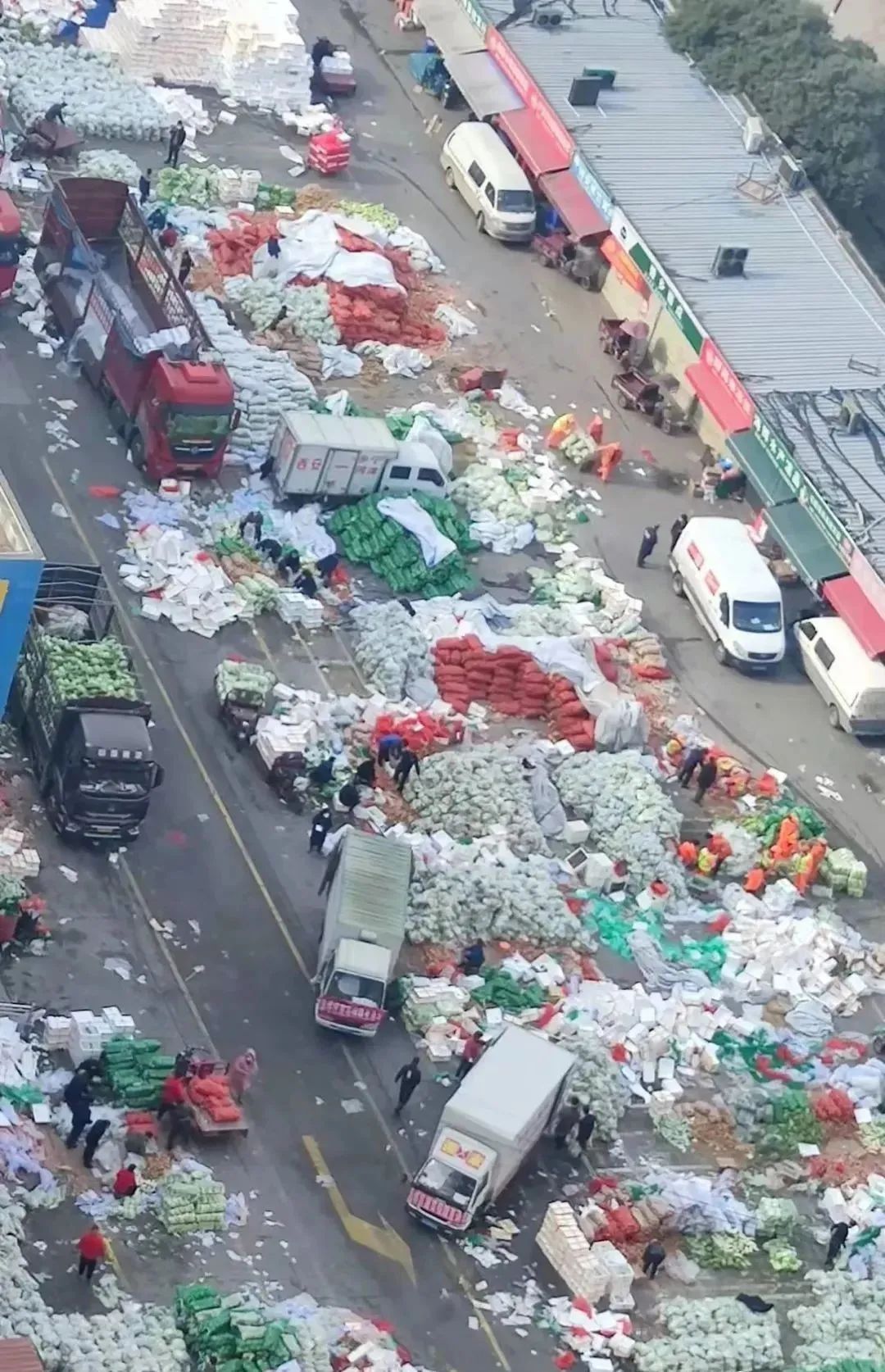 Trucks and bags of produce choke the streets of Xi’an during lockdown.

The real difference is that during the Wuhan lockdown platforms like JD.com were delivering food, and communities self-organized bulk purchases and other mutual aid. In Xi’an, the government attempted to supply everyone’s material needs—they certainly bit off more than they could chew. Looking back, during the first week of lockdown the vast majority of people didn’t complain. After more than two years of the pandemic, the people of Xi’an were mentally prepared for something like this and relatively willing to cooperate with the restrictions placed on them. On December 30, when I wrote “The Tribulations of Xi’an,” I was very much on edge, because before this it was very rare to see any criticism of the handling of the pandemic there. But over time criticism increased dramatically, sometimes in ways that weren’t entirely fair.

Some may think that the problem wasn’t the lockdown itself, but that it was so disorderly and disruptive. If so, this may call for a more robust force, capable of orchestrating the entire operation—but is that possible?

The government has yet to acknowledge that administrative power alone cannot fix everything. Just like in this pandemic, where government workers on the ground have been working tirelessly day and night, yet the results have been uneven at best.

Of course, different people will have different views on how things should have been handled. As a friend of mine from Xi’an discovered, being middle class was no guarantee you could get through lockdown unscathed. Even residents of the densely-packed, high-scale neighborhoods of Qujiang were unable to buy basic daily necessities. The best-provisioned neighborhoods were where government employees lived.

In a city of more than ten million people, there will be a huge range of opinions. It’s likely that each and every person feels that what they have personally seen and experienced represents the true situation in Xi’an, and that those who report a different experience are not being truthful. Quite a few people have argued they had plenty of good food to eat. Those who claimed the food was bad or that they lacked fresh produce, however, don’t have “ulterior motives,” just a different lived experience. 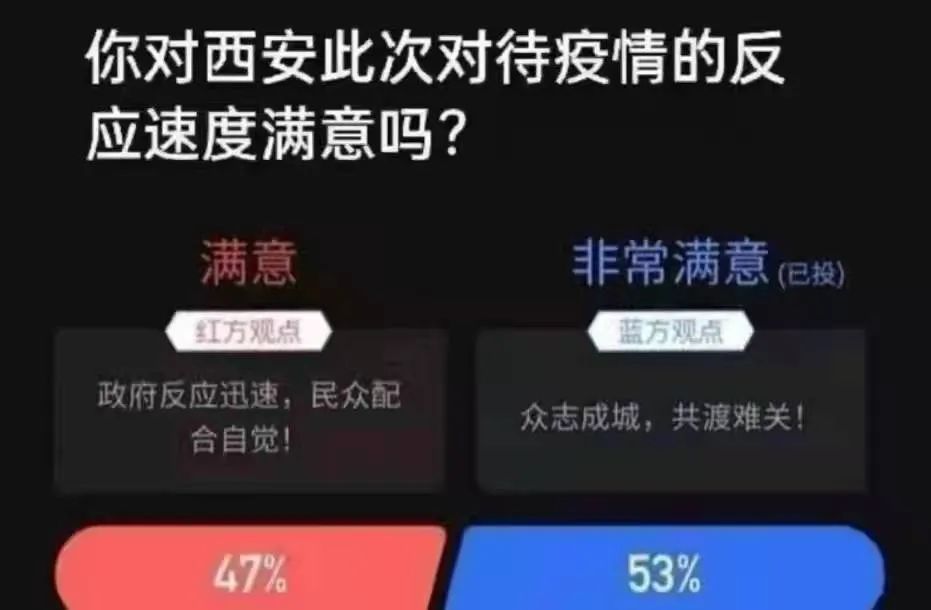 A survey asks, “Are you satisfied with the speed of the pandemic response in Xi’an?” The options: “satisfied” (with 47% of votes) and “extremely satisfied” (53%).

Dismissing these experiences and memories of suffering as individualized forces the processing of that trauma to be personal and private. While this may ultimately result in the individual developing greater emotional resilience, this personal resolution of a collective trauma cannot spark social change, because it prevents people from taking action or feeling a sense of connectedness with others—a society of loose sand is easier to manipulate.

We’ve muddled through this lockdown, but what about the next one? If we want to avoid the many problems we saw in Xi’an, it’s absolutely essential that we not shrink from the necessary work of reflection, recollection, and introspection. We must use this respite to plan diligently, especially at the community level, so that we can inspire a higher level of participation [in preparedness]. That way, when something comes up, we will have already laid the foundation for a precise, localized response. Failing to do so will mean that when catastrophe strikes again, we will be left with empty formulations, rather than substantive solutions.

Translation for CDT by Anonymous.