Not only protesters from Reporters without Borders and Tibetan independence groups were arrested during the Olympic torch lighting ceremony. Several journalists from mainland China were arrested at the same time, because they were holding up banners and taking pictures at the ceremony site, although their banners were celebratory slogans and advertisements.

As the Olympic torch was lit, Sina.com organized eighteen mainstream media in China as the Sina Net Olympic Torch Media Collective Reporting Delegation to also arrive at the location. But because they were spreading out banners and taking photos near the temple, in violation of the rules, some delegates were arrested by the Greek police on the spot. In Olympia, Chinese journalists from Liaoning, Fujian and Hunan also displayed banners causing misunderstanding, and were arrested by local police. The Chinese Olympic Committee already criticized them by name.

The following photos show that Chinese movie star Zhang Ziyi also came to the ceremony, but was blocked by security guards since she did not have special VIP permission to enter the temple, from 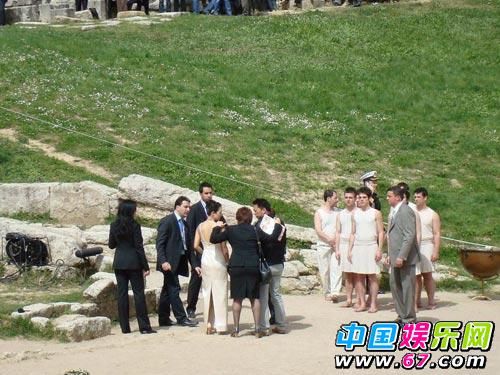 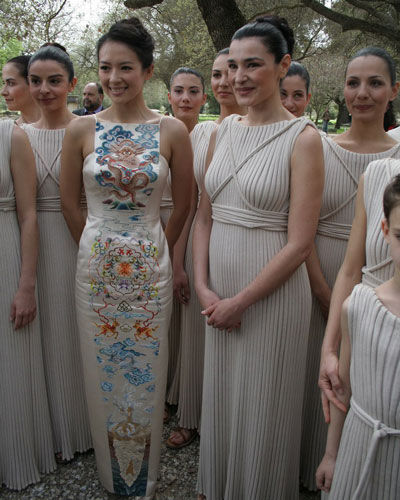 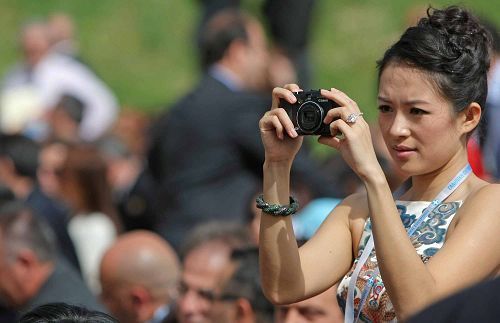