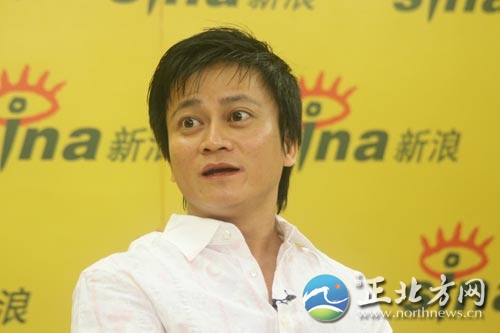 China’s influential “Big V” microbloggers have been primary targets in the central government’s ongoing crackdown on social media. Over the past year, many influential Weibo accounts have been cancelled, and some Big Vs have even found themselves under arrest. Earlier this week, the widely-followed Sina blog and Weibo account of soccer commentator turned social critic Li Chengpeng were both deleted. Soon after, the Global Times published an editorial titled “Radical Liberals Must Have a Sober Awareness of Boundaries” (激进自由派须有清醒的底线意识). While the editorial didn’t mention Li’s name, the Party-run paper’s editor Hu Xijin published a separate commentary on the inevitability of Li’s ouster [Chinese] under his customary pen name Shan Renping. Fei Chang Dao has translated excerpts from the Shan Renping commentary:

On the evening of July 7, the Sina Weibo account @Lichengpeng disappeared. Of all the Weibo accounts that have been banned during the recent period, Li Chengpeng’s is one of the most illustrative cases. Li Chengpeng is often referred to as “Big Eyed Li,” and is extremely representative of the “Big Vs.” His language is fierce, caustic, and pretty much always “cursing the government.”

[…] If a few radical liberals want to continue bumping against the line and being antagonistic, then that is their political and personal choice. They must bear the consequences of doing so, and its not something worth grousing about. […] [Source]

Many of Li’s fellow netizens and former followers took to Weibo to comment on his expulsion and the state media commentary that followed.

于建嵘：When reporting incidents like a writer’s personal media accounts being blocked, the national-level media doesn’t question whether a citizen’s basic rights are being infringed on. Rather, it evaluates the “pros and cons of Weibo.” What kind of a mentality is that?!

胡泳：单仁平 [Han Renping]：”@李承鹏 [Li Chengpeng] Account Vanishes, it Was Bound to Happen Sooner or Later.” http://t.cn/Rve2Up4 In 2008, China entered a period of turbulence. After that, two people had a lot to say about many major public incidents. One of them is Han Han, the other Li Chengpeng. And now, one is stabbed from the back, the other publicly terminated. They were “doomed” to meet their end.

The following comments have been deleted by Sina and retrieved via FreeWeibo.

张雪忠：The containment of expression and the censorship of ideas are the most ridiculous things in the world: a small group of people has absolutely and infinitely no confidence in society, yet they require society to devote absolute and infinite trust in their judgement and impartiality! Those who express their thoughts openly and publicly have to be monitored with secret standards by those who hide in the dark. This is the major reason that a society is intellectually dim and morally low.

冉雄飞：Speak up for Li Chengpeng! Even though I once had a lawsuit with him, I still support the Big Eyes’ actions as a “dissident”! A country truly needs an opposing voice. In recent decades, the government has been focusing on economic development, which is near-sighted and hurts the environment. It has also indulged in many crimes, including forced demolitions and corruption. It is not doing a good job, yet it does not allow the common people utter a word of complaint. If it wants to continue managing us, it has to first wipe its own ass!

莫鸣：Weibo celebrity, “Big Eyed” Li Chengpeng had his Sina Weibo and blog blocked. Then, the chief editor of the Global Times kicks him while he’s down with a weibo. All sorts of celebrities sobbed endlessly. In the literary circle, Li Chengpeng is known for his outspokenness, which has set him against many hypocritical “moralists.” This is a country where, though freedom of speech is guaranteed by the constitution, various means are regularly used to deprive people of those rights. People are even sentenced and locked up for speaking out. Telling the truth is risky, only lies may survive.

wshsh2011: From Li Chengpeng’s elimination to today’s Global Times editorial, the radical liberals should continue on. In the space of just three days, the higher-ups seem to have made a subtle change. In my humble opinion, every crackdown simply stirs up greater resistance. The government can make an about-face, and Mao-Deng tactics will only aggravate the crisis. Only in balance amidst the confrontation will the political situation hold. The world is moving towards freedom and democracy. Only an idiot would oppose the world.