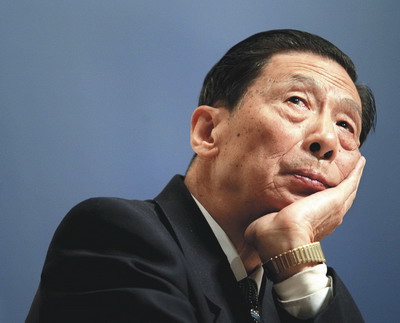 Mao Yushi, the prominent economist and recipient of the Cato Institute’s 2012 Milton Friedman Liberty Prize, is growing more outspoken about his political views. Last April, he published the essay “Returning Mao Zedong to Human Form” in Caixin Online, causing a stir with his scathing indictment of the Great Helmsman.

But Mao Yushi (no relation to the former chairman) does not reserve criticism for those in power. A June 11 Weibo post made his name a sensitive search term, meaning that searches for “Mao Yushi” (茅于轼) on Weibo will not be displayed “according to the relevant laws, regulations and policies”:

MaoYushi: The Cultural Revolution was initiated by Mao Zedong. But without the support of the nation, it would not have taken off. Calls for a Cultural Revolution in America would never receive such a universal response. Clearly, the common people of that time share a part of the responsibility. And the base of that group still exists today. This is China’s true danger. There are those who say that Mao’s intentions were good. If this were true, he would have undertaken some deep soul-searching afterwards. In fact, he not only felt no remorse, but even organized a counterattack.

In an interview with Foreign Policy last month, Mao voiced his alarm at nostalgia for China’s early communist period. Ousted Chongqing Party Secretary Bo Xilai built the very cult of personality and stirred the sort of red fever he fears could lead to another Cultural Revolution.

Via SneezeBloid. Translated by Samuel Wade.