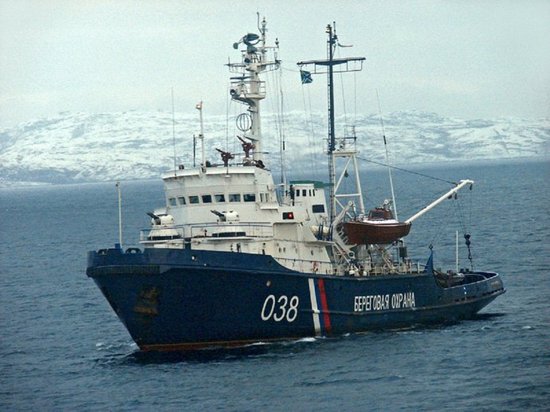 As anti-Japan protests rage on, outside observers have started to ask why the Chinese authorities haven’t clamped down. Some even say the government has a hand in the demonstrations. An incident from earlier this year may shed light on how China handles its territorial disputes, depending on who else is laying claim to the water or land.

On July 16, Russian patrol boats opened fire on a Chinese fishing vessel that strayed into its waters, detaining 36 crew members. Chinese fishermen have been detained by Japan and North Korea, but an incident involving Russia is rare. The Chinese consulate in Khabarovsk, just 19 miles from the border with China, issued this statement: “The fishing boat ignored communication from the Russians and attempted to flee. When Russian personnel prepared to board the boat, they encountered resistance and the Russians were forced to open fire.” Netizens latched their anger to the idea that Russia was “forced to fire” and declared they had been “forced to repost” the consulate’s hapless statement. A few select comments from Weibo:

OneCharacterHunk: In spite of Russia’s endless abuse, I embrace her with the passion of a first love.

BeijingZhuWeimin: “Being forced” to do something—this is officialese. I can see this generating a whole new new linguistic trend: forced to be corrupt, forced to lie, forced to have mistresses, forced to rape, forced to murder… It has universal application, just like the tenets of Marxism-Leninism.

*This is a play on Mao Zedong’s populist slogan, “Serve the people.”

* Refers to BBS and microblog administrators.

WestGateNotDark: My eyes are bleeding. I thought this was something a Russian diplomat said.

OldWolfBrother: These are the words of my country’s consulate? Seems to me like the Russian consulate wrote it!

StarPeople: Not worth it to subject “trouble-makers” to regular inspection. Friendly forces would never fire unless forced to do so.

BVB_12SuXimeng: Why does it seem like this statement should be coming from the Russians? Maybe our country lost some kind of bet…

NanjingGuodong: One day, a person was walking past his neighbor’s door when the neighbor came out and asked to inspect the person’s pockets. The person refused, and the neighbor was forced to beat him. This person’s family was very angry and blamed the person for the incident, demanding he admit his wrongdoing!