As of September 24, the following search terms are blocked on Sina Weibo (not including the “search for user” function): 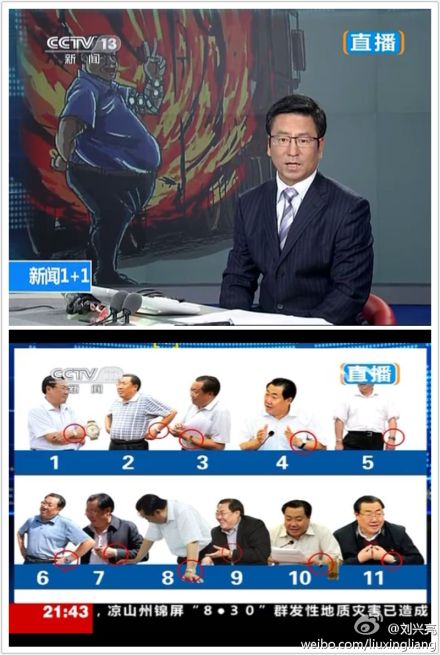 Amid the online scrutiny of his watch collection, Yuan Dacai admitted to purchasing five, but netizens identified a few more.