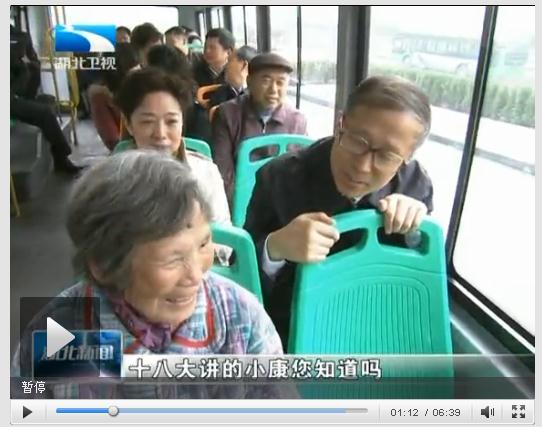 As of November 21, the following search terms are blocked on Sina Weibo (not including the “search for user” function): 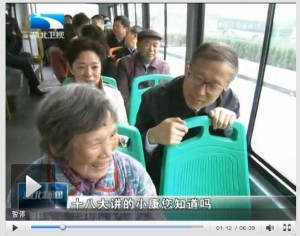 Li Hongzhong asks, “Do you know about the discussion of livelihood at the 18th Party Congress?”

“Pen-Grabbing Secretary” Rides the Bus: Earlier this week, Hubei Province Party Secretary Li Hongzhong was spotted riding the bus in Wuhan and “observing the people’s condition” in the “spirit of the 18th Party Congress.” Skeptical netizens think he’s trying to make up for his behavior in March 2010, when as governor of the province he snatched a pen voice recorder out of a journalist’s hand.