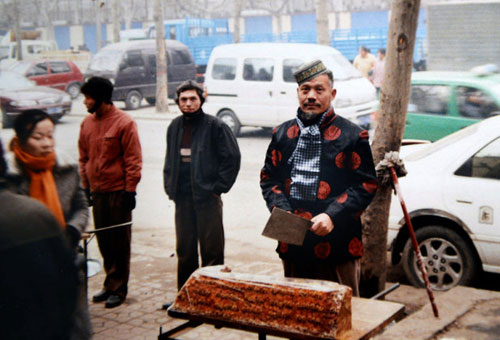 Wreckage of the Ferrari crash which killed Ling Gu.

As of December 10, the following search terms are blocked on Sina Weibo (not including the “search for user” function):

Ling Jihua Rumors: Before the Party Congress, Hu Jintao was accused by party elders of helping Ling Jihua cover up the death of Ling’s son in a Ferrari crash this March. The scandal had a profound effect on this year’s leadership transition, according to the New York Times. Ling himself was demoted from director of the Central Committee General Office to head of the United Front Work Department. Xinjiang Nut Cake Fiasco: A dispute between a customer and a Uyghur peddler in Yueyang, Hunan over the sale of qiegao (Xinjiang nut cake) went viral on Weibo last week. Netizens were shocked by the damages incurred–qiegao ruined in the spat were valued at 160,000 RMB. Anti-Uyghur comments, particular portraying the ethnic group as violent and criminal, have since proliferated.