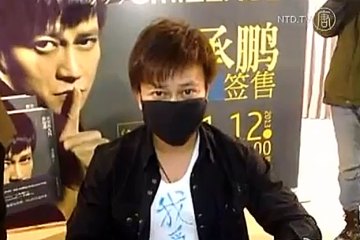 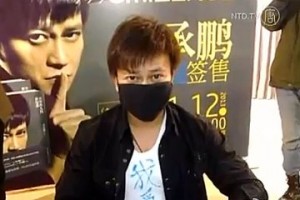 On January 11, popular writer and critic Li Chengpeng reported on Weibo that he had received orders not to speak at his book signing in Chengdu the next day. Li was also prohibited from asking questions of the audience. Even special guests, among them prominent writers who have clashed with the authorities before, were forbidden from speaking:

@lichengpeng: Someone sent me strict orders from the higher-ups in the middle of the night: At my Chengdu book signing on the 12th, readers are forbidden to ask me questions; I am forbidden from speaking or making opening remarks. I can’t even say “Happy New Year” or “thank you.” I am forbidden from introducing Liu Shahe, Ran Yunfei, and all other special guests; I cannot ask them questions, and they cannot say a word, not even “Happy New Year.” They can only sit in the corner… This deeply violates my understanding of respect. They are insane. Thinking…

His new book, The Whole World Knows, is a collection of essays on contemporary Chinese society. It tackles sensitive issues like the “tofu dregs” schools which collapsed in the 2008 Sichuan earthquake and the disastrous corner-cutting laid bare by the Wenzhou high-speed rail crash.

Li later reposted a weibo from a reader at the book signing:

@lichengpeng: RT: @alexandermoo: At the scene where these notices were given, I’ve heard the voices of Li Yawei, Ran Yunfei, and many others. I can verify that two Xinhua Bookstore staff are present as well… Right now I’m still on the phone with bookstore comrades. My thoughts: this shows the utmost disrespect to the readers, some of whom rushed all the way from Shanghai just for this event. They don’t want to look at a bunch of taciturn prostheses. The latest news: the authorities have notified the speakers that they may not utter a single word.

Weibo fans rallied to Li’s side:

@joylovingheart: If they don’t let them speak, they might as well tape their mouths shut.

@ziyueqingye: They get sent to the firing squad for saying “Happy New Year”? This expands my understanding of limiting freedom of speech.

@youyi009: What are they [the authorities] afraid of? What exactly is it that they dread?

@xieliang7: If they can’t speak, can they tweet? They can communicate via Weibo at the book signing.

@Billsaid: Looks like Li Big Eyes should change his name to Li Don’t Speak. That’s sure to catch on.

@MountainUncle: I urge the higher-ups to offer free packing tape!

@nky888nky: Only after repeated prohibition is one unstoppable. They wish to cover you up, but instead you is all the more obvious. This is all free advertising. The voiceless is even more victorious in making his voice heard.

@Wchengbo: The dynasty has changed, but the way of thought is unchangeable.

Read more about the book signing kerfuffle from CDT and Global Voices.