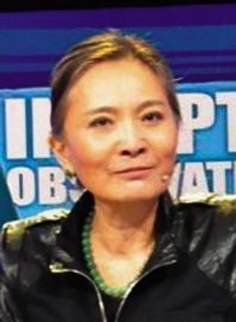 Wang Xuemei, China’s leading forensic scientist who published a blog post dismissing the official cause of Neil Heywood’s death late last year, has resigned both her posts as vice chairman of the Chinese Forensic Medicine Association and at the Supreme People’s Procuratorate. Malcolm Moore at The Telegraph reports:

“I cannot stand my name being mixed up with an academic body that presents such ridiculous and irresponsible forensic evidence,” she said.

“I am also resolved to quit the forensic system in China. As a forensic doctor in the supreme forensic monitoring apparatus, I am extremely disappointed and and have become even desperate over what is happening.

“After painstakingly working in this field for thirty years, I have realised that I do not have the ability by myself to change the situation. I cannot rectify the cases which were unjustly and immorally tried even at the cost of my life. My only option is to quit. For my innocence in the future, I must quit,” she said. [Source]

Wang has released a video on YouTube indicating her decision to resign after voicing her doubts about another case involving a man who died on the Beijing Metro three years ago. From South China Morning Post:

In a video posted online, she said she felt “disappointed” with the professional conduct of the mainland’s forensic medical community but felt obliged to step down as she “could not change the current situation”.

In 2010, Ma Yue, a 20-year-old university student, fell to his death from the platform of Beijing’s Gulou Dajie subway station. Ma’s mother, Meng Zhaohong, was unhappy with the inquest’s findings that her son had “died of abrupt termination of breath and heartbeat from a high-pressure electric shock”, without providing additional information.

[…] Wang, a forensic scientist with the Supreme People’s Procuratorate, said the forensic conclusion given by the association in Ma’s case was “ridiculous and irresponsible”.

Wang said in her video that, although she had no access to evidence presented by the police, her years of experience convinced her that the cause of Ma’s death was not the same as the authorities claimed. Wang did not return phone calls yesterday. [Source]

Wang posed similar doubts over the investigation into the death of Neil Heywood late last year. The Guardian reports:

Wang, 57, wrote after Gu’s conviction for murdering Heywood last September that there was a “serious lack of evidence” and said she was “very pained, upset and scared” that the court had believed Heywood was poisoned with cyanide.

She told the Guardian at the time that she had “fulfilled my historical responsibility” by casting doubt on the decision. She subsequently said she had been trying to leave her post with the procuratorate for some years.

Bo is accused of bribery, corruption and abuse of power. The English edition of the state-run Global Times newspaper cited a source close to Bo as saying the last charge related to Bo’s attempts to prevent his former police chief Wang Lijun from reinvestigating Heywood’s death and his decision to illegally remove Wang from his post.

[…] The Wall Street Journal has reported that Gu may give evidence against her husband. Chinese court cases tend to rely on written testimony rather than on bringing witnesses to testify in court. [Source]