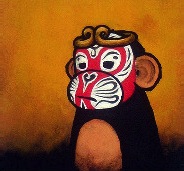 “I’m free. Thanks!” wrote Weibo whistle-blower “Huazong” (花总) on Wednesday, after the Chaoyang Police Department of Beijing released him on bail. The 34-year-old businessman was taken in for interrogation on Tuesday.

Huazong made his fame online identifying luxury watches worn by government officials, which they should not be able to afford on a public servant’s salary.

The police told Southern Metropolis Daily that Huazong was asked questions relating to the World Luxury Association, and was not connected to the Public Security Bureau’s campaign against online rumor mongering [zh].

The World Luxury Organization, founded by Chinese “luxury expert” Ouyang Kun, claims to be a U.S. non-profit. Huazong has called the association a scam, leading to a legal dispute with Mr. Ouyang.

Mr. Ouyang told Southern Metropolis Daily that the police called on him as a witness against Huazong, and that see saw Huazong in handcuffs.

Huazong, short for “Secretary General of the Flower and Fruit Mountain” in Chinese, is a humourous reference to the Monkey King in the classic Ming-dynasty novel Journey to the West.

While Huazong is back online, he and those who try to communicate with him on Weibo are being watched. When replying to Huazong on Weibo, a notification lets the user know that there will be a one-to-two-minute delay before the post appears. It is highly likely that human censors are checking each message. “Your message has been posted. There be may a delay in data syncing with our server. Please wait 1-2 minutes. Thanks a bunch!” (Weibo screenshot)

In July 2011, Huazong noticed a Rolex on the wrist of an official photographed soon after the high-speed rail crash in Wenzhou. He soon found images of the same official wearing different luxury watches. His “watch appraisal” lead to the investigation of “Watch Brother” Yang Dacai, a former Shaanxi official sentenced just two weeks ago to 14 years in prison.

Huazong also wrote “Huaguo Shan’s Guide to Faking It” (花果山装腔指南), a popular satirical essay he posted around Chinese New Year 2012. Huazong tells readers how to come off sophisticated and cool while walking down the street, drinking tea (tea bags from Western brands are a must), and even talking about Libya, where at the time Muammar Gaddhafi was still in power. Huazong gives a grading system for “faking it” on Libya, including extra points for “knocking out Prof. Zhang Zhaozhong’s theories” (与张召忠教授PK论道). Zhang is a PLA major general who predicted a happier outcome for Gaddafi. Huazong goes on:

Your [political] stance can shift according to the situation, but you must maintain your poise and make sure not to step on your own feet. For example, say, “I respect the choice of the Libyan people.” If you get into an argument, you still have one trick to save you from falling into a pile of shit: criticize the failure of diplomacy between the Celestial Empire and Libya. You’re sure to turn your enemies into friends and take the upper hand.

Judging by the number of followers and his level of activity, the guy in the picture isn’t a Big V in the strict sense. But he has special talent in appraising watches and catching corruption, hence his audience. A Big V once said during an interview, “What XX fears is that our influence will extend to the real Big Vs.”

The “guy in the picture” (Huazong) is still on Weibo, but his nickname is now blocked from search results. Mr. Qifei has also taken precautions to keep his comment from being deleted: XX stands for the central authorities (中央).

“According to the relevant laws and regulations, results for ‘Huazong’ cannot be displayed. (Weibo screenshot)

Despite the claims of the Chaoyang police, Huazong’s interrogation appears to be part of a crackdown on Internet personalities. In the past few weeks, Chinese American businessman Charles Xue was detained for alleged prostitution, then gave a nationally televised self-criticism. Real estate mogul and fellow Big V Pan Shiyi gave an interview on CCTV last week and stammered his support for tighter regulations on spreading false information online.

A new legal interpretation allows for a sentence of up to three years in prison for anyone whose “false information” is reposted online more than 500 times.

Read “Huaguo Shan’s Guide to Faking It” [zh] and the netizen response to Huazong’s interrogation [zh] at CDT Chinese.