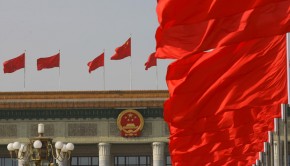 Third plenary sessions of the CCP Central Committee have historically been opportunities for China’s newly installed leaders to map out reform plans. In the lead up to the 18th Party Congress’ Third Plenum, set to begin on November 9, a cover story from The Economist offers a host of reform recommendations for the Party and looks back to 1978 to put third plenary sessions in their historical context:

WHEN colleagues complain that meetings achieve nothing, silence them with eight leaden words: “third plenary session of the 11th central committee”. This five-day Communist Party gathering in December 1978 utterly changed China. Two years after the death of Mao Zedong, it put the thrice-purged Deng Xiaoping at the helm, raised the importance of livelihoods above class struggle, loosened state controls and led to the opening of China to foreign trade and investment. In a nod to the left it still clung to the “people’s communes” in the countryside that had led to mass starvation under Mao; but with Deng in charge, they soon unravelled. The consequences affected a large chunk of humanity. Annual incomes were then $200 a head; today they are $6,000. For the rest of the world, everything the plenum accomplished is contained in the shorthand “China’s rise”.

On November 9th China’s party chief and state president, Xi Jinping, convenes another conclave in Beijing, this time the third plenum of the 18th central committee (such plenary sessions take place at least every year, whereas central committees, containing the country’s top 370-odd apparatchiks, are chosen at a five-yearly party congress, the latest in 2012). This meeting, at an army-run hotel in the capital, will be as secret as ever. As in 1978, it will be months or even years before the full import of the plenum becomes clear. […] [Source]

An unnamed source told Caixin that reforms set to be launched at the upcoming meeting will be “unprecedented” compared to sessions held since Deng’s precedent setting Party gathering in 1978:

“Unprecedented” reforms will be unveiled at the upcoming third plenum of the Communist Party’s 18th Central Committee, a source close to preparations for the meeting says.

[…] The source indicated the reforms will be comprehensive, covering the economy, politics, culture, society and the environment. This echoes remarks the party’s general secretary, Xi Jinping, made this month.

Caixin’s anonymous source isn’t the only one talking about the “unprecedented” nature of the policies soon to be unveiled. Earlier this week, Xinhua quoted Politburo Standing Committee member Yu Zhengsheng saying “the depth and strength of the reforms will be unprecedented and will promote profound changes in every area of the economy and society.” Meanwhile, the Development Research Center of the State Council was issuing the “383 Plan,” a reform proposal to reign in government and free up the market. A report from the Global Times revisits the proposed plan, highlighting the think tank’s influence:

The “383” reform plan proposed by the Development Research Center of the State Council (DRCSC) has received extraordinary attention, affecting even the stock market. The plan is named based on its content, which includes three broad ideas for overhauls, eight major areas of reform and three related areas for change. It’s a detailed road map of reform released by a central think tank before the Third Plenary Session of the 18th Communist Party of China Central Committee.

No think tank could dominate decision-making of the central government but DRCSC undoubtedly is among the most influential ones in the field of reform policymaking. The “383” plan boldly proposed areas of reform such as administrative examination, anti-corruption and both the land and financial systems. Its significance shouldn’t be underestimated no matter how much of the proposal will be adopted by the central government.

The road map reflects the strong desire and resolution for reform held by all think tanks in China. Since think tanks are closely tied to the decision-makers, they are serious in contemplation and investigation. [Source]

Despite these highly publicized hints that the Party is ready for sweeping reform, many observers are skeptical that radical change can occur amid political gridlock in Beijing. A report from the Center for Strategic and International Studies notes that an “unprecedented” reform agenda is not in unanimous demand, and describes the stance held by those who would rather see more of the status-quo:

As the [“383 Plan”] report gained interest, however, it sparked a substantial backlash from others, including a few quite prominent Chinese economic thinkers, who emphasized that the 383 plan was just one of several proposals being considered by the Politburo for possible implementation at the plenum. The brouhaha was eerily reminiscent of the domestic controversy over the DRC’s last substantial treatise on reform, the so-called China 2030 Report, which also was crafted by Liu He in conjunction with the World Bank. In that instance, it took many months before a Chinese-language version of the report was available for wide circulation in the country, highlighting the substantial internal opposition to many of its conclusions and recommendations.

So it is abundantly clear that not every constituency in the CCP hierarchy is necessarily on board with the reform push, even this close in to the plenum. This should come as no surprise given that several of the reform proposals under consideration threaten to undercut the privileges enjoyed by the regime’s many powerful vested interests or to substantially impinge upon their bureaucratic turf. Against this backdrop, it is equally unsurprising that skepticism has become the dominant theme among many China watchers. Unable to subdue the pushback from the recalcitrant interest groups, the leadership will end up watering down the reforms to achieve the all-important consensus that maintains stability within the Party elite, or so the thinking goes. [Source]

At the Wall Street Journal, Russell Leigh Moses looks to a recent People’s Daily article to note the challenges that Xi and his reform-minded allies will face at the Third Plenum:

An editorial this week in the Chinese Communist Party’s main propaganda mouthpiece may offer a hint of the types of changes Xi Jinping and his comrades are likely to put on the table at a key Party meeting next month.

But those proposals could face tough resistance by entrenched Party interests with deep personal and political stakes in opposing reform.

The editorial in the People’s Daily newspaper, dated Tuesday, eschews the more cheerleading note the paper has struck recently in the run-up to the Third Plenum, the gathering that begins Nov. 9 and intended to set the Party’s agenda for the next decade. Instead, it argues that “profound reform” involves changing the Party’s role and how it operates.

[…] The Plenum might not be the last opportunity for the formal approval of political changes thus far. But it does offer the best prospect thus far for Mr. Xi and his allies to make their case that their sort of reform is the one cadres should believe in. [Source]

In an earlier WSJ report, Moses noted that promising economic data has some officials seeing less of a need for hard-hitting economic reform. For more on the 18th Party Congress’ third plenary session, see prior CDT coverage.