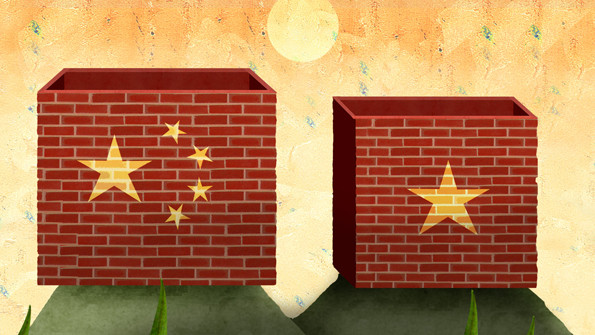 With the 3rd Plenum of the 18th CCP Congress less than month away, Yu Zhengsheng, the No.4 member of the powerful Politburo Standing Committee, has promised that the meeting will initiate “unprecedented” policy changes to boost economic and social reform. From Wenxin Fan and Nerys Avery at Bloomberg News:

The meeting “will focus on studying comprehensive and deep reform,” Yu was quoted as saying in Xinhua’s report. “The depth and strength of the reforms will be unprecedented and will promote profound changes in every area of the economy and society.” The report didn’t refer to any policies or measures.

[…] Yu’s remarks follow comments Xi made to foreign business executives last week that “comprehensive reforms” would be “planned out” during the plenum, according to an English-language Xinhua report on Oct. 23 that didn’t specify any policies. Dates for the meeting haven’t been announced.

[…] Next month’s gathering will be the third full meeting, or plenum, of the party’s current Central Committee, including Xi, Li, ministers and the heads of the biggest state firms and banks, who took over in a once-a-decade power transition that started in late 2012. Thirty-five years ago, a similar Communist Party gathering saw Deng Xiaoping and his allies inaugurate a series of reforms that began to open up China to foreign investment and loosen state controls over the economy. [Source]

Alongside Yu’s comments, the state-led think tank Development Research Center of the State Council issued a blueprint for reforms which excited political watchers with its promise of greater freedom in the market and restriction of governmental power. From Li Jing at South China Morning Post:

[…] Although the road map would be subject to behind-the-scenes horse-trading during the plenum, the document was clearly aimed at restricting the government’s role in economic matters and allowing more freedom in the market. It sets a timetable for action extending to 2020.

The state-owned Global Times hailed the report as proof of China’s political momentum. From Zhang Yi:

The think tank’s reforms map has shed some light on China’s future reforms, not only amid the Chinese public’s doubts but also amid a section of the foreign media’s perception that China has already lost its reforming prowess. Some label Chinese reforms as “myth,” and others question whether the Party can regain public trust through reforms.

Therefore, the coming third plenary session offers a chance to eliminate the theory of “myth” if the package of reforms is included in the final document and the reforms themselves are well implemented. This needs to take on the powerful groups such as the public sector and State-owned enterprises. [Source]

However, some observers argue that political reality is likely to disrupt visions of reform. From Chris Buckley at Sinosphere:

But the public excitement, reflected in intense Chinese media coverage and commentary, must be set against the constraints of Chinese politics, several analysts said. China’s leaders are likely to adopt a much more cautious and limited program. And in any case, the Central Committee conference next month will probably give only broad outlines of that program, not a definitive blueprint.

[…] Many of the proposals in the Development Research Center plan and similar ones that have circulated in recent months all involve reining in state control over the arteries of economic life: capital, land, the movement of people, and energy and natural resources. For China’s leaders, dedicated to preserving one-party rule, those are politically contentious choices that they are likely to either shy away from or accept only in diluted form, said Wu Wei, a former government official who was heavily involved in the market overhauls that China pursued in the 1980s.

“Without political reforms, it will be impossible to push through these reforms,” Mr. Wu said in a telephone interview from Beijing. “The great majority of them will be pushed back by entrenched interests.” [Source]

One might get a sense of the “political reality” from the obstacles faced by Premier Li Keqiang in pushing forward the Shanghai free-trade zone. From George Chen at South China Morning Post:

Premier Li Keqiang may want to be seen as a dedicated economic reformer, but political squabbling among his subordinates and lingering resistance to pro-market policies limit the likelihood he can deliver real change, government insiders say.

[…] When Li unveiled the milestone plan to create a Hong Kong-like free-trade zone in Shanghai, he faced strong opposition from conservative officials who were worried that opening up the financial services sectors to foreign investors would put national financial industry security under threat.

Shang Fulin, the chairman of the China Banking Regulatory Commission, initially opposed to Li’s plan to open up the banking sector in the free-trade zone to foreign players, although he eventually compromised after months of negotiations. [Source]

At The Wall Street Journal, George Magnus suggests that in the end, “Beijing’s economic reforms will not be so radical as to jeopardize the status quo“:

[…] China is much more economically advanced and socially complex than it was when Deng or his successor Jiang Zemin were in office. Policy making and reform nowadays are less about strong and charismatic leadership and more about forging a consensus, especially in the face of strong resistance from vested interests that have benefitted from the economic model of the last 20 years. This encourages path-of-least-resistance decision making, while the absence of political competition reinforces resistance to radical change. Comprehensive and holistic reforms are ruled out as too disruptive.

[…] Switching to a new successful economic model with a stronger private sector, especially in an increasingly complex economy, also requires the replacement of “rule by law” with true rule of law, an independent judiciary and neutral contract enforcement. It’s unlikely the Party would undertake measures that would undermine its power, regardless of how beneficial they would be economically. The Communist Party’s renowned pragmatism, and the Third Plenum’s reforms, are most unlikely to stretch to the Party’s own undoing. [Source]