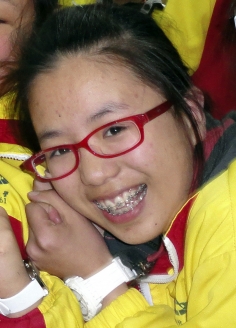 The city of San Francisco has released a report which contradicts a coroner’s findings that a 16-year-old teenager aboard Asiana Airlines Flight 214 last summer, Ye Mengyuan, was run over and killed by emergency rescue vehicles. The report states instead that the death occurred from the force of the impact as she was “tossed” from the jet.  From The South China Morning Post via the Associated Press in San Francisco:

The conclusion is contained in a report the city filed with the National Transportation Safety Board. City officials say it is based on NTSB reports and interviews by federal investigators, not a medical evaluation.

The report says that neither of two NTSB reports noted dust, dirt, debris or firefighting foam in the girl’s trachea or lung tissues.

“We did our examination and we determined that the young lady was alive when she was struck by the fire trucks,” Foucrault said. [Source]

Meanwhile, 49-year-old Elyse Duckett, accused of driving a fire rig over Ye’s body after the crash, has filed a defamation lawsuit against the city of San Francisco.  From SFist:

A 25-year female veteran of the SFFD who was “falsely” accused of being the driver of the fire rig that ran over and ultimately killed 16-year-old Ye Meng Yuan after last July’s Asiana Airlines crash is now fighting back saying that the department pointed the finger at her in order to protect the man who was responsible for the girl’s death.

49-year-old Elyse Duckett says she became the scapegoat during the ongoing investigation into the girl’s death, and that she was discriminated against because she is African American and a lesbian. In a claim filed this week, Duckett’s attorney states that KGO/ABC7 reporter Dan Noyes was fed her name by an informant in the department in late July 2013, leading to his “breaking” the story of the single firefighter responsible. SFist subsequently posted details that Noyes reported, and some subsequent helmet-cam footage showed the scene of the crash after the point at which Duckett arrived. That footage also showed another rig in the area, Rescue 10, driving away from the scene.

[…] We will say that the Noyes story seemed a bit pre-packaged when he broke it last July, and that subsequent coverage of the events never again mentioned Duckett’s name. Nevertheless, her name was attached to the death in press around the world, from the NY Daily News and elsewhere, ever since the event, and it will be interesting to see now whether her name will be cleared as the SFFD gets embarrassed by all this all over again.[Source]

Planning to attend an educational summer camp, Ye Mengyuan and her high school classmate from Zhejiang, China, Wang Linjia, were both killed in the crash last summer, which resulted in three fatalities and hundreds of injuries.  Read more about the Asiana plane crash via CDT.