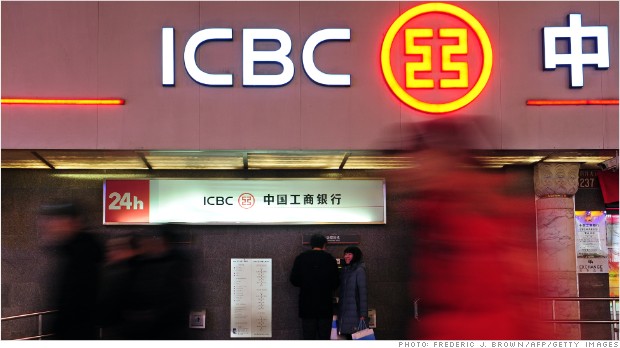 While China’s shadow banking system, which by some estimations may have accounted for nearly 70% of the country’s GDP in 2012, has done much to spur growth in recent years, many have been wondering when this unregulated credit system—the same beast that garnered much of the blame for the 2007 global financial crisis—might prove crippling to China’s economy. Earlier this month, China’s State Council rolled out a new set of rules hoping to mitigate risk in shadow finance. Yesterday, a major shadow banking default was narrowly avoided thanks to a “mysterious third party,” but economists are wondering if allowing the default might have served as an essential reality check. CNN reports:

When is default a good thing?

That’s the question being asked in China, where the murky rescue of a high-yield fund appears to have prevented a default that would have cost investors millions and undermined faith in the country’s financial system.

[…] But the 11th hour bailout by a mysterious third party has raised questions about China’s readiness to let investors pay the price for failed investments and mounting risk in the country’s shadow banking system.

[…] The bailout seems to have eliminated that risk. But some analysts argue that a default is needed to demonstrate Beijing’s commitment to allow market forces to play a larger role in the economy, and to send a message to investors that high-yield investments carry significant risk.

“These bailouts further perpetuate the implicit government guarantee that investors have come to expect when they purchase financial products in China,” wrote analysts at Bernstein Research.

Unless losses are allowed, investors will continue to pour money into unproductive projects, they added. [Source]

A post by Minxin Pei at CNN’s Fortune blog succinctly outlines the nearly defaulted financial product, and the major issues exposed by the flop:

A wealth management product (WMP) issued through the shadow banking system, seductively named Credit Equals Gold No. 1, was on the brink of default. The debt instrument, with a face value of 3 billion yuan (roughly $500 million), was raised from wealthy individuals to fund the purchase of coal mines in Shanxi province in 2011 and was due for full repayment on Jan. 31. However, the company that borrowed the money, the Zhenfu Energy Group, a private firm, had little cash left in its bank account. China Credit Trust (CCT), which issued the product on behalf of Zhenfu, would not stand behind Zhenfu’s debt. China’s largest bank, Industrial and Commercial Bank of China (ICBC), which sold this WMP through its branches in 2011, also rejected any responsibility for the default.

The prospect of the first default of a WMP connected with the Chinese shadow banking system sent shock waves through the financial markets of emerging economies. Fortunately, disaster was averted at the last minute. CCT announced that a mysterious “third party” had agreed to assume the debt. The investors would be made whole, even though they would have to give up two-thirds of their last interest payment. Based on Chinese press reports, the “third party” was likely CCT (China’s fourth-largest trust company, which is majority-owned by state-affiliated firms), ICBC (a state-owned bank), and the provincial government of Shanxi (where Zhenfu is based).

[…] Among the many issues raised by this episode, two deserve special attention. The first is the hitherto undisclosed risks in China’s shadow banking sector, which is estimated to have $6 trillion in outstanding loans. The second is the increased likelihood of a major default in the very near future. […] [Source]

[…T]he bail-out spurred warnings that investors are being shielded from the risks in the trust market.

“This is surely not a good outcome from a macroeconomic perspective,” said Yao Wei, a Hong Kong-based China economist at Societe Generale SA. “If a financial market doesn’t even allow defaults, how can there be real market-based interest rates?”

How China Wants to Rate Its Citizens