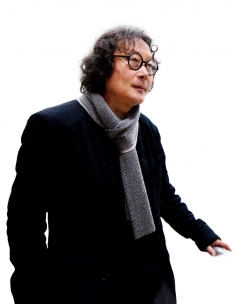 A collection of artist Xu Bing’s work is on display at the Taipei Fine Arts Museum in an exhibit titled “Xu Bing: A Retrospective.” David Frazier at South China Morning Post reports:

The show traces the 59-year-old artist’s career from his teenage years to the present day, examining nearly two dozen major series of his works. Stand-outs include a 32-metre-long rubbing of a section of the Great Wall, a book of nonsensical Chinese text so large it fills an entire room, a “tiger skin rug” composed of more than 500,000 cigarettes, and a system of writing that appears to be Chinese, but is actually English.

[…] “He tries to reactivate tradition, and that is very important, because for the past hundred years, a major controversy for Chinese intellectuals has centred around the question of how to bring in the West. But he is doing the opposite, looking back to his own culture.

“However, even though Xu Bing’s work looks very Chinese,” Wang says, “it also has very universal concerns, and that’s why it has a contemporary appeal.”

[…] Xu himself writes of a desire to express “the heart and power of Chinese culture, its advantages and disadvantages and its role in the new human civilisation of the future.” [Source]

See also an interview that Evan Osnos conducted with Xu Bing in 2010 about his artwork.