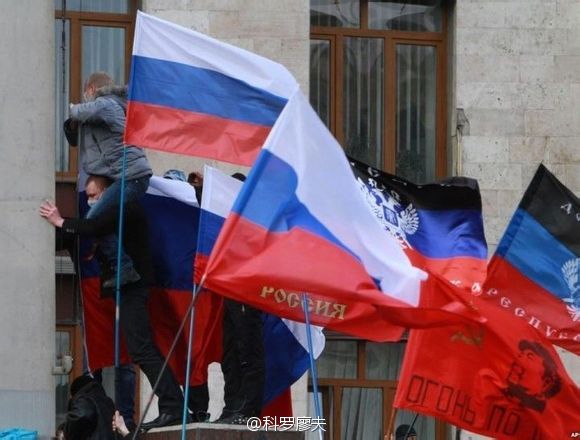 The Crimean parliament and an overwhelming majority of voters chose to join the Russian Federation, sparking protest from the US and EU and putting China in a rather difficult diplomatic dilemma. China’s government censors were quick to to forbid news organizations from making any connection to China’s own sovereignty “issues.” While Mainland news outlets were refraining from making those sensitive connections, Sina Weibo comments that did were being deleted [zh]. For example:

lc22: Seems as though China supports the Crimean referendum. So, why the opposition to Xinjiang, Taiwan, or Tibet independence? [Pondering]

: China mustn’t recognize the results of the Crimean referendum, or else it will cause no end of trouble. Imagine if Taiwan’s Democratic Progressive Party (DPP) launched a vote for independence, where would you stand then? 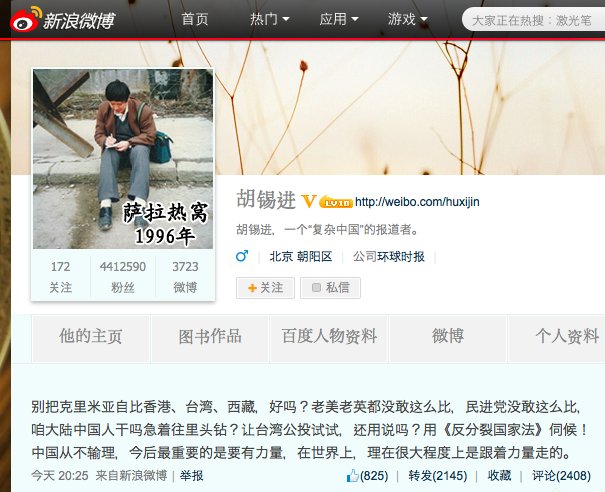 : Don’t compare Crimea to Hong Kong, Taiwan, or Tibet, okay? The US and UK wouldn’t dare make that comparison, nor would the DPP, so why are we Mainland Chinese so quick to overanalyze?  If we let Taiwan have a referendum, what do you think would happen? Let the Anti-Secession Law serve its purpose! China is never in the wrong, and from now on our need for power is most important. In this world, to a great degree, truth follows power.

As often happens after Hu lets loose a weibo, many netizens were vexed:

dididadadididadaV5: Is Editor Hu a fascist or a militarist?

JumpMan2013: The greatest power lies in the hearts of the people, not in military might. Do you understand?

爬行的琥珀: In your thinking, marginalized social groups have nearly no power, so they’re always in the wrong and must accept their misfortune as fate?

人为财_死: What’s that? The Celestial Empire has no power? The shitizens wouldn’t dare walk down this road [of the referendum]. Who else in this world has so much power?

新疆环桥文化传播: “Whoever holds the power is justified.” We’ve always been practicing this “truth” internally.

七兵QB: The precious Party’s “truth” is truly malignant; the people aren’t foolish. [We are] so sick of you, do you know that? You still pile on the BS.

悲夫-愚夫: If it only follows power, can you still call it “truth”?