Netizens to HK Actor Chapman To: Stay Out of China 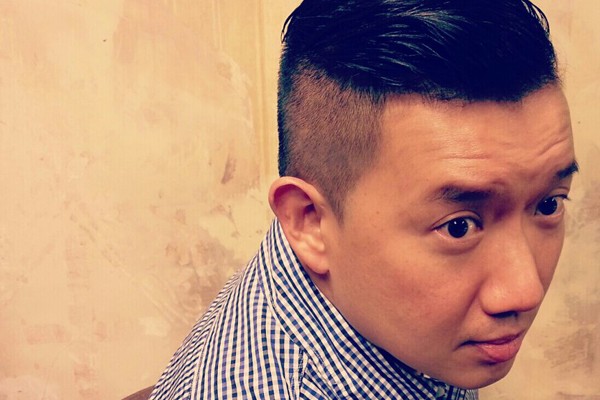 Before riot police cleared student protesters out of Taiwan’s cabinet and parliament buildings, several Taiwanese pop stars publicly supported the protest–and lost favor with their mainland Chinese fans. The students have been trying to stop the passage of a trade pact between China and Taiwan, which they believe will bring democratic Taiwan uncomfortably close to its communist neighbor. Now Weibo users are calling for Taiwanese stars like Yoga Lin to “get the hell out of China” (#台独明星滚出大陆#).

Hong Kong actor Chapman To has also spoken in favor of the protest, so enraging Chinese netizens that the Weibo discussion page “Block Chapman To from the Mainland” (#阻止杜汶泽来大陆#) now has over 52,000 “likes.” Offbeat China explains:

Chapman To is a popular Hong Kong actor best known for his comedic roles. As a Hong Kong star, he threw himself into the current controversy by calling his Taiwan celebrity friends to “ignore mainland netizens” because “they are truly barbarous.”

Flooded by Chinese netizens’ fury, he continued to point out that the criticism and anger from mainland netizens exactly proved his point. To make things worse, he went on to “declare war”: “Stop telling me to not to visit mainland China if I have the guts. I say to you: ‘I dare you guys to have the guts to keep me from performing in mainland China.’”

And thus the trending hashtag. While there are netizens who said they can understand Yoga Lin’s stance as a Taiwanese, no one stood out in defense of Chapman To.

…Even worse news for Chapman To is that he pissed off not only mainland audiences. 陈砺志, CEO of Beijing Maite Media, vowed to never use To in his production: “I will never use Chapman To in movies that I invest in. My company will also never join any project that Chapman To is in.” Popular Chinese director 高群书 also followed suit. [Source]

Yahoo News reports that To has even received death threats from angry netizens.

Chinese media are reporting on the battle with To, which began on Facebook and has carried on to Instagram. (Facebook is blocked in China, but Instagram is not.) But some of the content of To’s jabs has been left out of mainland coverage. Over the weekend, To posted a collage of selfies, purportedly gathered from mainland Chinese users, to his Instagram account. A screenshot of his post was censored from Weibo: Take a close look at some of these Mainland troublemakers on the Internet and you’ll see that they’re all born in the 1990s. They didn’t go through Six-Four [the June 4, 1989 crackdown on student protestors]. They never experienced the horrific side of totalitarianism. They are still students, haven’t yet entered society, and they don’t know the hardship that everyday people are going through. They have never seen injustice. Their families have a bit of money to go gallivanting around in foreign countries. As those with a vested interest in the status quo, they even more blindly love the Party and the country. Seeing them makes me think about the next generation of Hong Kongers, and it saddens me greatly.

Over 26,000 users have “liked” this photo, but the comments continue to call foul on To:

imgyybaby: This is what you call being a person of class and character? What a disgrace to Hong Kong. You need to seriously relearn how to be a person and a public figure, and fast. Oh, that’s right. You don’t plan on maintaining a positive public image anymore.

kiiiiissme: You’ve violated those people’s rights to use of their own image, you know that? You know they can totally sue you, right? How laughable. You know your ancestors are from Dongguan, right? I feel ashamed for you.

mangonobel: A third-rate actor starts becoming concerned about the country and the people… hitting bottom?

l_m_q_donna: How sly you are. Do the Hong Kong government and media know you’re like this? If you look down on mainlanders, why don’t you just start your own country? 🙂 Classless celebrities like you are not welcome in China.

One user, likely from Hong Kong or Taiwan (judging by his/her use of traditional characters), countered the criticism:

coffee_2307: You people blindly in love with the Party, are you brainwashed? All you do is yell at people; you never calmly analyze a situation. Are his words really wrong?

candice_wang0505: @coffee_2307 Loving the Party is different from loving the country. China is an area of land. This Party is not the only group to have ever ruled over this land. Why are people here criticizing him? It’s because he’s criticizing mainlanders—the people, not the Party. It has nothing to do with what your so-call “brainwashing.” If you don’t believe me, just watch if he were to ever say something against the Party—would this many people still be yelling at him?

Chinese netizens have wondered out loud what good democracy has done for Taiwan if it lets students storm government buildings. What they do not see–or at least, do not say–is that Taiwanese democracy has succeeded in clearing out those buildings without guns or tanks. Chinese citizens have no such protection.