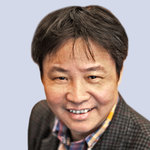 Today’s China looks nothing like the China of Mao, who died in 1976. Classes and class struggle have emerged, and every moment we can see media reports of life at the two extremes.

In one five-star hotel, a dishwasher stashed away some dining-room leftovers, planning to take them home as a treat for her college-age son. When this was discovered, she was promptly dismissed on a charge of stealing hotel property. What grieved her most was not losing her job, but witnessing such waste: “It was perfectly good food, but they wanted me to chuck it in the trash — what a crying shame!”

In a hotel in another city, a company manager and his three guests spent more than $32,000 on a single meal. Uneasy about the executive’s putting it all on his credit card, the hotel insisted he pay cash. After much argument, the boss-man called an underling and told him to get in a van and bring the money over — in 1 -yuan notes. The hotel had to deploy its entire staff to count the stacks of low-denomination bills, while the manager sat on the sofa, leafed through a magazine and said, “See, guys, I can afford to pay. Can you afford to count?”