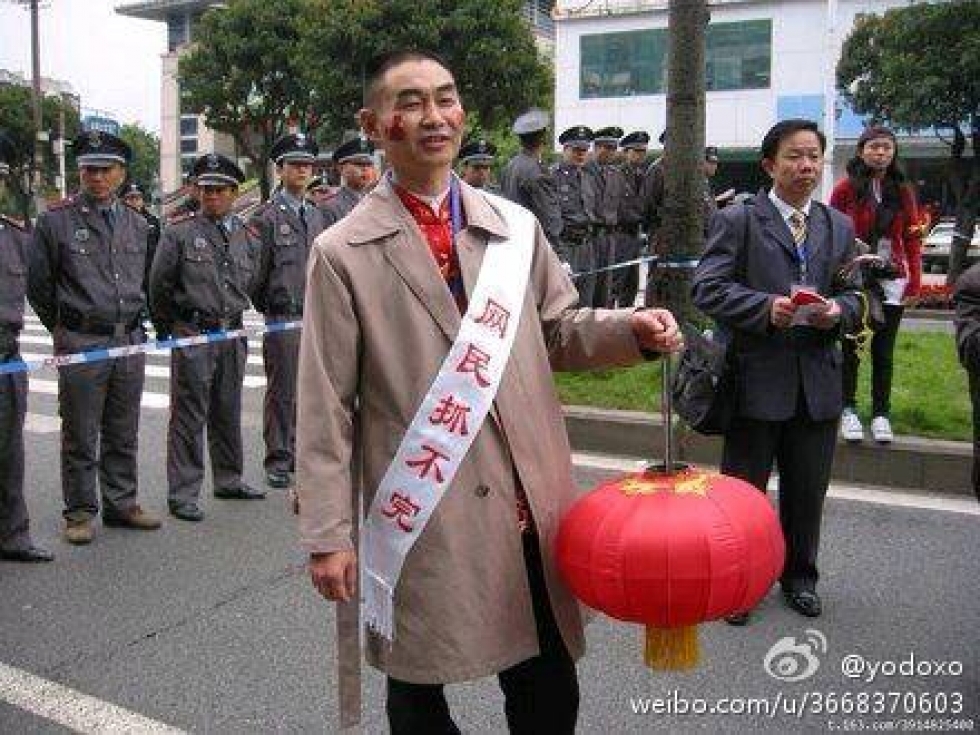 AFP reports that a court in Yunnan has sentenced Dong Rubin, a well-known microblogger and businessman, to six-and-a-half years in prison for “fabricating and spreading online rumors for economic gain.” Dong’s prison sentence follows a judicial interpretation issued last year stipulating fines or prison time for those profiting from such activities.

A Chinese blogger known for criticising the ruling Communist Party was sentenced Wednesday to six-and-a-half years in jail, state media said, as authorities pursue a crackdown on online “rumours”.

Dong Rubin — a businessman known to his 50,000 online followers by the alias “Bianmin”, or frontier person — had long discomfited officials in the southwestern province of Yunnan on issues ranging from environmental safety to police brutality.

He was found guilty by Wuhua district court of conducting “illegal business operations” and “fabricating and spreading online rumours for economic gain”, according to the official Xinhua news agency.

Dong has been detained since last September, when he predicted his own arrest for criticizing the government’s crackdown on Internet rumors. In 2009, he championed the case of Li Qiaoming, whose death in prison was infamously explained away as an accident during a game of hide and seek. In 2011, Dong also spoke out against the illegal dumping of chromium waste in Yunnan. Last year, AFP noted, he was a vocal opponent of a planned PX plant that sparked major protests in Kunming.

Other outspoken online commentators, known on Sina Weibo as “Big V” bloggers, arrested during the Xi administration’s Internet crackdown include Chinese-American investor Charles Xue, who like Dong was subsequently forced to confess his alleged wrongdoings on state television. This week the China Internet Network Information Center reported that the number of Chinese web users visiting social media websites dropped by 7.4% in the first half of the year amid tightened Internet controls. Sina Weibo in particular has seen activity crash, though the precise balance of factors behind this is disputed.