Minitrue: Cool Down on Guo Meimei 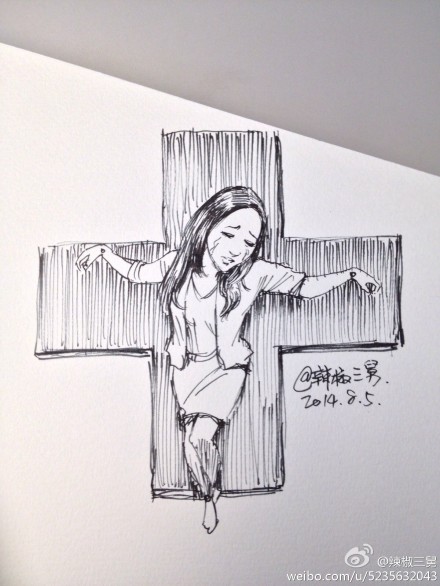 Turn down the heat on Guo Meimei news. Do not use this as an opportunity to attack the Red Cross. (August 5, 2014)

Guo Meimei, notorious since 2011 for flaunting her wealth and claiming to work for the Red Cross, appeared in a televised confession on Monday. She stated she was guilty of prostitution and gambling, and apologized for sullying the name of the Red Cross. The confession quickly followed an earthquake in Yunnan which has killed at least 400, as well as a devastating industrial accident in Jiangsu.

If the central authorities hoped to improve faith in the Red Cross through Guo Meimei’s confession, they miscalculated. Netizens are angry that her story was prioritized over the disasters of the weekend. A People’s Daily Weibo post proclaiming that her apology has cleared the name of the Red Cross has also backfired. 别有天t has a typical response [Chinese]: “Friends, if the Red Cross were innocent, would you send this kind of person to the Public Security Bureau to announce it?”