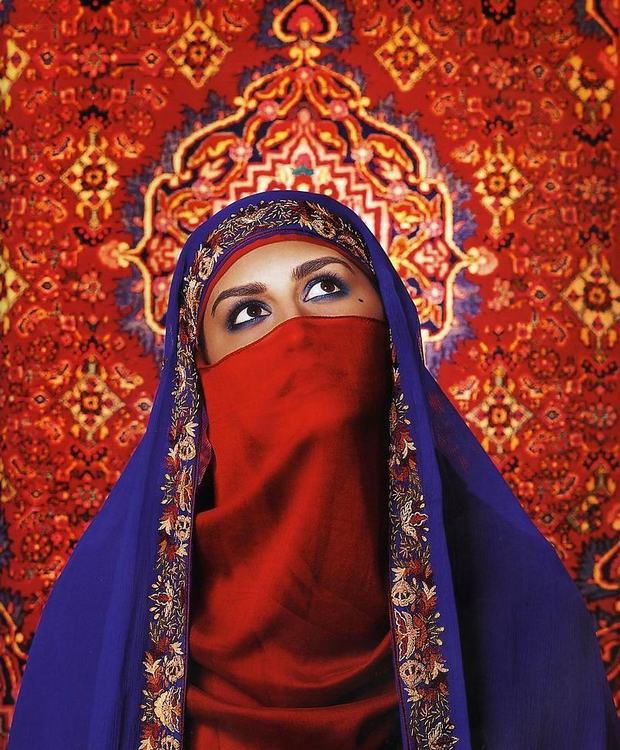 The AP reports that nine suspected terrorists were shot dead near Hotan, Xinjiang on Friday after a standoff with police. This comes after a deadly incident in nearby Shache (Yarkant) on Monday—the details of which are in dispute, with reporters barred from the scene—and the murder of a controversial state-appointed Muslim leader at a mosque in Kashgar on Wednesday.

Police in China’s Xinjiang region shot dead nine suspected terrorists on Friday and captured one, state media said, days after one of the deadliest attacks to hit the restive area in recent months.

According to China’s official Xinhua news agency, the suspects killed in Friday’s showdown in Xinjiang’s Hotan prefecture had been identified by police on Sunday “during the investigation of a terrorist group.”

Local residents aided in tracking the suspects down, and on Friday they were discovered in a cornfield in Karakax County, the report said.

Police shot dead the nine suspects and captured one of them after chasing the group to an abandoned house, where they “resisted arrest by throwing explosives into the crowd,” according to Xinhua.

There were no police or civilian casualties, the report added. [Source]

With violent incidents on the rise in Xinjiang as seen in a spate of recent attacks, Chinese authorities are engaged in a year-long, “ultra-tough, unconventional” terror crackdown. Authorities have blamed recent violence on separatism and religious extremism, have suggested that radicalism is being stoked by external jihadist organizations, and have sentenced people to as much as 15 years in prison for downloading and spreading “violent Internet content.” A report from Foreign Policy outlines Chinese concerns that Uyghur militarism is being incubated in bordering Pakistan, and how this is affecting relations with Beijing’s longtime ally :

While the Uighurs’ closest ethnic and political links are with Central Asia and Turkey, Pakistan is their connection to militant Islam. And ground zero for Uighur militants is the anarchic Pakistani tribal areas. For years, Beijing has been pressing Pakistan to take action against Uighur militants and their Central Asian supporters, the militant group the Islamic Movement of Uzbekistan (IMU), for whom North Waziristan has been an operational hub. The recent campaign notwithstanding, Pakistan’s failure to deal with Uighur militants operating from its territory has become the single greatest sore point in the relationship.

[…] With the scale of the terrorist violence escalating, however, Chinese officials have started to point to the pernicious influence of jihadi ideology and tactics, even in the absence of operational support. Since 2008, TIP’s training campshave released a worrying amount of jihadi propaganda, including videos and statements. Beijing has also grown concerned about the degree to which TIP has become networked within the array of organizations operating in North Waziristan and beyond. The propaganda material from TIP is notable for being coordinated by Al Fajr, the jihadist media forum run by al Qaeda, giving them a reach — including Arabic translations — they had previously lacked.Beijing’s fear is not just for the impact in Xinjiang, but that the Uighur cause will attract support from a wider array of jihadi sympathizers. TIP leaders are already believed to have taken leadership positions in al Qaeda, and Uighur fighters have reportedly shown up as far afield as Syria, Iraq, and the United Arab Emirates.  […] [Source]

Activists, on the other hand, say that the intensification of unrest in Xinjiang can be attributed to increasingly oppressive policies stoking long-seated ethnic tensions in the region. A report from the Wall Street Journal looks at how more women in far-western Xinjiang have begun wearing veils to assert their Uyghur identity since government regulations forbade the practice in 2012:

At least one in three [at a bazaar in Hotan] is fully veiled, with only the eyes uncovered, despite a ban on the practice here and throughout China’s far western region of Xinjiang, home to the mostly Muslim Uighur ethnic group.

[…] Rarely seen in Xinjiang a decade ago, the veil has become increasingly popular. It is now part of Beijing’s broader battle to curb what it sees as religious extremism following a wave of deadly attacks in Chinese cities in recent months.

[…] Some central government notices online say the aim is to stop women from being forced to wear the veil.

On the ground, however, local officials often respond with a total ban, according to many Uighurs and Xinjiang experts.

As a result, the veil has now become “a passive form of resistance, signifying your opposition to government restrictions on religion,” said Michael Clarke, an expert on Xinjiang at the Griffith Asia Institute in Australia.

“What is new is the intensity with which authorities are attempting to restrict it,” he said. “The concern is that China’s creating a situation that could lead to more radicalization.” [Source]

Also see a blogpost from Liuzhou Laowai with images of the “crude, racist” posters that have begun appearing in the government’s anti-terror campaign, or a post from Quartz noting how these posters could encourage xenophobia.