Why “Taiwan’s Mid-terms” are Worth Watching 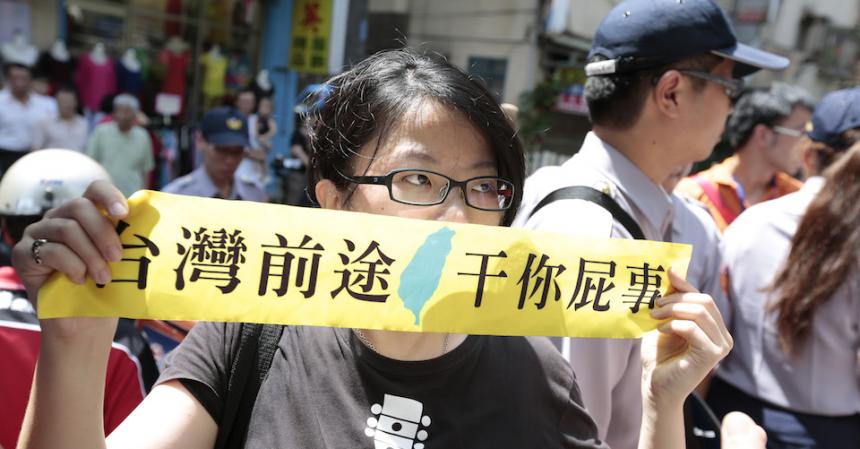 Firstly, it is for the first time that altogether 9 different elections will be combined on single voting day. Over 11,000 seats are up for election, [from 6 mayors of Special Municipalities like Taipei to 7,851 borough and village wardens.]

[…] Secondly, the marquee campaign for Taipei City mayor is extraordinarily interesting. The KMT does not have an incumbent candidate, but Sean Lien, son of KMT honorary chairman Lien Chan, should have been enough strong enough to win this traditional KMT stronghold. But this time round the KMT candidate is not running against the usual opponent from the DPP but a well-known National Taiwan University Hospital physician Ko Wen-je standing as an independent. An unusual “anyone but the KMT” alliance of the DPP, Taiwan Solidarity Union and People First Party (the latter traditionally part of KMT-dominated blue camp) have expressed support for Ko, who has managed to preserve his image as independent candidate.

[…] Thirdly, the 9-in-1 elections are the first ballots following the turbulent events of the Sunflower Movement [CDT coverage] (and similar student protests in Hong Kong [CDT coverage]). They give voters their first opportunity to express their opinion other than to responding to pollsters’ questions. Like elsewhere, mid-term elections present an opportunity to express displeasure with the government by giving the ruling party a hard time, even if it is at the local level. Will the immensely unpopular administration of President Ma Ying-jeou sink the KMT’s election prospects? [Source]

Also at the CPI Blog, Wen-Ti Sung took a closer look at the Lien-Ko race:

[…] Once the personal branding is done, in the later phases of the campaign negative tactics begin to emerge as a way to influence electoral turnout for the other camp. For example, Lien and his pundits criticized Ko’s character and ideology. Specifically, they questioned Ko’s integrity and his hospital unit’s financial records, as well as hinting that Ko is either a closet independence ideologue himself or a puppet of the opposition Democratic Progressive Party (DPP). In any case, Ko’s election would allegedly spell a certain doom for the Republic of China (ROC) polity.

[…] After the televised debate between Lien and Ko, this week the campaign finally entered Act 3, the “get-out-the-vote positive reinforcement ads” phase. Lien posted his presumably final campaign ad. Titled “One World” (同一種世界), it is a 2 minute-long music video featuring young breakdancers busting their moves to an upbeat tune. Towards the end a caption appears to defend Lien’s privileged upbringing: “Dancing is about technique and focus — one’s ‘background’ has nothing to do with it!” [Source]

With so many seats contested at local levels, Chris Fuchs reported at Tea Leaf Nation, Chinese authorities have set out to court local and township officials in the hope of winning over voters and deepening long-term cross-strait ties:

Beijing appears to have already taken steps to cozy up to Taiwan’s locally elected officials. As early as April 2012, China had already begun making plans to arrange for “contact people” from Taiwan’s various city and county governments to visit China to attend workshops for which they received mainland government subsidies, according to a July 4 column in theApple Daily, a popular newspaper critical of China that is published in Hong Kong and Taiwan. Citing unnamed intelligence sources, the article asserted that Ye Kedong, the deputy director of China’s Taiwan Affairs Office (TAO), remarked in 2012 that while “in the past, exchanges between Taiwan and the mainland occurred between big cities or high-ranking political and business leaders, now, exchanges with local village and township officials have become the important trend.” At least 75 villages and townships in Taiwan, the article said, have received direct or indirect subsidies from Beijing.

[…] Such a strategy may pay dividends for China. By gaining its footing on the first rung of Taiwan’s political ladder, Beijing can make China “seem friendlier and less scary to lower-level officials” while “helping to undercut the ‘fear of China’ narrative,” deLisle explained. He added that early cultivation of relationships with future leaders, many of them KMT party members who are more sympathetic to Beijing’s interests, could benefit rapprochement between China and Taiwan. [Source]

The Economist reported on the elections’ more immediate implications:

With presidential elections due in January 2016, the polls will be closely watched. A bad showing for the KMT would be a good presidential omen for the island’s main opposition group, the Democratic Progressive Party (DPP), which lost the presidency to Mr Ma six years ago. By then Mr Ma will have served two terms in office, so he will be constitutionally obliged to step down.

[…] Being local elections, this month’s votes are more about housing and city infrastructure than relations with China. But they still hold implications for cross-strait relations. Although the DPP is more accommodating towards China than it was before Mr Ma took office, if it gains a boost, China will look askance at it. [Source]

On Twitter, CPI Blog editor Jonathan Sullivan gave some reading recommendations ahead of the elections:

Which book is the best quick study in Taiwanese politics? This one: http://t.co/emdMiCdDoY