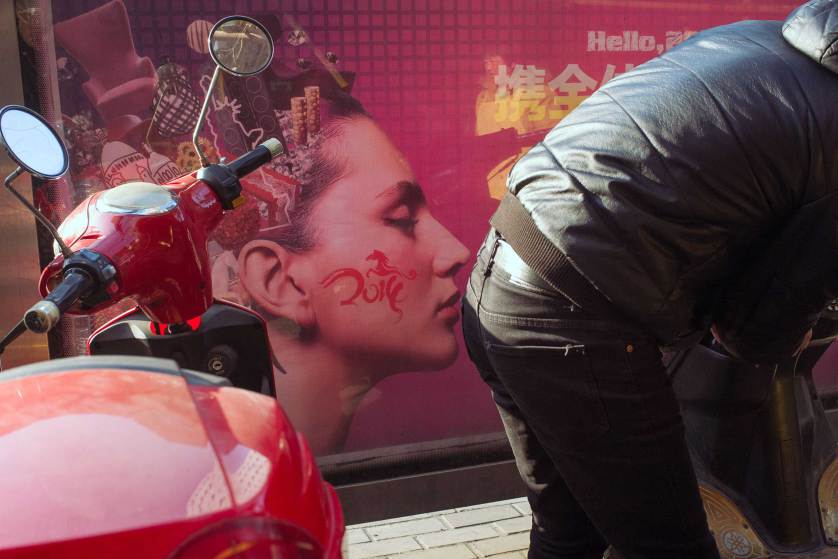 Early in October, in the third-tier Chinese city of Hefei in the province of Anhui, the young street photographer Tao Liu became an overnight sensation. His witty images, which poke fun at contemporary issues in China – from overindulging parents to commercialism and the boundless urban expansion – were first shown on Weibo, China’s Twitter-like social network, by Life Week magazine.

Within 24 hours, the post had been shared more than 40,000 times, attracting the attention of the Chinese Central Television network. A week later, Liu was a household name in China. […] [Source]

Click through to see TIME’s gallery of Liu’s work. For more of his photography, follow Liu Tao on Weibo (Grinch1982), or see an earlier profile by Photoblog.hk [Chinese].

A Conversation with ‘Tank Man’ Photographer