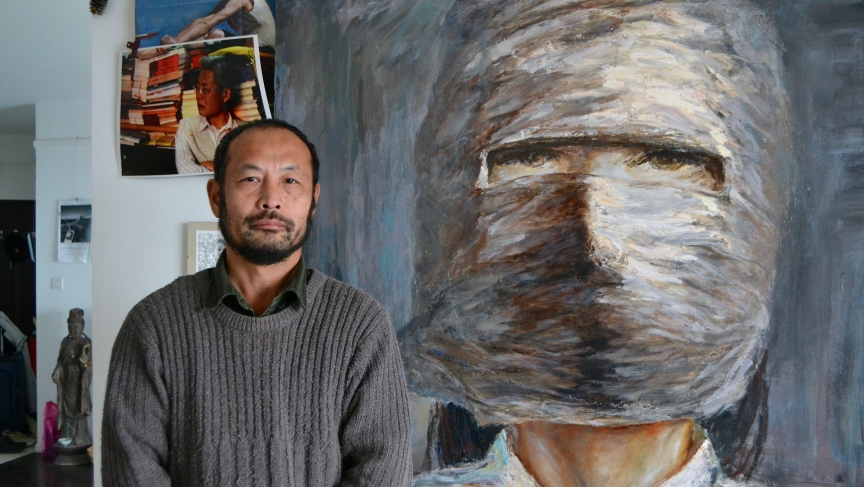 PRI profiles documentary filmmaker Hu Jie, whose work focuses on Communist Party history from the 1950s to the 1970s. His most famous work, “Though I Am Gone,” tells the story of the beating death of high school principal Bian Zhongyun by Red Guards during the Cultural Revolution. One of the assailants, Song Binbin, the daughter of a high official, recently issued a public apology for her role in Bian’s death. From the PRI profile:

“Though I am Gone” is devastating in its details. The 48 year-old deputy high school principal knew she was in danger. But Bian Zhongyun refused to flee Beijing, because she “did nothing wrong.”

Eventually, schoolgirls with the Red Guards set upon Bian with homemade weapons, including spiked clubs. Wang, her widower, got the news of her death in a phone call that evening. So, he gathered his four young children — and his camera — to go retrieve his wife’s body from the hospital.

The only time Wang breaks down in front of Hu’s camera is when he talks about being at home with his daughters and looking out the window. This is long after Bian is gone. But the family still finds itself waiting and watching for the murdered woman, impossibly, to come home.

This is this kind of simple human moment that makes Hu Jie’s films so powerful. He has done it again and again, by capturing personal stories of trauma and suffering from China’s recent history. [Source]

Another of Hu Jie’s films, “East Wind State Farm,” interviews survivors who spent more than 20 years in a labor camp after being purged as “rightists”:

Meanwhile, an article by Sharron Lovell on ChinaFile looks at how photojournalists in China are increasingly using their cameras to document more contemporary issues in Chinese society, and are moving away from being merely tools of government propaganda:

Although China’s official policy of opening up began in 1978, Liu says it wasn’t until the late 1990’s that photography moved away from propaganda toward a more unencumbered depiction of news and daily life. The arrival of the Internet in China in 1994, and the spread, in the late 1990s, of affordable digital cameras, gave more ordinary Chinese the tools to produce and publish their own images.

But Liu says a “conspicuous lack of training for photo editors,” means the best pictures are often overlooked or used improperly.

Until the 1990s, recruitment of editors and photographers was tightly controlled. “People didn’t go to journalism school or university,” Liu says. “Photographers were literally plucked out of the ranks of demobilized army and society … [and had to] fulfill a checklist of qualifications. China was still embedded in the idea of the proletariat.”