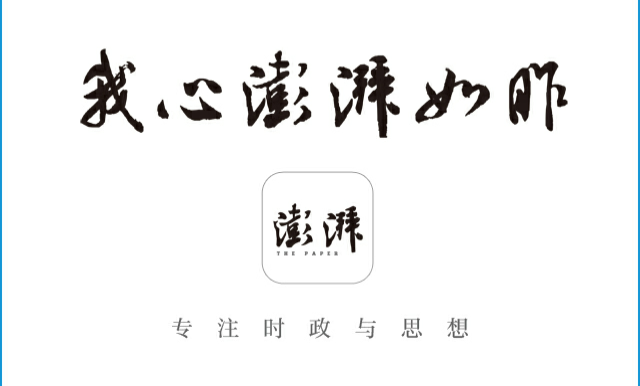 Chinese state media face new competition from independent “self-media” accounts on WeChat, dynamic provincial TV stations, and popular Weibo users. As mainstays of state media like CCTV see their audiences declining, the propaganda system is testing the waters of this shifting environment with the new outfit ThePaper.cn. The Economist looks into how ThePaper.cn communicates the Chinese Communist Party’s message “in the style of America’s Huffington Post”:

The party’s message-managers, like stodgy old-media titans in the West, are getting hip to the internet. It is a striking change. Although propaganda officials have long discussed the need to steer online content along the party’s desired path, they have usually tried to achieve this by censoring, admonishing and punishing. Censors have often been slow to respond to new technologies. Just as officials were getting microblogs under some control in 2013, enterprising journalists and bloggers leapt to WeChat. It was not until early this year that censors began a concerted effort to shut down WeChat accounts that were spreading uncensored news. Lu Wei, who is in charge of regulating the internet in China, has said harmful material needs to be “cleansed” from the internet and replaced with wholesome content.

The Paper is an ambitious effort to achieve this. It is an offshoot of the Oriental Morning Post in Shanghai, a print newspaper that is losing circulation and advertising revenue, and barely turns a profit. When Han Zheng, Shanghai’s party chief, urged the newspaper in 2013 to produce a new digital platform, its editors were thinking the same. With funding of 100m yuan ($16m) from the Post’s state-owned parent, the Shanghai United Media Group, the Paper was formally launched on July 22nd. Its mission was clear from the beginning. Just before the launch it hosted a visit by Mr Lu, the regulator: a signal of his support.

[…] Attracting online readers is crucial to the party. About 80% of those connected to the internet in China use it to browse the news. This is a potential audience for the party’s digitised line of 500m—200m more than five years ago, according to the China Internet Network Information Centre. Many read the news on WeChat, which has nearly 470m active monthly users, most of them in China. The Paper had the 13th-most popular WeChat media account in the first week of December, according to an independent ranking. The top such accounts were those run by two of the party’s most trusted organs: China Central Television and the People’s Daily. [Source]

It may not look like old school propaganda, but ThePaper.cn’s reporters and editors have been reminded not to push journalistic boundaries too far. Exposés published soon after the website’s launch have vanished. In September, ThePaper.cn was battered from both sides: it got a slap on the wrist from the authorities for failing to stick to the “bottom line,” and from netizens for selectively translating an Economist article on China’s global ambitions.

ThePaper.cn has emerged in an increasingly restrictive space for media in China. A month after its launch, President Xi Jinping called for a “new style” of media organization that integrates the traditional and the trendy. Then at October’s Beijing Forum on Literature and Art, Xi urged artists and writers to serve the people and the Party through their work. Xi singled out nationalistic bloggers Zhou Xiaoping and Hua Qianfang for their “positive energy.” While Xi praises contributors to the “literature and art battlefront,” liberal voices like Li Chengpeng and the volunteer translation site Cenci have been shut down.