Joshua Wong: “We’ll Start the Next Round Stronger” 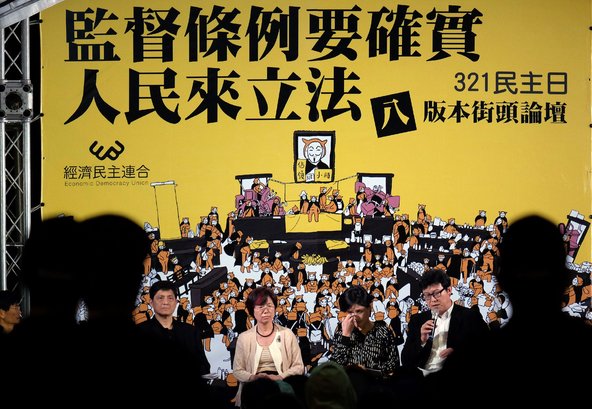 The New Left Review talks to Joshua Wong, 18-year-old founder of the Scholarism student movement in Hong Kong, about the battle against National Education; the political landscape in Hong Kong’s universities and broader society; last year’s Umbrella Movement protests; and the way forward.

What kind of balance-sheet would you make of the Umbrella Movement?

It greatly increased political awareness in Hong Kong society, as more and more people joined the movement. The city had no prior experience of large-scale civil disobedience. In 2012, the campaign against National Education involved no civil disobedience—at that time I myself was against it. The Umbrella Movement made it much more widely accepted as an instrument of change—in my view, as the only route to change in the political system, after twenty years of futile agitation of a conventional sort. Of course, this time we gained nothing by way of political reform. The government refused to give way, and the movement eventually came to an end without achieving any of its aims. But we didn’t lose the war, because we’ll start the next round stronger than we did this one.

[…] Since you’ve been blocked on the political front, wouldn’t it make sense to increase demands on the social front, given the enormous inequalities in Hong Kong society, and the wretched conditions in which the poor and the weak live in the city, while billionaires flaunt their wealth at the top? Could the government afford to be equally unyielding in the face of mobilization around issues like working hours, housing, pensions?

Hong Kong society is deeply conservative—even lower-class attitudes are right-wing. There’s no support among the poor for pensions. Anything ‘left’ is associated with the ccp: even such an elementary demand as a normal eight-hour working day, which is not particularly left-wing at all. The popular conviction is that if you just work hard, you will be a success and can become rich too. If you’re not rich, that’s because you didn’t get better results in school or in your job. Poverty is treated as an individual failure, not as a structural problem. High-school students, especially, take no interest in social issues. They just want more democracy. Their mindset is that society should become more liberal, not more equal. In general, the most popular subject for study is economics, where courses drill in the mantra that the free market is always best, and social change amounts to no more than a shift in a demand curve. It’s another kind of brainwashing, if a less drastic one than the ccp’s, but it’s not perceived as such. The only way to build Scholarism is to concentrate on political demands. [Source]

Wong also discusses the influences of the Arab Spring and Occupy Wall Street—”we had no interest”—and of the 1989 June 4th protests, whose “ritual” commemoration in Hong Kong he describes as more emotionally than politically driven.

At China Real Time, Isabelle Steger reports on the election of Nathan Law to replace Alex Chow as head of the other major student group behind the protests, the Hong Kong Federation of Students:

[…] The reshuffling of HKFS’s leadership comes at a critical time for the organization and the city’s student movement. In February, students at HKU narrowly voted in a referendum to leave HKFS. Students who called for the referendum expressed dissatisfaction at what they called opaque decision-making at the organization, for example. In a similar referendum held at Lingnan University this month, students voted to remain in the organization.

[…] Some protesters expressed anger with some of the group’s decisions during the Occupy protests, most notably a call on Nov. 30 to escalate the protests after weeks of deadlock by surrounding the government headquarters. The escalation ended in some of the most violent clashes against police seen during the protests. Some student leaders later accepted blame for poor planning and execution. [Source]

Taiwan, meanwhile, has reached the anniversary of a three-week student occupation of its Legislative Yuan in protest at a cross-Strait trade pact. A year ago on Monday, students attempted to expand the occupation but were beaten back by police; 93 of those involved were among 118 charged over the protests last month. The New York Times’ Austin Ramzy reports on students’ commemorations of the clash:

“It feels just like the situation during the occupation,” Lai Yu-fen, a spokeswoman for the Black Island Nation Youth Front, a student activist group, told reporters. “There are lots and lots of barriers, as if they are afraid the students will break in again. From our point of view, that’s not necessary.” [Source]