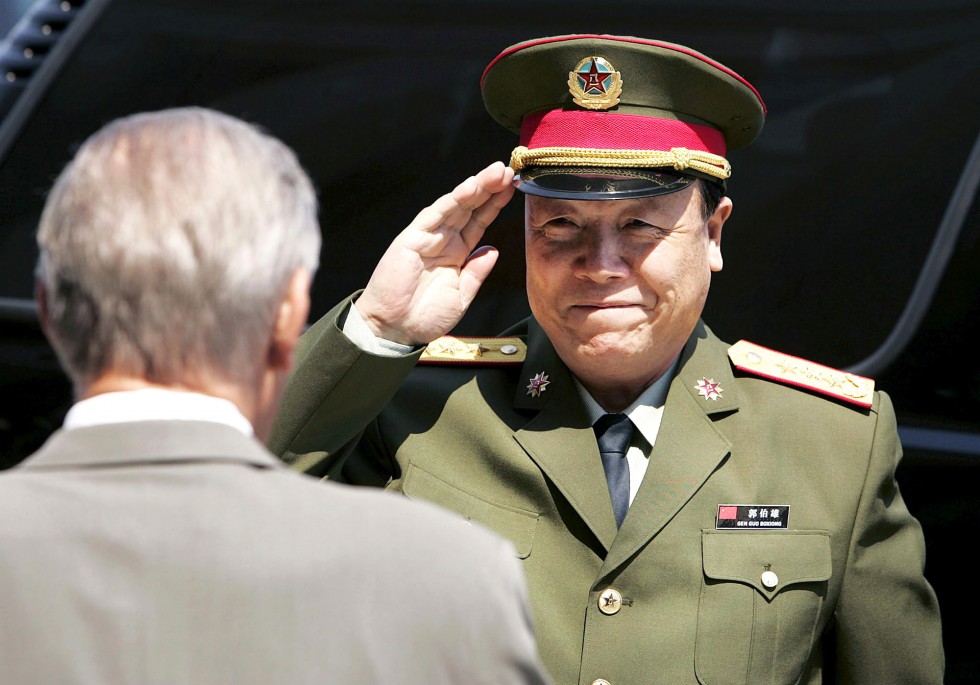 All websites must take care to find and delete the Southern Reviews article “Guo Boxiong and the Journey of the Heart of a Fallen ‘Second Generation Poor’ Official.” (August 4, 2015) [Chinese]

Guo Boxiong, a retired vice chair of the Central Military Commission, was expelled from the Chinese Communist Party last month, and is being investigated for charges of graft. He is just one of many former high-ranking officials to be taken down in President Xi Jinping’s anti-corruption campaign.

The Southern Reviews essay, which is still available on foreign-facing websites such as dailynews.sina.com, explains Guo’s corruption as the result of his successful bid for power in “the system.” Guo and others of humble origins, the piece argues, must suppress their true selves in order to get ahead politically, while those who are born into power—princelings like Xi Jinping—need not “distort their nature” for the same results.

The essay is translated in full below.

Guo Boxiong, former vice president of the Central Military Commission (CMC), is suspected of bribery. He has been expelled from the Party, and his case has been moved to the military affairs prosecutorial office, authorized by the Supreme People’s Procuratorate. The dust has finally settled.

As a few former military cadres have it, buying official positions is nothing new. Even female soldiers have a clearly marked price. As former vice chairs of the CMC, Guo Boxiong and Xu Caihou have set pernicious examples. Their downfall reveals the brute determination of the central government’s anti-corruption campaign.

The thing is, when I took a look at Guo Boxiong’s credentials, I found a familiar pattern: he is just like Zhou Yongkang, Xu Caihou, Gu Junshan, Wan Qingliang, and Liu Zhijun (who I list out of rank order). He is also a son of the common people. Born in the countryside, he spent his childhood crammed into a single level house with his family of nine. He wore hand-me-downs.

This can give people the impression that powerful people who emerge from humble origins are more easily susceptible to corruption. This is supported by certain social perceptions—for example, country boys who marry city girls are immediately suspect. People seem to have come to the consensus that the poor are easily lead astray. And this consensus is likely to legitimate the consolidation of social camps: only “our people” or “people like us” are to be trusted.

But allow me to conduct a thought experiment!

Let’s assume that a child from an ordinary family— a “second generation commoner”—and a second generation official enter the civil service at the same time. Starting from the same point, they both climb up the ladder of power, so that in N years and M years, respectively, each has become a departmental chair. May I ask, who paid the bigger price (or made more of an “effort”) to get there?

Anyone who knows how Chinese society works doesn’t even have to think about the answer. It’s the second generation commoner!

This price can be tallied from a list of charges, among them a mental price—which determines whether a person’s mind, or indeed his humanity, is distorted.

Imagine the scenario: a second generation commoner, with no background, enters the power structure. He must be obedient. When he faces his superiors, he has to learn to fawn and flatter. When he is rebuked, he has to learn to take it.  He has to find a patron. In short, in order to protect himself, in order to move up the ranks, he has to bury his true feelings. He has to sell himself. You could say that the departmental chairmanship is gained in exchange for killing the self. This is a life without dignity. The arena of power is like a black box: a second generation commoner goes in one end, and when he comes out the other, he is probably a different person.

That’s the end of the thought experiment. I think it’s now clear why poverty isn’t the source, or the primary source, of a changed nature. You can completely imagine the journey of the heart taken by Guo Boxiong and his ilk.

Something still remains to be resolved, namely why it is so easy for so many people in power to develop mental issues, or for their nature to change, for them to become rampantly corrupt; or to be impolite to the common people, to turn a cold shoulder, make trouble, or lash out at the slightest provocation; or to succumb to depression and commit suicide. The reason is this: the arena of power doesn’t create wealth, it only distributes profit. There’s no opportunity to profit from the release of your creativity like someone can in business or tech. You can only play by the rules of the game which allocates profit based on connections, and chase power to reach your goal. This poses a great challenge to a person’s sense of self. Those who lack inner strength and strength of character cannot maintain their mental health. [Chinese]