Xinjiang to Use Entertainment in Terror Fight 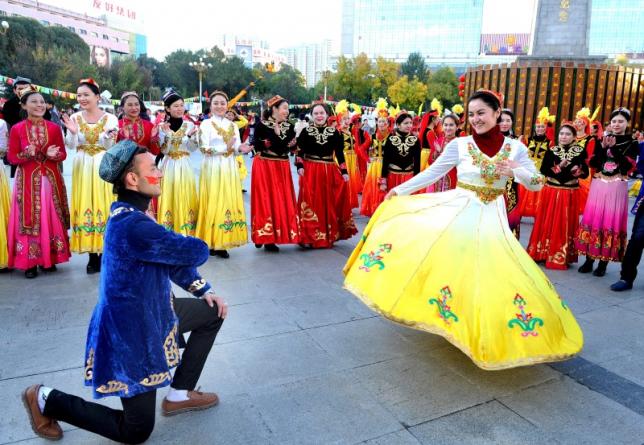 When the ongoing crackdown on terrorism in Xinjiang was first launched in May 2014, state media quoted officials on its “ultra-tough, unconventional” nature. Ultra-tough it has been, easily seen in an unexpectedly harsh life sentence for moderate (though outspoken) Uyghur intellectual Ilham Tohti after a trial characterized by Amnesty International as an “affront to justice.” Other hard tactics have also been in place, including mass public sentencing rallies, heavy regional security measures, and cultural restrictions aimed at ethnic Uyghurs. On the soft side, authorities have reinforced standard information control methods, and also adopted less conventional propaganda techniques—for example the use of a Disney-esque animation to tell a Chinese interpretation of a regional legend. At Reuters, Ben Blanchard reports on state media’s promise that entertainment will again be used to educate Xinjiang’s public about a controversial anti-terrorism law passed late last year:

[…] The official Xinjiang Daily said the government would begin a new round of public education activities to spread knowledge about China’s new counter-terrorism law, passed last year, to help improve the region’s peace and stability.

These activities will “mobilize the masses from all ethnicities to proactively and actively participate in the anti-terrorism struggle”, the paper said.

While law enforcers and lawyers would hold public talks, there will also be a “leading role for culture”, it added.

“Hold many cultural propaganda activities that delight the masses, and let them be educated through entertainment,” the paper said, citing instructions from the government. [Source]