Can an Animated Princess Ease Ethnic Tensions in Xinjiang? 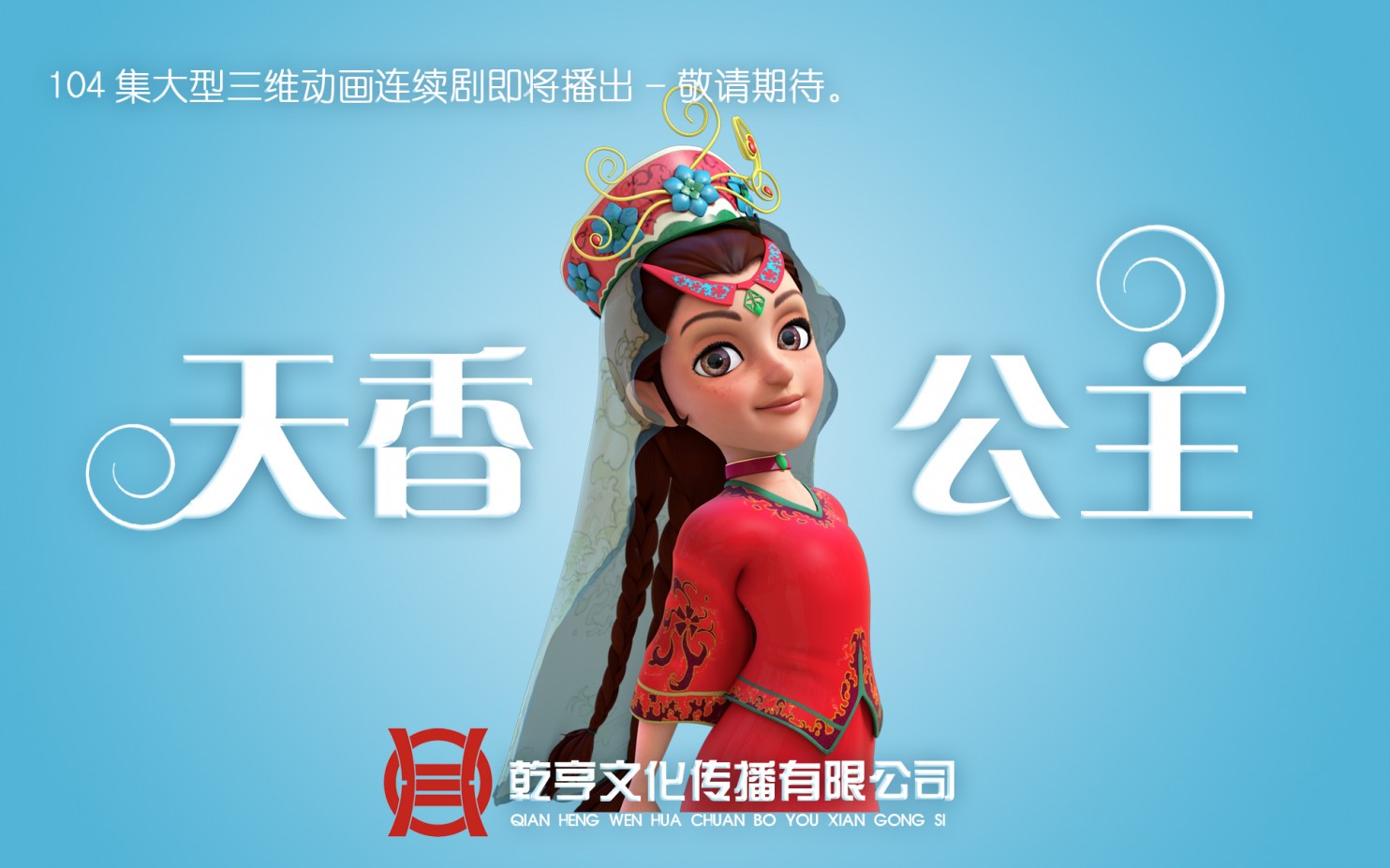 As China’s “ultra-tough, unconventional” crackdown on terrorism continues to intensify in Xinjiang Uyghur Autonomous Region, last weekend eight were executed for their involvement in the deadly October 2013 car crash near Tiananmen Square in Beijing. While “ultra-tough” tactics have been well documented since the crackdown’s launch in May—for example, mass sentencing rallies, the regulation of Uyghur’s religious and cultural practices, or armed police patrolling regions in- and outside of Xinjiang—the New York Times’ Edward Wong reports on a softer method aiming to address the ethnic tensions that underlie violence in Xinjiang:

She is the Han vision of a Disney princess transplanted to Xinjiang. Animators in the southern Chinese city of Shenzhen are creating a 104-episode cartoon series loosely based on a historical Qing Dynasty imperial consort, the Fragrant Concubine, a Uighur woman who is shrouded in myth. Working under contract with the government of the oasis city of Kashgar, the site of occasionalviolent episodes, these animators have said their aim is to paint a portrait of ethnic harmony and paper over bloody conflicts in Xinjiang.

The plot of the series, which is expected to be broadcast in 15-minute-long episodes over two seasons, follows the adventures of Princess Fragrant, her brother and their ethnic Han and Kazakh friends as they travel across Xinjiang to rescue the princess’s father from the clutches of a greedy Western explorer.

“It shows that ethnic unity is the most powerful weapon in the face of adversity,” said the director, Deng Jiangwei, in a telephone interview. “The princess and her friends also encounter other ethnicities and cultures along the Silk Road, and they learn that only by helping each other can you go far in life.” […] [Source]

A trailer for Princess Fragrant (天香公主) can be found on Youku [Chinese]:

A report from the state-run Global Times quotes an official from the Xinjiang Bureau of Culture on hopes that this cartoon could boost ethnic harmony, the economy, and the arts in the restive region:

Deng [Jianglei]’s is just one of a number of animation companies drawn to explore the new market in far west China in recent years. An aggressive promotion of the animation industry is part of China’s endeavor to build soft power.

[…] “Xinjiang’s cartoon industry can use this opportunity to develop its own market,” said Sheng Jun, a deputy director of cultural industry office at the Xinjiang Bureau of Culture.

[…] To improve the current situation and enhance ethnic relations, analysts suggest one alternative is to implant the concept of ethnic harmony, national identity and solidarity among young people via cultural productions including cartoons, dramas and TV serials.

“It is similar as fighting a war in the realm of ideology. If we don’t pass on positive energy, the opposite side would occupy the battlefield,” Sheng Jun said. [Source]

According to the Uighur telling, Seytoff said, Manchu army forces captured Iparhan while she was fighting to defend Uighur autonomy in battle. Qianlong was infatuated with her scent and beauty and sought to make her a concubine, but Iparhan attempted to kill him before the union was consummated. Later Qianlong’s mother, the Dowager Empress, ordered Iparhan killed.

Iparhan’s “is a story of Uighur resistance, not one of unity. That’s the story the Uighur people know, even if the Chinese government has made up it’s own story,” Seytoff said. […] [Source]

The promotion of state-sanctioned history has long been used to encourage social cohesion in ethnically and culturally distinct frontier regions of China. In nearby Tibet Autonomous Region, the disputed story of the Tang Princess Wencheng’s marriage to Tibetan King Songsten Gampo in the 7th century is often used to exemplify an ancient inter-ethnic camaraderie between the Han and Tibetan people. CCTV recently ran a favorable review of the musical “Princess Wencheng” in Lhasa:

In 2012, the construction of a $4.7 billion dollar theme park dedicated to Princess Wencheng began on the outskirts of Lhasa.