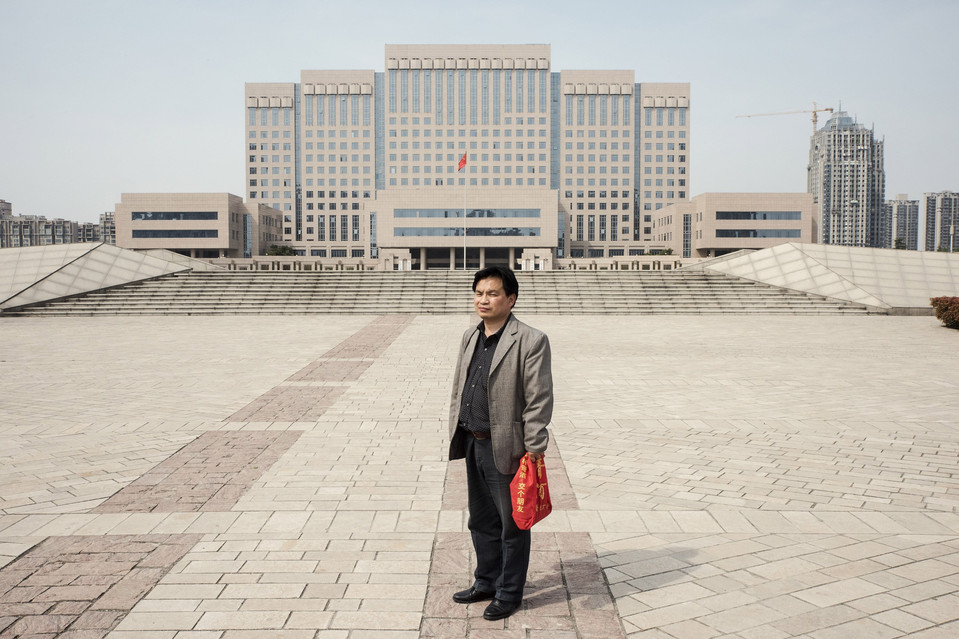 The Wall Street Journal’s Chuin-wei Yap reported this week on a wave of protests by frustrated investors, some of whom have reportedly been intimidated, beaten, or detained. According to the Journal, some 1.6 million investors lost a total of at least $24.3 billion to collapsing wealth-management products over the past year. Many say they invested because of the perceived endorsement of government officials and state media, and are now demanding reimbursement from authorities.

Protests have flared from Shanghai to the southwestern hub of Kunming to the ancient former capital of Xi’an. Crowds gathered outside the securities regulator’s Beijing offices after equity markets collapsed last summer. Others have demonstrated over their losses from financial products linked to insurance, trusts and metal trading.

These indignant investors add to unrest among a broader swath of Chinese who are openly challenging authorities, including migrant workers, coal miners and demobilized soldiers angered by job losses. A common thread: Protesters are convinced government officials and the ruling Communist Party encouraged their investment of money and labor in ways that helped build modern China, and now they feel betrayed.

“Since the People’s Republic of China was established in 1949, the Communist Party has always been something that the people viewed as trustworthy,” says retired army Lt. Col. Guo Bojin, 72, who says he lost about $120,000 to Tengfei and believes the government condoned the business. “Who can you trust, if you can’t trust the government?” [Source]

Fears that slowing growth and a faltering stock market could dent the government’s credibility and lead to social unrest became particularly pronounced in the wake of repeatedly tumbling share prices last summer. This prompted the detention and televised confession of journalist Wang Xiaolu, who was accused of spreading misinformation and panic, and an investigation into “malicious” trading led by former Beijing police chief and trusted troubleshooter Fu Zhenghua.

Yap reports that “police and public-security officials have told some journalists not to report on the collapsed lenders.” A series of leaked media directives published by CDT further illustrates efforts to manage discontent. Trying to steer a course between inciting panic and stoking further exuberance in June, the State Administration of Press, Publication, Radio, Film and Television told broadcasters not to “join the chorus of the bull or bear market. Rationally lead market expectations to prevent inappropriate reports from causing the market to spike or crash. […] Do not conduct in-depth analysis, and do not speculate on or assess the direction of the market. Do not exaggerate panic or sadness. Do not use emotionally charged words such as ‘slump,’ ‘spike,’ or ‘collapse.’” Subsequent directives ordered the deletion of various specific articles, and of reports that “Superman” Li Ka-shing was abandoning mainland investments.

Directives from the Xinhua News Agency and Central Propaganda Department in September ordered the media to take “the next step in promoting the discourse on China’s bright economic future and the superiority of China’s system, as well as stabilizing expectations and inspiring confidence.” More recently, a 21-point CPD ruling on coverage of the annual Two Sessions political meetings in Beijing demanded “quality reporting on illustrative examples of steady growth,” and a hold on negative reporting on the property and stock markets.

Protesters’ demands that the government restore losses may appear strange, but its encouragement and firm market controls fueled perceptions that the only way was up, and that it would guarantee the safety of investments. As the WSJ’s Ken Brown wrote this week, “in China, stability and political goals have long overshadowed financial realities. [… Its] markets aren’t truly markets as we understand them—they are but another political tool to be used by the central government.​” Or, put another way:

In China, "the markets are like K-Y Jelly. They can play a decisive role, but they aren't the main actor." -Jim McGregor @AmCham_China