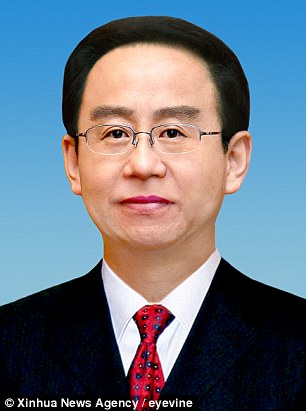 Concerning the Ling Jihua case, websites must not independently investigate, draft copy, create features, distort headlines, or aggregate prior coverage. All that you may do is republish copy from Xinhua News Agency and other central government departments. (May 13, 2016) [Chinese]

Former Hu Jintao aide Ling Jihua has been officially charged and will face trial, according to Xinhua:

The SPP said that, following the investigation, it designated the No. 1 branch of Tianjin Municipal People’s Procuratorate to exercise jurisdiction over the case.

The No. 1 branch of Tianjin Municipal People’s Procuratorate has filed a lawsuit for Ling’s case to the No. 1 Intermediate People’s Court of Tianjin in recent days, the SPP said in a statement. [Source]

An investigation into Ling and his four siblings was announced in late 2014, following allegations of a high-level cover-up of a Ferrari crash which killed his son and a female companion in Beijing. The crash occurred in 2012 in the run-up to the transition of power to Xi Jinping, and appeared to influence the sidelining of Hu Jintao and his allies as a new faction came to power. Meanwhile, Ling’s brother, Ling Wancheng, has since been living in California, despite Chinese authorities’ efforts to have him returned to China.

Xi Jinping’s administration placed Ling under investigation and expelled him from the Party as part of a major crackdown on corruption at all levels of political power, which some view as little more than an opportunity for Xi to target his political rivals. Ling Jihua and Hu Jintao were both affiliated with the Communist Youth League, which has wielded less influence as a political faction since Xi came to power. In The Guardian, Tom Phillips speaks with experts who believe Ling’s prosecution is an indication that Xi feels confident in persevering with the anti-corruption campaign, despite the political enemies that he is making in the process:

Steve Tsang, a China expert from the University of Nottingham’s school of contemporary Chinese studies, said there was no doubt he would be found guilty by the party-controlled court. The question was why it had taken so long for China’s top leadership to allow the case to come to trial.

Tsang said one explanation might be that “Xi [was] playing a balancing game between major factions within the Communist party” in order to secure his position and had been reluctant to move against Ling, because of his links to the powerful Communist Youth League faction.

Tsang said Xi had wasted little time in moving against the jailed party titans Bo Xilai and Zhou Yongkang, who were linked to the former president Jiang Zemin. But he had so far been “relatively light-handed” with those with ties to his immediate successor Hu, who is one of the key players in the Youth League.

The decision to put Ling on trial indicated that China’s president now felt “comfortable enough to get this resolved and is not worried about the backlash” from political rivals, Tsang added. [Source]